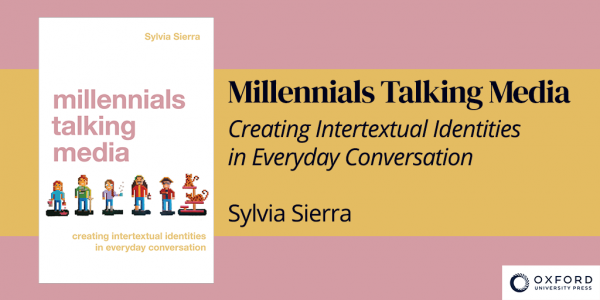 We do it all the time, sometimes without even thinking. In our everyday conversations we often quote or reference a wide array of media from songs, movies and TV shows to video games, memes and TikToks.

Not that there’s anything wrong with that.

In fact, Professor Sylvia Sierra says quoting media reveals our fun side, helps us connect and can reinforce old relationships or start new ones.

Sierra, an assistant professor of communication and rhetorical studies in the College of Visual and Performing Arts, is a discourse analyst interested in language and social interaction. Her first book, “Millennials Talking Media: Constructing Intertextual Identities in Everyday Conversation,” is scheduled to be released Nov. 9 and is available through Amazon and other major booksellers. 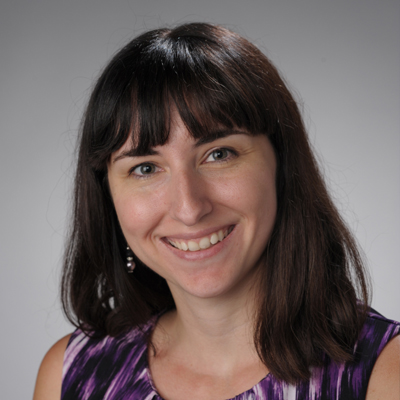 In this conversation, Sierra explains why quoting media is common with everyone from boomers to zoomers, why we do it, and why quotes from old movies and books never go out of style.

Q: Tell us more about your new book.

A: The book is about how and why people in everyday conversation quote media. The how is how people signal they’re making a media reference phonetically, so they’ll often stress a certain word or phrase. Oftentimes, the catchphrases we like in movies are marked anyway; they stand out because of the way they were said, and so when we repeat them, we tend to mimic that. An example is Arnold Schwarzenegger’s “I’ll be back” from “The Terminator.”

Then, how do people show that they got the reference? People will often smile, laugh, they might repeat it or savor it, they might further quote lines from whatever the source is and engage with it playfully.

But what I’m most interested in is the function: Why do people make these references in the first place? Sometimes, it’s just fun and silly. But what I found was there were a lot of cases where people use these when there’s an awkward interactional moment in talk, where maybe, for instance, something unpleasant is being talked about and one member of the group doesn’t have the experience or knowledge to participate in that talk. So, someone will make a media reference and that will smooth over the awkwardness, make people laugh and then everything has shifted to the media that presumably everyone in the group share knowledge of and can bond over.

Q: What do you hope readers take from the book?

A: Part of the goal of the book is that you can use these references with a little more intentionality. If you’re in an awkward moment, or you’re trying to make a new friend, you can reference media that you both share. Or if you’re trying to reinforce an old friendship, quote some of your favorite media.

There is a dark side, though, which is the fact that there’s a lot of stereotypes in the media we consume. So sometimes when we quote media, we unthinkingly reproduce those stereotypes. That’s another angle I look at in the book: How do those stereotypes make their way into our talk and what are the effects of that in the conversation?

Q: What’s the impact if you make a reference that people don’t get?

A: It’s a double-edged sword because anything that can be used for bonding can also be used for exclusion. For example, you can almost exclude yourself if you’re from a different generation in a classroom of people who are all from the same generation and you’re making a reference that’s not relevant to them. It can make people feel left out, either intentionally or unintentionally.

Q: These references are so prevalent. Why do we use media quotes instead of saying something else to be funny or engaging in these social settings?

A: I think there’s a joy to sharing a source of knowledge with someone else. It makes you feel like you’re part of this in group, even if it just within a family. There’s a joy from having the same references, having experienced the same thing and getting to share that over time; I think that’s a part of what makes it powerful. I also think we appreciate repetition. It’s something that’s familiar to us, and it can have a nostalgic value, repeating things from media that we’ve seen or experienced together.

Q: Are the sources of media references changing over time?

A: In my book, for people my age—millennials—the most cutting-edge things we might have referenced were video games, YouTube videos and internet memes. Now, people are referencing TikToks, which weren’t around when I was collecting my data. It changes over time, and it’s interesting to see the spread of media that people reference.

One thing I found in my research is that we still reference very old books such as “Moby-Dick.” There’s this range of relevant media and I hypothesized in my book that with each generation, that shifts forward a little bit because you’re updating your references with new media but still quoting old media. It’s not like when all you had was printed literature and the Bible or other religious texts and that was your set of references. Now we have so much more to draw from and we’re constantly updating it.

Q: “Moby-Dick” is a good example. It was published in 1851, yet people still say they’re chasing their white whale. I don’t think students are reading it in school, it hasn’t been a movie in a long time, yet the theme is still relevant.

A: People recycle media, so there are adaptions. For example, there’s this 1930s movie called “Freaks” and there’s a scene where all of these circus characters are chanting “One of us! One of us!” I found that has been referenced in over 30 TV shows and movies. So, people may have never seen the original, but they get it from “The Simpsons” or somewhere else. And with “Moby-Dick,” I imagine that’s probably the case. It gets quoted and referenced in other places, and people pick it up from that.

Q: Is there a top 10 list of quotes or references that are most used?

A: There are some that are very common. In “Seinfeld,” “not that there’s anything wrong with that” is very commonly referenced. There is a list of the most common movie quotes, and I think No. 1 was from “Gone with the Wind,” the “frankly my dear, I don’t give a damn” phrase.

In the movie “The Princess Bride,” there are a few quotes that are common, such as “You keep using that word. I do not think it means what you think it means.” And that’s great, because you can pull it out whenever you think someone is misusing a word.

Q: It sounds like the use of media references isn’t going away any time soon.

It is an interesting question, though, as we get a broader array of media to choose from, how many shared texts will there be since everyone is watching their own shows? But in my class the other day, I had students record conversations and transcribe them and bring them in. In one conversation someone was singing a popular song that’s on TikTok–the “Berries and Cream” song, or “I’m A Little Lad Who Likes Berries and Cream”–and when the students heard it, they all laughed. They all recognized it as a popular viral song at the moment.