Department of Drama Announces the 2021/2022 Season

The Department of Drama announced a return to in person, live performance for the 2021/2022 season beginning with the contemporary romantic comedy “In Love and Warcraft,” Nov. 12-20 in the Arthur Storch Theatre. 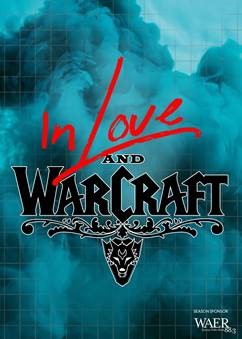 For the health and safety of all patrons and performers, the Department of Drama will follow COVID safety guidelines. Current guidelines require that all attendees regardless of vaccine status must be masked and provide proof of vaccination or negative COVID test (PCR test six hours prior to arrival at theater or antigen test 72 hours prior to arrival). These guidelines will be reassessed and are subject to change as the season progresses.

Additional projects off the mainstage feature original work. In the fall, faculty member Ricky Pak leads an ensemble in a devised piece called “Id” that will be videoed and distributed in a series of installments. In the spring, faculty member Kathleen Wrinn leads a new initiative, “New Voices, New Work,” to support the development of new musicals by writers and composers whose perspectives have been historically underrepresented in the musical theater canon. Performance dates for the musical are March 1-6.

“Our plays this season all deal in one way or another with separation and a struggle to connect and reunite,” says Holly Thuma, Department of Drama interim chair. “For many of us the pandemic has meant a separation from friends, from loved ones, and at times banishment from community. There is something magical about a live performance with a live audience in the room, about our coming together for the telling of stories, and the ritual of our communal experience.”

Directed by faculty member Matthew Winning, “In Love and Warcraft” is the work of playwright Madhuri Shekar, an alumna of the Ma-Yi writers lab and the Center Theatre Group Writers Workshop and a co-creator of the Shakespearean web series “Titus and Dronicus.” The play was developed at The National New Play Network MFA Playwrights Workshop and premiered at the Alliance Theater in Atlanta in 2014, the same year it won the Kendeda National Graduate Playwriting Award.

“In Madhuri Shekar’s delightful ‘In Love and Warcraft,’ we follow a young woman’s isolation, her journey into the virtual world of gaming and her struggle to connect with real-life love,” Thuma says. With a script that is light, fast, youthful and spiked with goofy jargon, “In Love and Warcraft” offers an insightful look into the struggles of intimacy in the digital age.

Chicago-based playwright Ike Holter has written seven plays set in a fictional fifty-first ward. In “Sender” he zeroes in on a group of millennials whose lives are disrupted by the mysterious disappearance and equally strange reappearance of one of their friends. With sharp wit, Holter examines what it means to become an adult today. Department of Drama alumnus Terrence Mosely directs.

The season continues with two lively and exciting contemporary takes on Shakespeare. One of the four romances Shakespeare wrote late in his career, “Cymbeline” blends the fantastical with comedy, adventure and a moving love story. The Department of Drama production features a modern verse translation by playwright Andrea Thome. Thome’s version of “Cymbeline” was originally commissioned by the famed Oregon Shakespeare Festival (OSF) as part of the company’s “Play On Shakespeare” project, an ambitious undertaking that enlisted the talents of a diverse group of contemporary playwrights, screenwriters and dramaturges from diverse backgrounds to re-envision Shakespeare for the 21st century. The goal of the project was to translate 39 Shakespeare plays into language accessible to modern audiences while never losing the beauty of the verse. “Cymbeline” will be directed by faculty member Christine Albright-Tufts, who spent more than a decade as a company member at OSF.

“With this version of ‘Cymbeline,’ translated by Andrea Thome, Syracuse University becomes one of a growing list of universities and theaters who are partnering with ‘Play On! Shakespeare’ to produce new modern English translations of Shakespeare’s beloved plays,” says Albright-Tufts. “The company’s mission is to connect contemporary playwrights with the classical texts, in order to enhance audience understanding of Shakespeare.”

Following “Cymbeline” and closing the season is a musical adaptation of the comedy favorite “As You Like It.” Adapted by Shaina Taub and Laurie Woolery with music and lyrics by Taub, this delightful trip to the Forest of Arden was created for the Public Theater’s Public Works Program, an initiative that aims to restore and build community by connecting people through the creation of extraordinary works of art. Named by the New York Times as one of the best shows of 2017, “As You Like It” casts a musical and magical spell. Rodney Hudson directs.