As part of Syracuse University’s Orange Central alumni weekend, Syracuse University Libraries, the College of Visual and Performing Arts, S.I. Newhouse School of Public Communications and WAER will host an event titled “Return to Jabberwocky” from 6:30 to 8:30 p.m. Saturday, Oct. 30, in the lower level of Bird Library. 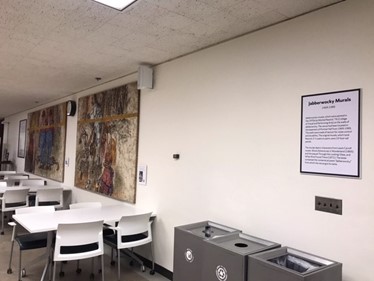 Two of the original Jabberwocky murals, located in the lower level of Bird Library.

“The Jab,” as it was fondly called, was a student-run musical venue that operated in the Kimmel Hall basement from 1969-85. The Oct. 30 event will feature live music performed by Gary W. Frenay ’07 (Newhouse School) and Arty Lenin, local musicians who performed at the original Jab. It will also include a panel discussion from people involved in operations of the Jab, including: 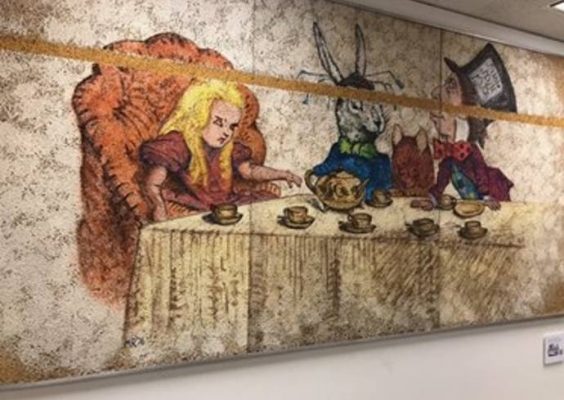 The Jab was a beloved student-run musical campus and community venue, which showcased emerging and well-known local, regional and national musicians such as Charles Mingus, The Talking Heads, James Taylor, Jackson Browne, New Riders of the Purple Sage, Bonnie Raitt and Cyndi Lauper. During the same time period, WAER was completely student-operated with a focus on local programming. Many of the Jab shows were broadcast live on WAER.

“The Jabberwocky was clearly an iconic institution that defined a significant part of the student experience of the time,” said David Seaman, dean of Syracuse University Libraries and University librarian. “In collaboration with our campus partners, we are pleased to host this event, which I’m sure will bring back fond memories for alumni of the 70s and 80s.”