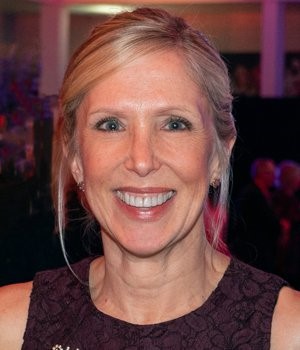 Lisa Dolak has spent more than 35 years as a member of the Syracuse University campus community—first as a law student, then a professor in the College of Law and more recently as senior vice president and University secretary to the Board of Trustees. Now, after serving under three Board chairs over a seven-year period, Dolak has announced she will leave the Board post in December and return to the College of Law faculty in January 2023.

After serving in an interim capacity beginning in January 2015, Dolak, the Angela S. Cooney Professor of Law, was appointed senior vice president and secretary to the Board of Trustees in May 2015 by former Board Chair Richard L. Thompson G’67. She has since served under two Board chairs, including former Chair Steven W. Barnes ’82 and Kathy Walters ’73, current chair of the Board of Trustees.

“The Board of Trustees will greatly miss Lisa’s extraordinary dedication, penetrating insight and profound sensitivity to governance issues,” says Walters. “She has been a tremendous asset to the Board office as a leader, counselor and trusted advisor. It’s hard to put into words just how much impact she has had on the Board, the University and our community.”

Dolak’s leadership led to significant change in the Office of the Board of Trustees. Among her many achievements, Dolak implemented enhanced Board and Board committee governance processes; strengthened orientation programming for new trustees and dean, faculty, staff, and student representatives to the Board; and established a comprehensive self-assessment review of the Board and the Board’s standing committees.

Dolak says her time in the Board Office has been deeply gratifying, challenging and the highlight of her professional career. “Syracuse University has played such a significant role in my life,” says Dolak. “I am an alumna. My daughter attended the University. I have worked and taught here for most of my professional life. Reflecting on my time in the Board Office, I have truly valued the work I have done, the people I have worked alongside and the great leaders I have had the privilege of supporting. I am proud of the infrastructure we collectively built to support excellence in University governance.  Shared governance is important work and critical to the success of any institution, especially one as complex as Syracuse University. I most appreciate the trust the Board, Chair Walters, Chancellor Syverud and this community placed in me.”

Echoing Walters’ sentiment, Chancellor Kent Syverud says, “Lisa’s passion for her alma mater combined with a deep sense of duty in carrying out her responsibilities on behalf of the Board and the University made her uniquely suited for this role. She is a strategic thinker, a masterful problem solver, an effective communicator and a tireless advocate for shared governance. Lisa has always worked to ensure that the best interests of our students are at the forefront of all decision-making. Her leadership and steady hand will be missed.”

Dolak first joined the College of Law faculty in August 1995. She was promoted to full professor in August 2005, at which time she also served as senior associate dean for academic affairs, a role she held from 2005-2008. Dolak is admitted to practice in New York and before the U.S. Patent and Trademark Office. Prior to attending law school, Dolak worked for several years as a synthetic organic chemist in pharmaceutical research aimed at the development of new drugs at Bristol-Myers and Ayerst Laboratories Research Inc. She earned a bachelor’s degree in chemistry from Duquesne University and a juris doctor summa cum laude from Syracuse University’s College of Law.

With Dolak stepping down from her Board Office role, Walters also extended her gratitude to Guilherme Costa for his willingness to serve as interim university secretary until Dolak’s successor is named. Costa, who joined the Board Office in August 2020 as senior associate vice president and deputy University secretary, previously served as vice president, general counsel and secretary to the Ithaca College Board of Trustees. Prior to his time at Ithaca, Costa served as general counsel to the South Dakota Board of Regents.