United Way Campaign Kicks Off During Football Game Against Clemson

When you look up at the massive center-hung scoreboard during the big football game between Syracuse and Clemson Oct. 15 and for other football and basketball games at the stadium this fall, Andrew Goodrich is hoping you’ll notice two things:

The Orange is winning, and a reminder to donate to the United Way of Central New York. 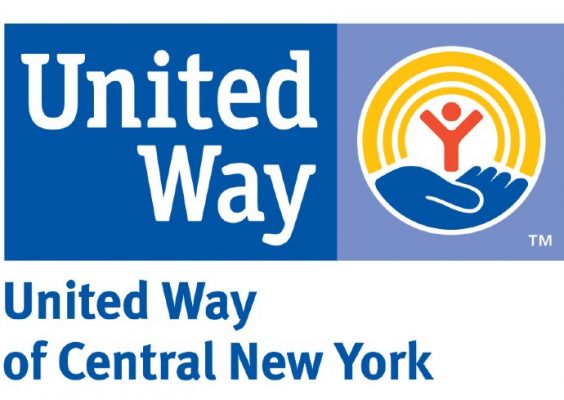 The Syracuse University United Way Employee Giving 2022 pledge campaign will officially kick off Oct. 15. Goodrich, deputy athletics director and chief marketing officer for athletics, says employees and community members who attend the game will be reminded of the campaign in various ways: public address announcements and video slides encouraging fans to text to donate (“SU United” to 85511); a video from former basketball star Demetris Nichols encouraging fans to text to donate; and a video promoting the United Way.

“When you visit the Dome and you see that crowd, and then you look up and you see that United Way sign, I’m hopeful it’s a reminder that so many people in that crowd, in that moment, have been affected positively by the support of the United Way and its network of community supporters,” Goodrich says. “I would encourage everyone to donate; no matter the size of the donation, it does make a difference. Every donation is an impactful one.”

The campaign runs through mid-December and University employees are encouraged to consider making a voluntary pledge through MySlice for either a one-time donation or a regular donation through payroll deduction each pay period. For those who prefer a paper pledge card, contact campaign coordinator Maggie Ekdahl at meekdahl@syr.edu or 315.443.8052.

The co-chairs of this year’s University campaign are Ryan Williams, vice president of enrollment services, and Michael Frasciello, dean of the College of Professional Studies.

“When you donate and support the United Way, you see the impact immediately across the non-profit organizations that the United Way supports,” Frasciello says. “I just think it’s an obligation that we have as active participants in this community.”

The United Way of Central New York funds 64 different programs at 27 local agencies, and all funds raised stay in Central New York. For every dollar donated, an additional $3 comes back to the community in matching funds, which allows the United Way to leverage and direct these funds to address the most critical needs in our local community.

“Giving to a single organization is great, but by thinking about donating to the United Way, what you’re doing is supporting a blanket of services, a plethora of services, that may help individuals or families cover a multitude of issues and needs,” Williams says.

“I believe that communities are strong because people make them strong, and therefore I personally feel an obligation to support those organizations that are really responsible for the quality of our community and the quality of life of our citizens,” says Catherine Gerard, professor of practice in the Maxwell School of Citizenship and Public Affairs. “I want to be part of that, so the way I’m part of that is I contribute to the United Way.”

While typical department activities include bake sales, team games and gift basket raffles, departments have been very creative over the years. The iSchool team brought their dogs to work and students and staff who made donations were able to spend time playing with the dogs. Last year, the Facilities Services team created a unique piece of memorabilia by placing a section of the old stadium roof into a shadowbox frame with a photo and held a silent auction among its team that raised nearly $1,000 for the United Way.

“Over the years we’ve learned from our employees who have tried new ideas and contributed to the campaign and supported a variety of fundraising events,” says Cydney Johnson, vice president of community engagement and government relations who oversees the campaign. “It’s a strong and positive team effort!”

Employee participation in the campaign is voluntary and participating employees can select either an automatic payroll deduction or a one-time donation in any amount. University retirees are also invited to participate as many enjoy the longstanding tradition and generous spirit of this annual event.