Making a Difference on the Battlefield, in the Corporate World and at Syracuse University

Share
College of LawCollege of Visual and Performing ArtsinternshipsMartin J. Whitman School of ManagementOffice of Veteran and Military AffairsStudent veteransStudentsveterans 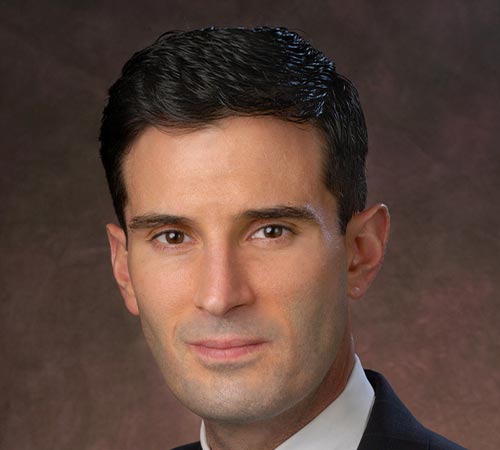 The incoming chair of the Office of Veteran and Military Affairs (OVMA) Advisory Board, Richard M. (Rich) Jones ’92, G’95, L’95, believes that President Abraham Lincoln’s second inaugural address provides us with a call to action. He says that the most important obligation as a nation and as a university community is to “[T]o care for those who have borne the battle.” Jones says it is this very commitment that has guided the leaders of Syracuse University for many decades and will shape the future for generations to come. “The idea of how to best support our veterans and military families is continuously evolving,” Jones says. “Our nation spends billions of dollars each year recruiting and then training our young men and women in uniform. We need to be as equally purposeful as they transition out of uniform and into the civilian workforce.”

Jones, who is the executive vice president, general tax counsel and chief veteran officer at ViacomCBS, believes the OVMA is well-positioned to build a broader, innovative network of support for veterans and their families—one that leverages the resources of the University as well as those of the public and private sector.

“In my estimation, in order for the OVMA to be as impactful as it can, we must, to use a military term, be hyper aware of ‘the conditions on the ground’ because conditions affecting this generation of transitioning veterans are changing in ways that we can’t even imagine and they will need our best thinking and support,” he says.

Jones describes himself as just a hard-working soldier who has never forgotten where he came from. He was a non-commissioned officer in the U.S. Army, where he served honorably as a member of the 75th Ranger Regiment and 10th Mountain Division. “I still operate like the staff sergeant that I was: head on a swivel, always looking out 1,000 meters,” Jones says. “Our mission at Syracuse University is to provide a world-class education. What should distinguish our approach to serving student veterans? What Syracuse does, which is so unique, is to supplement the classroom instruction with community, support, mentoring and life-coaching and always providing the practical survival skills necessary to be successful in the civilian workplace and beyond.” 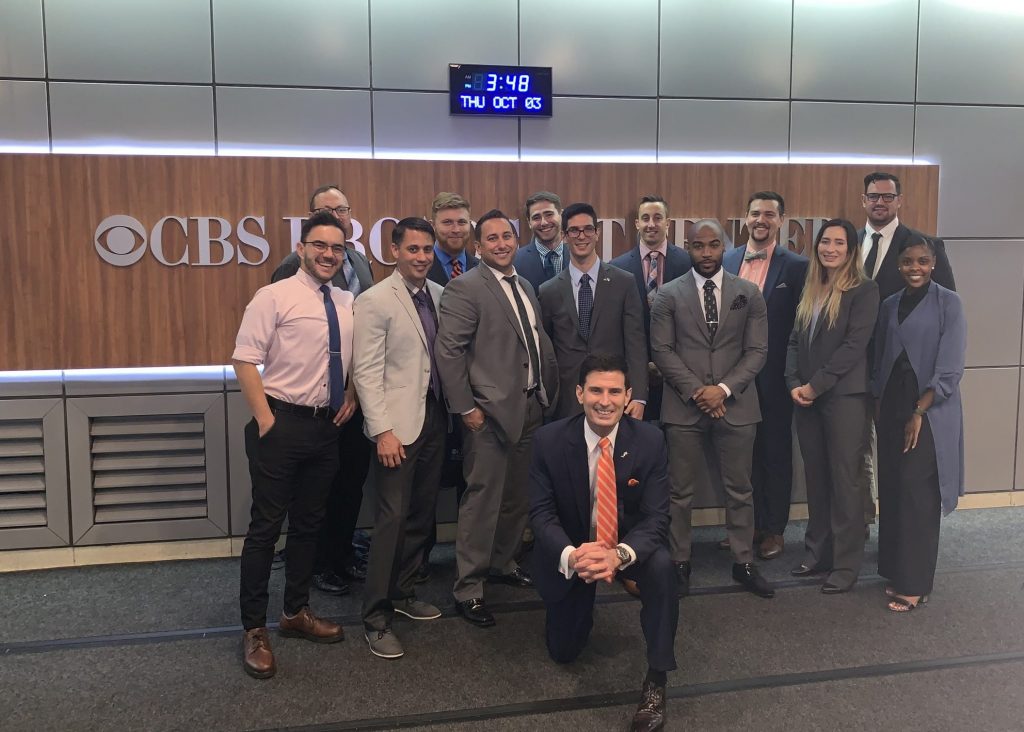 Jones credits Syracuse University for changing his life and providing the guidance, support and education that he needed to successfully take on the challenges of life after the military. After six years of service, he was medically retired from the Army after being critically injured when his parachute malfunctioned during a training exercise. Jones was being treated at the Syracuse VA Medical Center when he made the decision to hobble across Irving Street on crutches to campus and found his way to the office of Horace Landry, professor emeritus of accounting in the Whitman School of Management and a WWII Navy veteran. Jones says that Landry’s genuine concern exemplifies the old saying that “everyone needs someone in their life to give them the courage to be what they are meant to be.”

Despite any success, he has never forgotten how gut-wrenching it was to have his military career end and how difficult it was to overcome the pain, physical limitations and trauma. It drives him to help others, just like Professor Landry and the Syracuse University community helped him, to get to the other side stronger and empowered.

Jones, who was awarded the University’s highest alumni honor, an Arents Award, in 2014, works closely with many of the nation’s most impactful veteran service organizations to ensure that we honor the sacrifice of this generation of veterans and their families. He founded the ViacomCBS Veterans Network 13 years ago to provide mentoring, education, internships and economic empowerment to veterans. He considers it a great honor to serve as the chief veteran officer at ViacomCBS where nearly 1,000 veterans are currently employed, bringing with them skills essential to both military and corporate success, like leadership, problem solving, teamwork and attention to detail. 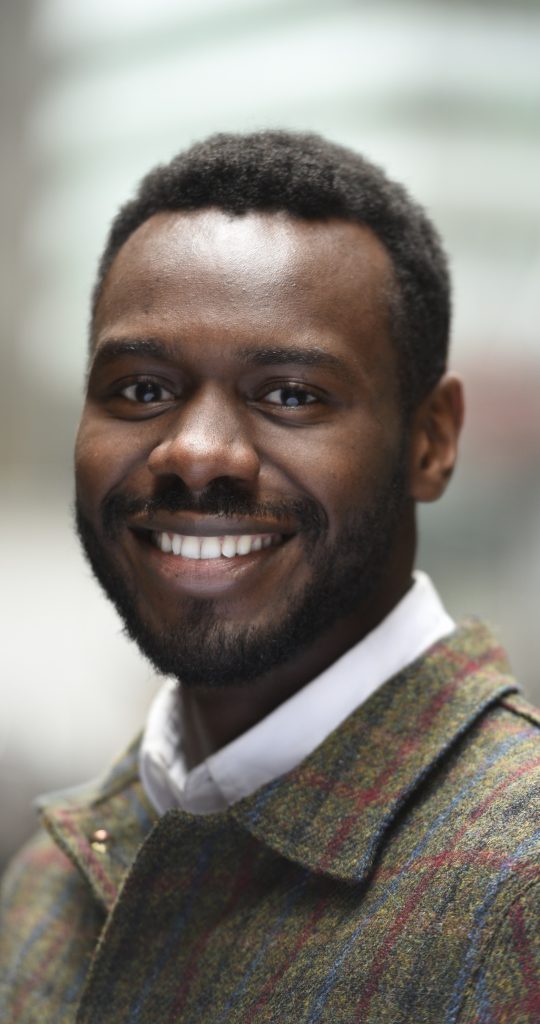 “For us, it’s all about selfless service and quiet, impactful action,” says Jones. He cites the Veterans Immersion Program as an example of how companies can help student veterans with hands-on experience, career-building workshops, professional development courses and networking opportunities.

Thiéyacine Fall G’22, who is pursuing an MBA at the Whitman School, is one of the program interns, working in the Global Sourcing Department. Fall was an active-duty U.S. Army soldier in the infantry, assigned to the 10th Mountain Division and deployed to Afghanistan in 2010. When he left the service, he got an undergraduate degree at Fordham University. “When I got out of the service, I saw all these promotional promises: ‘Hire vets! Hire heroes!’ I figured if I got a degree, the doors would be open, and the bounty would be plentiful,” Fall says. “But the reality was—there were no doors.”

Fall discovered the painful truth suffered by many veterans. Companies didn’t seem to value the skills they had developed on the battlefield.

Janina Rios, another ViacomCBS intern and Syracuse University undergraduate, was similarly discouraged. The army veteran had gone directly from high school into basic training, serving in the National Guard before suffering an injury that forced her into medical retirement. “Everybody kept saying it’s going to be easy, you served in the military,” Rios says. “But every time I applied for a job, I was told I didn’t meet the qualifications.” 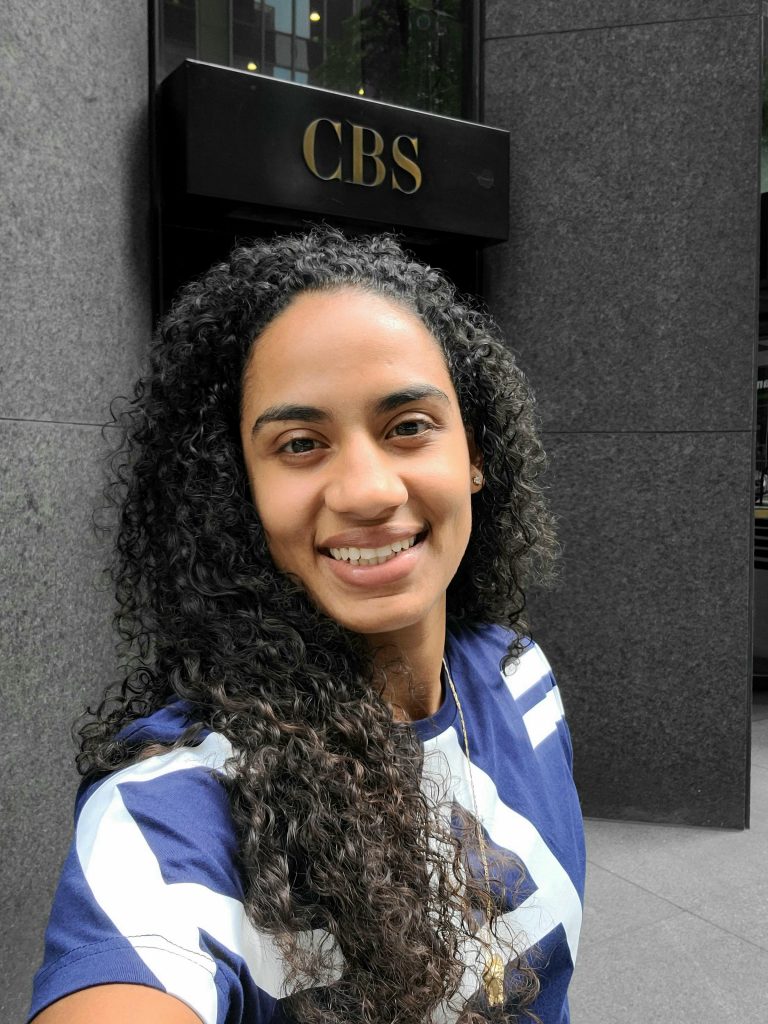 Looking back, Rios wishes someone had helped her translate her military skills into civilian language to improve her resume and her interviewing skills. That’s exactly what the programs at Syracuse University, OVMA and the ViacomCBS Veterans Network can help with. Rios, now majoring in film studies in the College of Visual and Performing Arts, is editing content to create engaging videos. “The fact that I was selected for the internship in my freshman year and am able to connect with people who are extremely passionate about veterans…it’s genuine love and care that you’re experiencing, along with mentorship and understanding,” Rios says.

Both Fall and Rios say that the greatest challenge for veterans transitioning to civilian life is the lack of structure. The internship program provides opportunities that are well-defined and a clearer pathway to career success. “Rich Jones is making the roadmap easier for me,” says Fall. “And I’d like to make that roadmap easier for other veterans.”

“We have to make sure that we provide our student veterans with the mindset and the tools to navigate their transition,” says Jones. “That sums up the mission of the OVMA, its board and this wonderful Syracuse University community. We have the great privilege to continue this work, to honor a promise that was made decades ago and the unique opportunity to make a huge difference in the lives of transitioning veterans and their families for generations to come.”

James Lyons ’03, one of the first Syracuse University alumni killed during Operation Iraqi Freedom, was inducted into the University’s National Veterans Resource Center’s Hall of Honor on Oct. 15. He was also recognized as the “Hometown Hero” during halftime…

The National Veterans Resource Center (NVRC) will host its first-ever military-themed Living Library on Nov. 15 from noon-5 p.m. Military-connected volunteers from across the campus and community will act as “living books,” representing a range of cultural backgrounds, talents and…

The Office of Veteran and Military Affairs (OVMA) Student Veteran Undergraduate Internship Award is open for applications from Oct. 1 to May 31. This award provides up to $5,000 in financial assistance to undergraduate student veterans who are attending Syracuse…

Robert Gang, who at 103 is the oldest living alumnus from Syracuse University’s College of Law, was honored Sept. 25 at the National Veterans Resource Center. The WWII and the Korean War-era veteran attended Syracuse University as both an undergraduate…

Student veterans looking for transition support can connect to resources through the Orange Door program. These doors, identified on campus with an Orange Door hanger, are the offices of faculty and staff who have volunteered to be student veteran liaisons…