Gift to Newhouse Students: Providing Opportunities for the Curious and the Adventuresome 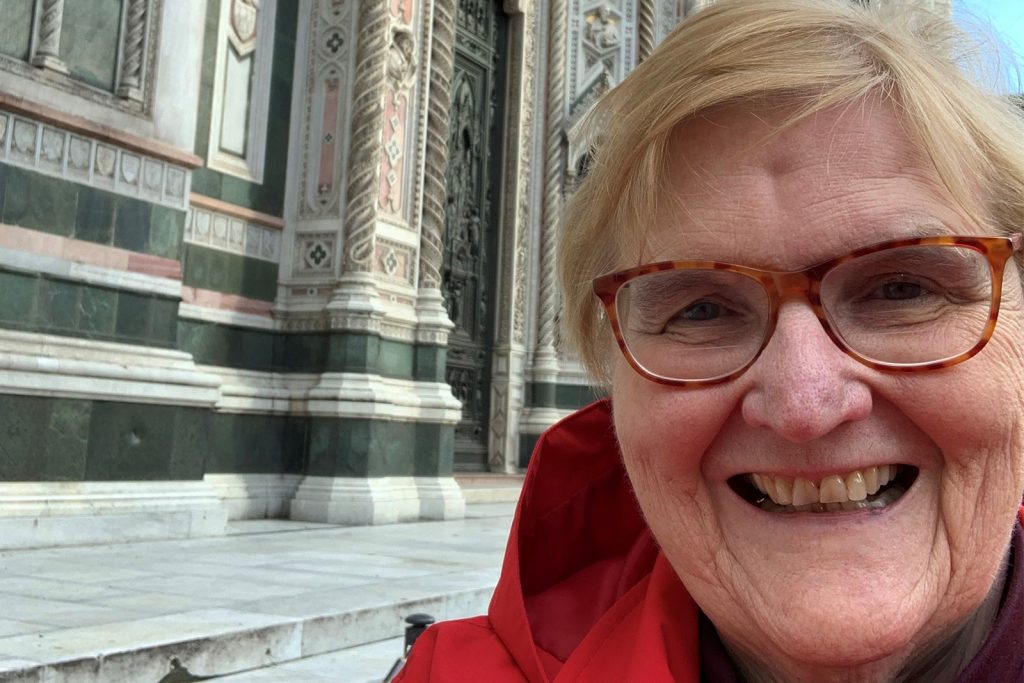 Opportunity is defined as a situation that makes it possible to do something you want to do. For Henrietta “Etta” Fielek ’70, G’77, the opportunity to attend her dream school—Syracuse University—was made possible by scholarship support and financial aid. Now, she’s ensuring that others have similar opportunities, especially those who are driven by the same kind of passionate curiosity that inspired her.

“I’m from a small town, Perth Amboy, New Jersey, a dying industrial city,” says Fielek. “I was a curious girl with a mother who encouraged me to be independent and to explore whatever I was interested in.” The young Etta showed an early interest in journalism, even reading newspaper headlines at age 4. As a teenager, she started a weekly newspaper for the town’s recreation department, reporting on playground news.

“I was always ‘nosey’ and curious and information-oriented. If you give people information that helps them make connections with people and things they need, they can have better lives,” Fielek says. She was editor of her high school newspaper and dreamed of a career in journalism. She saw the S.I. Newhouse School of Public Communications as the best way to achieve that dream.

It was the late 1960s when she headed to Syracuse University. The Vietnam War, the Kent State shootings and campus unrest dominated the national news. This small town girl began to see a much bigger world with even greater opportunities to explore. So she took advantage of scholarship support once more and headed to Florence, Italy, to study abroad during the spring semester of 1969. “I took an additional six weeks to travel around Europe on a train with another woman from Syracuse University,” Fielek says. “It was such an eye-opener!”

Those experiences as a Syracuse University student inspired Fielek.  In 2020, through her estate plans, she established the Henrietta Fielek Endowed Scholarship to provide financial support to first-year students at Newhouse, supporting students both now and in the future. This year, she also established the Fielek Syracuse Abroad-Newhouse Fund, to cover program fees and other non-tuition expenses for undergraduate students in Newhouse interested in global experiences.

Dean Mark J. Lodato expresses deep gratitude for Fielek’s continuing support of the Newhouse School. “Her generous contribution will help more women and other curious and adventurous students succeed at Syracuse University and achieve their personal and professional goals,” Lodato says. “Etta is a shining example of the strength of the Newhouse School alumni network.”

In the late ’60s Fielek recalls women did not have the same opportunities to excel in reporting careers. After graduation, she worked at starter papers in New Jersey. “It wasn’t until that time that I understood the limitations professionally because I was a woman,” says Fielek. Female reporters were not allowed to cover what editors saw as more dangerous stories like an industrial plant explosion; they were forced to work the phones in the office instead. When offered a “promotion” to work the overnight desk, she decided to leave journalism and pursue new adventures.

“I knew there was a big world out there and unless I took the initiative to dip my toe in it, it wasn’t going to happen,” says Fielek. She headed to Washington, D.C., hand-delivered resumés to dozens of Congressional offices, pursued a job opening she heard about in an elevator, worked various public affairs and media relations jobs in government and eventually joined the American Hospital Association (AHA) where she spent nearly two decades and helped to launch the Coalition to Protect America’s Health Care. Two years ago, she retired from her position as vice president of political outreach for the AHA.

Fielek says her own professional success comes from both pursuing opportunities and seizing them when they come along. She credits her mother with essentially giving her permission to explore, take risks and be bold. “She never questioned my ideas. She never tried to get in my way. She let me try new things, screw up, make mistakes. She was never judgmental, even when I did crazy things. I think I have made every mistake there is to make,” she says. “The point is not to make the same mistake twice!”

Through her philanthropy, Fielek hopes to nurture in others, especially young women and others who have an entrepreneurial spirit, that sense of adventure that her mother offered her. “I just want to make it possible for them to fulfill their own dreams,” she says. “You don’t have to be a mega-millionaire to support a cause, to advance education and to support young people. You just have to decide what your priorities are—and then take action.”