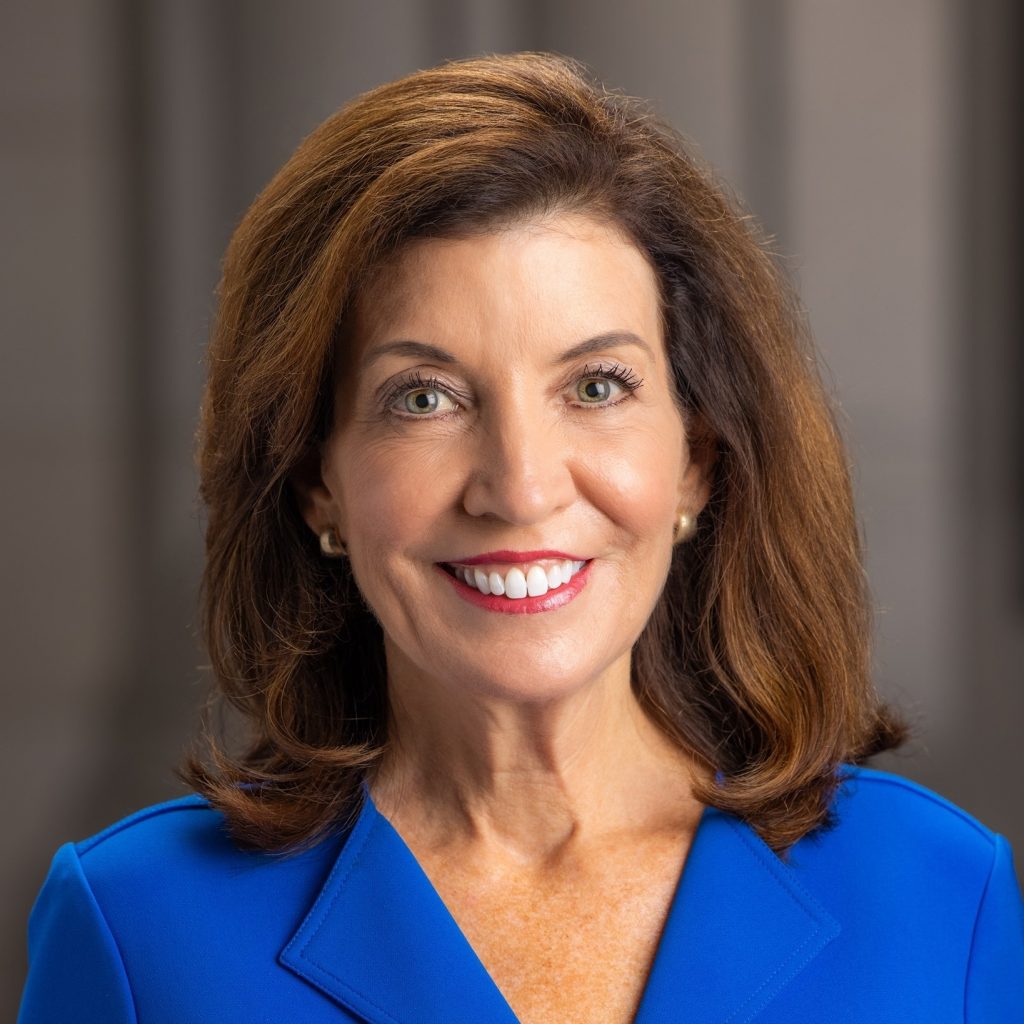 New York State Gov. Kathy Hochul ’80, the state’s 57th governor and first female to hold the state’s highest office, will deliver the address at Syracuse University’s Class of 2020 Commencement ceremony Sunday, Sept. 19, in the stadium. The ceremony also celebrates the Class of 2020 of the SUNY College of Environmental Science and Forestry. Hochul, an alumna of Syracuse University’s College of Arts and Sciences and Maxwell School of Citizenship and Public Affairs, was sworn in as the state’s chief executive on Aug. 24.

“It is an honor to welcome Gov. Hochul back to campus to address the graduates of the Class of 2020 and their families,” says Chancellor Kent Syverud. “She is a champion for New York’s citizens and a committed advocate for Syracuse University and SUNY ESF.  The governor is a member of an esteemed group of Orange alumni who have answered the call of public service. For these reasons and many others, Gov. Hochul is a fitting choice to address the Class of 2020.”

Hochul, who was head of government and strategic relations for M&T Bank until her nomination for lieutenant governor, served as the state’s lieutenant governor since 2015. As lieutenant governor, Hochul served as president of the New York State Senate and the state’s liaison to New York’s federal representatives in Washington, D.C. She chaired the state’s 10 Regional Economic Development Councils, the state’s Workforce Investment Board, the Women’s Suffrage 100th Anniversary Commemoration Commission and the New York State Heroin and Opioid Abuse Task Force. She also spearheaded the state’s “Enough is Enough” campaign to combat sexual assault on college campuses. Hochul participated in a roundtable discussion on sexual and relationship violence at Syracuse University in April 2015.

“It takes a certain caliber of people to attend Syracuse University—they’re engaged, care about the community and come from many walks of life,” says Gov. Kathy Hochul. “Syracuse University provided me with an opportunity to spark my activism, while offering a caring, nurturing and diverse community. Congratulations to the Syracuse and ESF Classes of 2020—you have created a special bond with your fellow graduates and alumni that will last for a lifetime. It’s now time to go out into the world and not only do well, but do good—and Syracuse has prepared you well for that.”

A former U.S. Congresswoman, Hochul represented New York’s 26th congressional district in western New York from 2011-13. While serving in the U.S. House of Representatives, Congresswoman Hochul was on the House Armed Services and Homeland Security Committees, traveling to Afghanistan to confer with military leaders and meet with active-duty men and women. Her focus in Congress was job creation and bridging the skills gap by bringing together business and academia, and creating opportunities for returning veterans.

Before her election to Congress, she served as a practicing attorney, member of the Hamburg Town Board (1994-2007), deputy county clerk (2003-07) and clerk (2007-11) of Erie County in western New York. Earlier in her career, she was a legislative aide to Congressman John LaFalce and Sen. Daniel Patrick Moynihan (D-NY), a University Professor in the Maxwell School, and was instrumental in drafting legislation related to campaign finance reform, immigration reform and combating drug abuse.