Epic vs. Apple Decision Avoided the Most Difficult Antitrust Issues

Developers like Epic Games, which is the creator behind the popular game Fortnite, will be able to use alternative payment systems within the Apple platform, according to a recent legal decision. Earlier this month, a judge ruled that Apple was violating California laws against unfair competition. 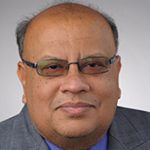 Shubha Ghosh is the Crandall Melvin Professor of Law at Syracuse University and director of the Syracuse Intellectual Property Law Institute (SIPLI).

“Judge Rogers seemingly tried to reach a judicious decision in resolving the dispute between Epic and Apple. Her decision avoided the difficult antitrust issues by concluding the Apple did not have market power and instead sanctioned Apple under the much narrower California unfair competition statute.  The judge avoided the broader antitrust remedies, with their uncertain effects on innovation markets but left open several issues for appeal, including the question of how to understand the market that Apple has allegedly monopolized, including the market for game development.”