What do seatbelt laws and vaccine mandates have in common?

Throughout the United States, there are people who have come out strongly against mask or vaccine mandates. 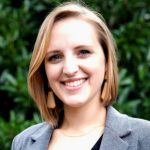 But Syracuse University assistant professor Kyla Garrett Wagner, who studies the relationships between public health and the First Amendment, says that laws and protests against masks and vaccines are part of a long history of people challenging public health mandates.

From seatbelt laws to anti-smoking ordinances to requiring helmets when riding a motorcycle, there are precedents to people fighting public health and safety laws, she says.

“What do mask and vaccine mandates have in common with smoking bans and seatbelt laws? They all are examples of lawful government regulation to protect public health,” said Wagner. “In a country that prioritizes individual liberties more than most, it can seem questionable when U.S. law mandates and/or outlaws specific health behaviors. “

“But in fact, it’s quite commonplace for both state and federal governments to compromise and even sacrifice individual liberties for the purposes of protecting public health. Why? Because, sometimes, that’s what the pursuit of Life and Liberty demands – the compromise and sacrifice of one for the protection of the other,” said Wagner.”

To request an interview with Wagner, please contact Ellen James Mbuqe, director of media relations, at ejmbuqe@syr.edu or 412-496-0551.

n the polarized political landscape of America, can an October Surprise still have an impact on voters? This week, two hotly-contested senate races in Georgia and Pennsylvania were the subject of shocking reports, only four weeks before election day. In…