The U.S. intelligence community is being accused of a massive intelligence failure, which led to the chaotic withdrawal of troops in Afghanistan. And now there’s a question of whether the dissolution of U.S. intelligence on the ground will make it easier for the Taliban to go back on its pledge to keep al Qaeda and other terror groups out of Afghanistan. 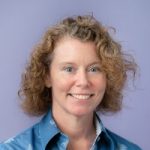 If you’re looking for an expert voice for your ongoing coverage of the Afghanistan withdrawal, Syracuse University professor Kristen Patel is available for an interview. Patel, the Gregg Professor of Practice in Korean and East Asian Affairs in the Maxwell School of Citizenship and Public Affairs, specializes in intelligence and has more than 25 years of experience leading intelligence and analytics programs in the public and private sectors.

Patel most recently served as Regional Head of Research & Analytics in Asia-Pacific for HSBC, one of the world’s largest banks, where her responsibilities included building and managing a regional financial crime intelligence capability based in Hong Kong. Prior to joining HSBC in 2017, Patel served as the deputy director of Intelligence at the Financial Crimes Enforcement Network (FinCEN) in the U.S. Department of Treasury.

For use in your stories, here is what Patel says about the U.S. intelligence community and Afghanistan:

“Media reporting on the topic has been mixed; many outlets are quoting former and current U.S. government and military officials who are laying blame on others, or making comparisons to previous failures, such as the faulty Iraq WMD (Weapons of Mass Destruction) analysis by CIA analysts and the U.S. withdrawal in Vietnam.

“Ultimately, we will not know who is to blame without knowing what was briefed to policymakers and U.S. military leaders prior to the withdrawal. It is possible that both sides are being truthful from their point of view; the IC (intelligence community) and military may have provided strategic warnings and assessments to the administration and senior military leadership, but the reports and analysis were not deemed specific enough to alter course, or the sources used in the warnings may not have been credible or were discounted.

“Alternatively, the administration may have received unambiguous intelligence assessments and decided to ignore them for policy reasons, and/or it was ‘execution failure’ by the U.S. military. The only way for the public to know is to wait for the post-mortem study to determine what went wrong.”

Thank you for your consideration. For more information or to request an interview with Professor Patel, please contact:

What will focus minds in the Kremlin? Perhaps redeploying the US 1st Armored Division to Germany

Despite most American students being back in the physical classroom this year, school staffing shortages remain a huge and persistent problem across the country. How did the staffing shortages become such a large problem, and what does it say about…

Scientists are still working to learn more about a massive underwater volcano eruption near the Pacific island of Tonga over the weekend that triggered tsunami waves and spilled ash across the entire island. Satellite images captured the eruption, which shot…