Since 2016, cadets in Syracuse University’s Reserve Officer Training Program have been eligible to receive the annual Dottle Family ROTC Cadet Scholarship award. The scholarship is awarded to future leaders who participate in the University’s Army and Air Force ROTC programs, in recognition of their hard work, dedication and commitment to service. 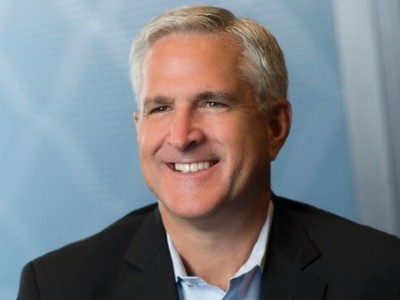 One of the people behind this annual scholarship is Paul Dottle. Dottle says his involvement with Syracuse University first began in 2010 when his son Griffin became an Air Force ROTC cadet.

“My son was just getting started and I was just clicking around on the Syracuse University website when I found the Institute for Veteran and Military Families (IVMF). I reached out to them and set up a meeting,” says Dottle. He met with Vice Chancellor and Executive Director of the IVMF Mike Haynie and Assistant Vice President for Veterans Development for IVMF Raymond Toenniessen. “I was just really blown away by their energy, passion and commitment to military-connected families. I decided right then that this was an effort I could really get behind”

Dottle said his goal was to ensure that students who aren’t on full ROTC scholarships had the financial support to finish their degrees. He also wanted to ensure student veterans had comprehensive support through graduation. “I think we have to be creative to meet student veterans where they are in their journey. If that’s on campus, then Syracuse University can provide a full suite of support. Student veterans tend to be older, and because of that independence, they may have limited support options. We also need to help them with internships and job placement opportunities that meet their unique needs,” says Dottle.

In September 2013, Kent Syverud was appointed Chancellor and President by the University’s Board of Trustees. “What I learned early on was that the support of the Chancellor is critical to making all this happen,” says Dottle. Syverud made making Syracuse University the best place for veterans a strategic imperative. “In my experience in the corporate world, if the top person is committed to an action and consistently backs it up with not just words but actions, you can get a tremendous amount done. The Chancellor’s commitment is unwavering,” says Dottle. Syverud assumed the leadership post in January 2014 and the Office of Veteran and Military Affairs (OVMA) was established in 2015. OVMA serves as the front door to student veterans beginning their journey in higher education and supporting them beyond graduation.

Dottle’s passion for supporting student veterans grows from his personal experience with the U.S. military. As the child of a U.S. Army officer himself, Dottle says he’s practically been immersed in the military his entire life. As a child he was moving around the world in support of his father. Both of his brothers have served, one as a U.S. Army NCO and another as a civilian employee for the Department of the Army. Dottle himself served in the U.S. Army Reserves. Dottle felt like the timing was right for him to get involved from both a professional and personal interest.

In 2018, Dottle became chair of the OVMA board of advisors. This group was built to provide advice and counsel to University leadership related to programs, initiatives and opportunities positioned to advance the educational goals of the University’s veteran and military-connected students. Dottle helped lead this diverse group made up of individuals with deep levels of experience from the military, government, business, higher education and public service sectors.

Dottle feels his involvement with an organization like OVMA allows his support to have an exponential impact on a community that means so much to him personally. After his son, Griffin, commissioned after graduating in 2014, Dottle’s daughter Madelyn also attended Syracuse University and graduated in 2018.

This past May, Dottle stepped down as chair of the OVMA board of advisors. Dottle thinks the OVMA is in great hands. He says OVMA’s Executive Director Ron Novack and his team are dedicated and “relentless” in their support of student veterans. “The OVMA would not be successful without Ron’s unyielding and undying dedication to the mission. He makes the job of the board and the board chairman so much easier because of the way he shows up each and every day,” says Dottle. “He’s a difference maker.”

His vision for the OVMA going forward is to continue to be forward-thinking about the needs of student veterans and think about supporting them not only next semester, but also addressing their challenges three to five years ahead. “How do we use the network of all of our board members to really find and drive the opportunities that are going to continue making Syracuse University the best place for veterans?” says Dottle. He has total confidence in the incoming chair of the OVMA board of advisors, Rich Jones. “Rich is a great leader and has a tremendous network,” says Dottle.