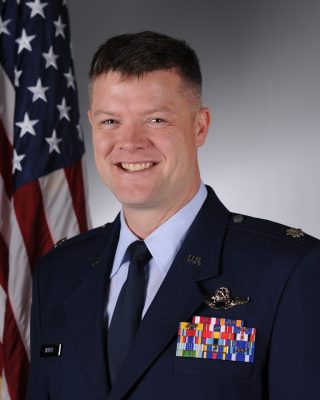 Syracuse University’s Air Force Reserve Officer Training Corps (AFROTC) welcomes its new commander, Lt. Col. Ryan Lippert, to Central New York this semester. Born in Illinois, Lippert grew up in Colorado and has adopted Mandeville, Louisiana, as his unofficial hometown. Lippert is an identical twin. His brother is also a lieutenant colonel in the Air Force. Joining him in Syracuse is his wife, a prior service pilot, and their three children, two boys and a girl, 10, eight, and six.

Lippert was previously stationed at Royal Air Force (RAF) Lakenheath, an air base near the village of Lakenheath in Suffolk, England. In addition to flying the F-15E Strike Eagle, he served in numerous positions with the most recent being the 48th Operations Support Squadron commander. In that role, he was responsible for over 230 airmen, civilians and contractors that kept the airfield open and supported members of the three fighter squadrons.

For Lippert, flying the F-15E Strike Eagle was fulfilling a dream he has had since the seventh grade. After graduating high school Lippert attended the US Air Force Academy and was lucky enough to be selected for pilot training. He learned to fly at Columbus Air Force base in Mississippi. And after a year of training, he was selected to remain as an instructor pilot. Over the course of his career, he has taught hundreds of airmen how to fly.

Lippert says the best pilots embrace the role of a lifelong learner. “As we get into education, we start finding that we never stop learning,” says Lippert. “I think successful Air Force officers and enlisted leaders are lifelong learners because they realize that they don’t have all the answers.”

The same mentality of a lifelong learner lends itself well to leadership, says Lippert. “Each person’s a little bit different. We don’t have a cookie cutter approach because they’re all different and we need to be able to adapt our leadership style to them.” 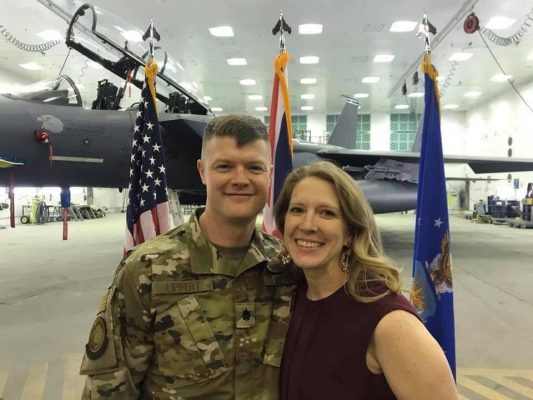 Now in his role as AFROTC commander, he hopes to instill the values that make effective airmen, such as integrity, loyalty and trustworthiness. Lippert says a willingness to accept constructive feedback is also important. “The best pilot is not always the one who is the smartest.” says Lippert. “I think that not only applies to flying, but I think it applies in the classroom as well. Recognizing when you’re struggling and the willingness to be humble enough to ask for assistance will go a long way.”

Lippert’s vision for Syracuse University’s AFROTC is to continue inspiring, empowering and developing joint-minded leaders and aggressive learners who are ready to lead. “They may not have all the answers, but they need to work really hard to find those answers. And that means asking questions. That means doing a little bit of research, and that goes back to that life-long learning.”

Undergraduate students interested in a career in the aerospace industry could potentially find AFROTC a great first step. Ultimately, Lippert’s goal for the AFROTC cadets he will command is to be the best versions of themselves.