Five Outstanding Alumni to Be Honored During Coming Back Together 2021 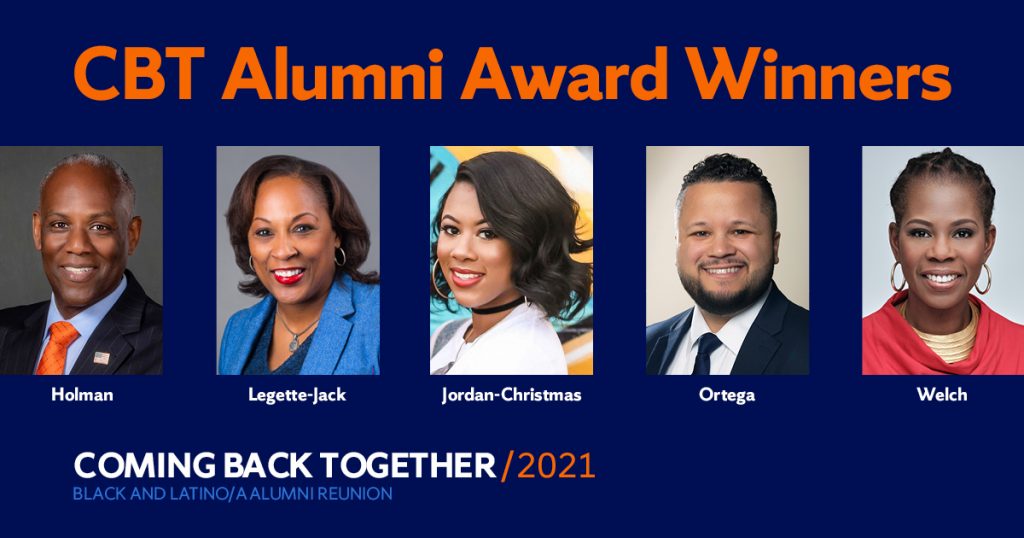 Syracuse University’s Office of Multicultural Advancement today announced that five accomplished alumni will be recognized during Coming Back Together (CBT) this September. CBT is a triennial reunion that welcomes Black and Latino/a alumni back to campus to celebrate their accomplishments, meet current students and remain connected with the University. 2021 represents the 13th CBT reunion held on campus. In 2017, the weekend raised $1 million for the Our Time Has Come Scholarship Program benefitting underrepresented students at Syracuse University. In 2020, the University’s virtual CBT reunion raised an additional $800k for the scholarship.

Victor Holman ’82, Felisha Legette-Jack ’89, Dr. Gezzer Ortega ’03, Jacqueline Welch ’91 and Jasmine Jordan-Christmas ’14 will be honored for their extraordinary professional achievements by Chancellor Kent Syverud at an awards ceremony on Saturday, Sept. 11, from 7 to 9 p.m. at Goldstein Auditorium in the Schine Student Center.

“This year’s CBT alumni honorees are leaders in their fields with a commitment to giving back,” says Chancellor Syverud. “We are proud to recognize these five individuals as part of this year’s Coming Back Together celebration. We honor their contributions to Syracuse University, to the fields to which they have dedicated their lives and to the future generations of Orange students whom they inspire through their work.”

Presented to African American and Latino/a alumni during CBT, the awards serve to recognize the significant civic or career achievements by the selected winners. Since 1983, the ceremony has been a signature event presented at the CBT reunion.

“The 2021 awardees represent some of the University’s best, brightest and most engaged alumni,” says Rachel Vassel, associate vice president in the Office of Multicultural Advancement. “While achieving tremendous professional success across diverse fields, these five individuals are dedicated to Syracuse University and we are forever grateful to them for the many ways they support our work.”

Read more about the recipients below. 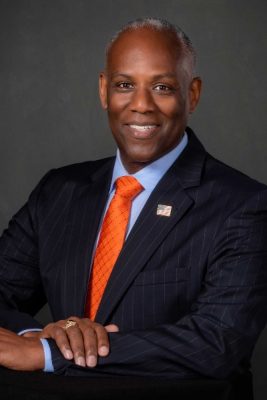 Holman, a retired lieutenant colonel in the U.S. Army with more than 38 years of military and federal service, will receive the Chancellor’s Citation for Excellence in Military Service. Since beginning his military career at Syracuse University as a second lieutenant, Holman has served in numerous leadership and staff positions, leading organizations, operations, training, maintenance and contingency planning.

He currently serves as a senior director for the U.S. Army Training and Doctrine Command, where he directs key communications, budget management, administrative support and information technology for the commanding general and select staffs.

In 2014, Holman and his Alpha Phi Alpha fraternity brother Keith Brown ’82 established an Our Time Has Come scholarship fund in support of underrepresented graduate students. He is a member of the Syracuse University Multicultural Advancement (SUMA) Advisory Council and recently, with his wife Dakota (Caine) Holman ’83, pledged a naming gift toward the revival and development of 119 Euclid Ave., an inclusive space for those wanting to celebrate and explore the uniqueness of Black culture and the Black student experience, opening this fall. Holman is also an avid supporter of Syracuse University’s Institute for Veterans and Military Families and a longtime attendee of CBT.

Holman has received numerous awards for his achievements and service, including the Bronze Star Medal, the Meritorious Service Medal, the Superior Civilian Service Award and the Achievement Medal for Civilian Service. He earned a dual bachelor’s degree in English and psychology from the College of Arts and Sciences, a master’s degree in national strategy and security from the U.S. Naval War College in Newport, Rhode Island, and a master’s in business administration from Central Michigan University. He is also a graduate of the School of Advanced Military Studies in Fort Leavenworth, Kansas. 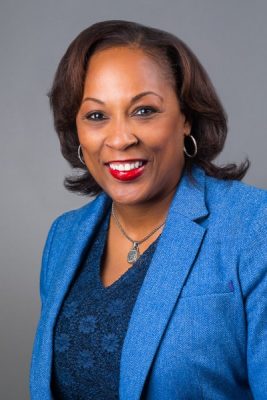 Legette-Jack, a former Syracuse University basketball star and current head coach of the University at Buffalo (UB) Bulls women’s basketball team, will receive the Chancellor’s Citation for Excellence in Sports. As the winningest coach in program history at UB, Legette-Jack currently owns a 318-270 career head coaching record across 19 seasons, having led the Bulls to eight straight winning seasons. Prior to UB, she served as head coach at Indiana University and Hofstra University, as well as an assistant coach and recruiting coordinator for Syracuse women’s basketball from 1993-2000.

Legette-Jack is a Syracuse native who began her basketball career at Nottingham High School. While playing for the Orange, she scored 1,526 points and grabbed 927 rebounds, graduating as the all-time leading scorer and rebounder in program history. Legette-Jack now ranks fifth in scoring and third in rebounds. She won 1985 Big East Rookie of the Year honors, earned all-league laurels three times in her career and was the recipient of a LetterWinner of Distinction Award.

Legette-Jack participated in the Athlete’s Roundtable during CBT 2017. Legette-Jack is also an inductee into the Greater Syracuse Hall of Fame, the Syracuse Urban League Hall of Fame and the Syracuse University Orange Plus Hall of Fame. In 2017, she was named to Buffalo Business First Magazine’s annual Power 100 list of the most influential women in Western New York. 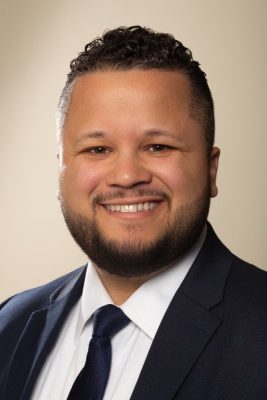 Dr. Ortega, an instructor of surgery and lead faculty for research and innovation for equitable surgical care at the Center for Surgery and Public Health in the Department of Surgery at the Brigham and Women’s Hospital of Harvard Medical School, will be honored with the Chancellor’s Citation for Excellence in Medicine.

Passionate about mitigating and eliminating disparities in surgery, Dr. Ortega currently serves as project director for the Provider Awareness and Cultural Dexterity Toolkit for Surgeons, a research project aimed at developing and evaluating a curriculum for surgical residents to improve cross-cultural communication and engagement. The project is currently being piloted at eight academic medical centers. He also serves as an adjunct faculty member at the Patient Reported Outcomes, Value and Experience Center at Harvard.

During his time as an undergraduate at Syracuse, Ortega was a Collegiate Science and Technology Entry Program (CSTEP) Scholar, a Ronald E. McNair Scholar, a Gates Millennium Scholar, chapter president and brother of Alpha Phi Alpha, and a recipient of the Ruth Meyer Undergraduate Research Scholar Award. As an alumnus, he is a member of the College of Arts and Sciences Dean’s Advisory Board, has guest lectured for health humanities courses, co-presented a professional development workshop at CBT 2014 and a CBT Virtual Connection panel discussion on Black and brown men’s health and wellness in 2020, was honored with the CSTEP Alumni Award in 2017, donates to the Our Time Has Come Scholarship Program, and most recently served as the 2021 Convocation Speaker for the College of Arts and Sciences and the Maxwell School of Citizenship and Public Affairs. Ortega is also passionate about mentoring Syracuse University pre-medical students who are at various points in their journey to becoming a physician.

Born in a low-income Brooklyn neighborhood to immigrant parents from the Dominican Republic, Ortega is one of three siblings who are first-generation college students and alumni of Syracuse University; brother Oswaldo Ortega ’05 (School of Architecture) and sister Rosslyn Ortega ’06 (Whitman School). His work centers on improving surgical care for low-income and historically underserved populations and promoting language concordant care for patients with limited English proficiency. As co-founder of the Latino Surgical Society, which supports the advancement of Latino/a/x surgeons, he endeavors to diversify the academic physician workforce. In 2020, Dr. Ortega was recognized as Health Provider of the Year by Building the Next Generation of Academic Physicians and Young Physician of the Year by the National Hispanic Medical Society. He also participated in the Emerging Leaders Forum for the National Academy of Medicine.

After earning a bachelor’s degree in biochemistry from the College of Arts and Sciences, Ortega went on to receive a medical degree from Howard University College of Medicine and a master of public health degree from the Johns Hopkins Bloomberg School of Public Health. 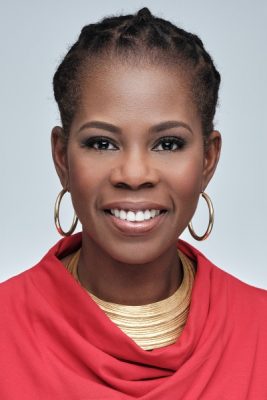 Welch, a seasoned corporate leader who was named executive vice president and chief human resources officer at The New York Times earlier this year, will be honored with the Chancellor’s Citation for Excellence in Business. Welch leads The Times’ human resources department and oversees all aspects of talent acquisition, career development, organizational development, equitable compensation practices, performance enablement, and diversity, equity and inclusion. She is the first Black woman in this role and only the second Black woman to be listed on the paper’s masthead. Earlier in her career, she held leadership roles in human resources strategy and execution with Freddie Mac and Turner Broadcasting System.

Welch, a native New Yorker of Panamanian descent who calls her role at The New York Times her “dream job,” earned a bachelor’s degree in English from the College of Arts and Sciences. At Syracuse, she was a member of the Caribbean Students Association, resurrected The Black Voice newsletter with classmate Abenaa Abboa-Offei ’91 and competed on the women’s rowing team. Welch was inspired toward a future career in human resources during a summer job with the Urban League of Onondaga County when she placed an older gentleman in a much-needed job. His gratitude ignited in her a lifelong passion for helping people secure their livelihood. In March 2021, she was a speaker on the CBT Virtual Connection Series Women’s History Month Panel, and she is an Our Time Has Come scholarship donor.

Welch earned a master’s degree in human resources management from The New School, and her community involvement has included service on the boards of Habitat for Humanity of Northern Virginia, Zoo Atlanta, United Way of Greater Atlanta and the Children’s Museum of Atlanta. 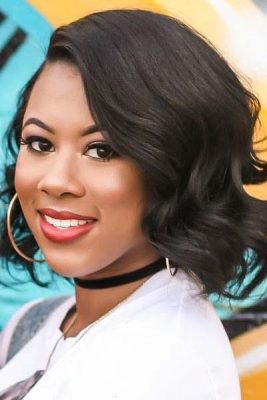 Jordan-Christmas, a sports marketing professional for Nike’s Jordan brand, fashion influencer and 2014 graduate of the David B. Falk College of Sport and Human Dynamics in sport management, will receive the inaugural CBT Young Alumni Award for Excellence in Fashion. The daughter of basketball legend Michael Jordan, Jordan-Christmas is forging her own legacy in the sports industry and has worked closely with some of the most notable brands in sports over her 10-year career.

In her current role as field representative for sports marketing, basketball and women’s, with Nike, Jordan-Christmas manages athletes who represent the Jordan brand. She recently led an initiative to shape the future of basketball culture for women and young girls by expanding the brand’s WNBA roster to eleven active players, the largest in the brand’s history. Previously, she worked as operations coordinator for the Charlotte Hornets.

Jordan-Christmas is married to former Syracuse basketball player Rakeem Christmas and the mother of a toddler son, Rakeem “Keem” Jr. She is an Our Time Has Come scholarship donor and supports her family’s philanthropic efforts through the Rakeem Christmas Foundation and the Novant Health Michael Jordan Family Medical Clinic in Charlotte, North Carolina. She recently provided a special video message of encouragement for the Class of 2020’s virtual commencement.

The theme of this year’s reunion is “Celebrating 151 Years of Black and Latino/a Excellence at SU.” Over the four-day weekend, workshops, receptions, social events and cultural activities will be offered to attendees. Highlights include the CBT Celebrity Classic basketball game, a special concert featuring 90s R&B trio SWV, tailgate on the Quad and football game vs. Rutgers University, fundraising gala and awards ceremony, and a Sunday worship service featuring Grammy-winning gospel artist BeBe Winans.