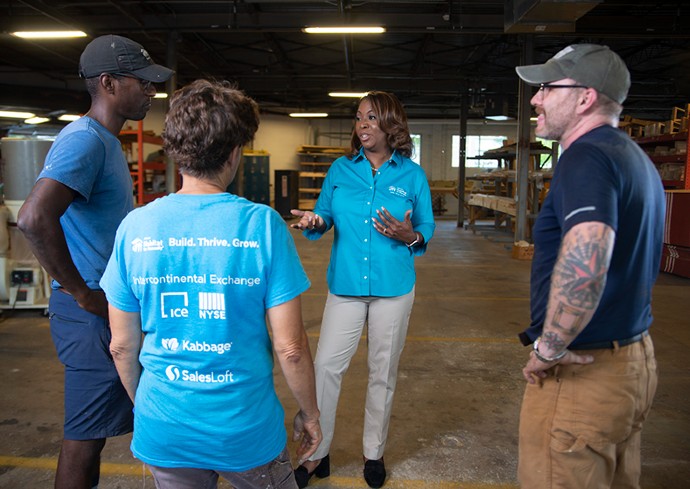 Maxwell’s advisory board has a vital role in guiding the school’s efforts in diversity, equity and inclusion.

At a recent Maxwell School Advisory Board meeting, member Mary Daly G’91, G’94 posed a question—or perhaps it was a challenge.

As she recalls, it went something like this: “What can we do that can move the needle, materially change what we see that we don’t like in our society, with regard to inequities? How are we going to literally be able to hand the next generation a better future than what we inherited?” 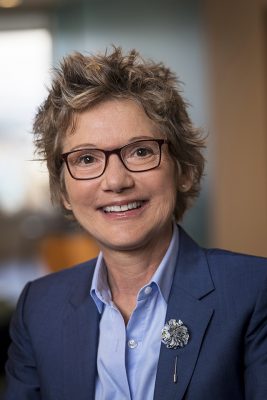 The meeting’s agenda was to give feedback on a draft of the Maxwell School’s strategic plan for improving diversity, equity and inclusion. “It had all the elements that are often in plans that are making progress on this,” she says. Yet, to really move the needle, it requires actions that are, “going to be, by definition, audacious and bold,” she says.

The exchange was emblematic of the important role the Advisory Board plays in guiding Dean David M. Van Slyke and fellow Maxwell leaders. It also exemplifies a fundamental truth: diversity, equity and inclusion are, in the simplest terms, not only the right thing to do but also yield better outcomes.

In recent years, Maxwell leadership has diversified its 40-member advisory board, including adding more women and people of color and widening the span of careers and sectors, disciplines and ages.

“Time and again, we see that a rich mix of perspectives is vital for making informed and better decisions,” says Van Slyke. Beyond that, he says, “They all are doing important work to advance equity of opportunity and demonstrating the benefits of civic engagement and leadership across all types of organizations and communities. Their work on social justice and diversity influences what we do here at Maxwell. We are the beneficiaries of their perspectives and experiences.” 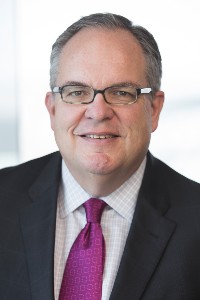 For the last five years, State Street Global Advisors has called on companies to increase gender diversity “because evidence shows that companies with more gender diverse boards generate better performance,” says O’Hanley, who earned a bachelor of arts in political science from Maxwell. “This year, they are focused on racial and ethnic diversity because research indicates that the issue is similarly a meaningful value driver for companies.” 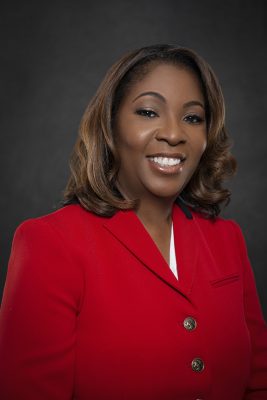 Fellow Maxwell Advisory Board member Lisa Y. Gordon G’90 has echoed the sentiment to school leaders as they seek to address disparities.

Gordon has asked leadership to consider the composition of faculty and staff in terms of race, ethnicity, gender, type of work and discipline. She says, for example, “unless there are people of color in the room, the perspective will not be represented by other groups.”

As the head of Atlanta Habitat for Humanity, she sees the impact of housing stability on marginalized families. “That changes the trajectory of not only their lives but also their kids,” she says, adding that children in families aided by the organization are more likely to graduate high school and go to college.

“Part of it is that when other people can see someone accomplish something they think is not within their bandwidth, that creates synergy,” Gordon says.

Felipe Estefan G’10 has encountered no shortage of people whose hearts are in the right place when it comes to diversity, equity and inclusion. Yet, they’re often lacking the training and tools to bring those principles to practice and bring change, he says. 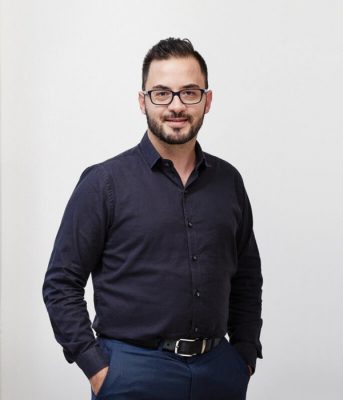 In his capacity on the Maxwell Advisory Board, Estefan seeks to help bridge that gap. He is guided by his unique perspective. As an international student from Bogotá, Colombia, studying at Hobart and William Smith Colleges in upstate New York, Estefan felt privileged. And yet, he was also a minority, not only in ethnicity but also because of his sexuality.

Estefan now works as investment director for Luminate, a philanthropic organization that provides funding and other support to organizations that strive to bring social justice and uplift marginalized people.

“The career that I have been able to have is very much connected to how can I use my privilege to create opportunities for others,” he says.

It is similar for Gordon, who earned a master’s in public administration from Maxwell.

The first Black woman to lead Atlanta Habitat for Humanity, she realizes the importance of her role, especially when it comes to advocacy. “I’m always asking, ‘What action can I take? What leadership can I provide that will bring about meaningful change in the short term and the long term?’” she says.

Daly likewise draws from her personal experience to inform her work as president of the Federal Reserve of San Francisco and in serving Maxwell, where she earned a doctorate in economics. Raised in a one-income family near St. Louis, she dropped out of high school at 15 and might not have found her way back to education had it not been for the guidance of a mentor.

Her background may lend to her ease in talking with people from all walks of life, something she does as often as possible to ensure she has a more complete picture of the public she is representing. “Ultimately, I’m running an organization that should look like those we serve,” she says.

Though he’d focused on inclusion and diversity at State Street, the death of George Floyd was a turning point for O’Hanley. He took stock of the company’s progress, acknowledging that it had potential to go further. He listened and gathered insight from colleagues near and far. “Then I gathered my senior leadership team and drafted our ’10 Actions to Address Racism and Inequality at State Street,’” he says.

The list is a set of priority actions—not an exhaustive list of deep systemic changes, explains O’Hanley.

He also launched State Street’s global Inclusion, Diversity and Equity Council to oversee the execution, transparency and accountability for all firmwide efforts. Diversity goals were set to help State Street achieve representation of female and BIPOC (Black, Indigenous and people of color) at the highest levels.

“I view these sets of actions as simply a starting place,” says O’Hanley. “This is a journey that requires a great deal of introspection, humility and resiliency. Progress does not equal completion. We have much more work to do to ensure that equality and justice are more than just concepts.”

At the Fed, Daly has led a “framework for change” that addresses such things as supplier diversity, hiring, community engagement and the composition of the board of directors. “In practice when we work on any topic, whether it’s monetary policy or leadership or community engagement, we are sourcing from people of all different walks of life,” she says. “You can’t just go to your economic research department to learn about how to improve the economy. I have to ask all of the voices here because they all have a different lens.”

For Gordon, recent measures at Atlanta Habitat for Humanity have included a cultural audit and training for employees. One workshop was revealing: The facilitator asked employees to numerically rank their knowledge about diversity, equity and inclusion. Their scores were higher than those of the trainers. “When it comes to DEI, there’s so much we don’t know—we’re just scratching the surface,” Gordon says.

She and fellow board members agree:  The work will never be completed.

“It’s the kind of thing where you can never sit and say, ‘Mission accomplished,’” says Estefan. “DEI is not only something that we should do, it’s something that we need to do to yield the outcomes we wish to see in the world. There’s a distinction between those who build for others and those who build with others.” With the latter, he says, “You are always better positioned to achieve greater outcomes.”