The Clio Is One of the Hardest Awards to Win; Newhouse Creative Advertising Students Just Won Five

Share
advertisingNewhouse School of Public Communications
Newhouse creative advertising students took home five Clio Awards this year, the most in school history. Their wins make Newhouse among the top five most awarded schools in the world at this year’s competition.

Sam Luo ’21 won a Bronze Clio Award and three Clio shortlists, one of which he shares with Olivia Gormley ’20. Senior Maia Baptista and Joe Cutuli ’20 also won a Clio shortlist. The award-winning work was created while the four were students in portfolio courses taught by advertising professors Mel White and Kevin O’Neill. 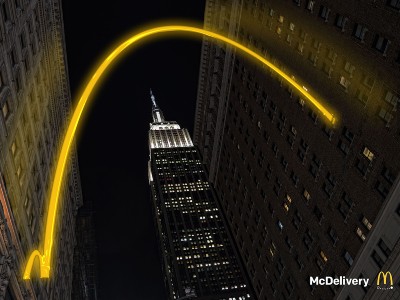 “It’s always impressive to see the talent coming out of Syracuse,” says Kevin Goff ’05, creative director at FCB New York and a Newhouse alumnus. “It’s even better when that talent is recognized by award shows like the Clios. Huge congratulations to all the students and their professors, Mel White and Kevin O’Neill. I’m looking forward to seeing what they all do next.”

White says Luo, Gormley, Baptista and Cutuli created top-level campaigns and their recognition at the Clios was very exciting.

“A Clio is one of the hardest awards to win, both as a student and as a creative in the industry,” White says. “I am so proud of these four students for creating the kind of outstanding work that a competitive and international award show like the Clios would reward.”

“Competing in the Clios is a kind of boot camp for the business our students are about to enter,” he says. 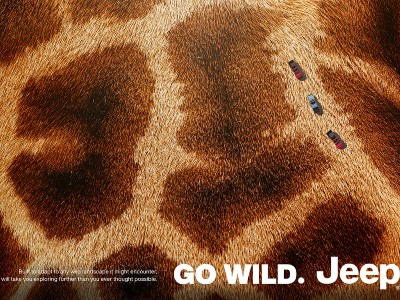 “It alerts and acclimates them to the deeply competitive nature of the advertising trade.”

Luo says he is excited to have his own Clio award to display once it arrives, noting how tough winning the competition is for both students and professional ad agencies.

“Even big agencies, depending on the office, can find it very hard to win a Clio,” Luo says. “The fact that I’m going to have one in my room is mind-boggling. It’s a very big deal in the ad industry.”

Luo won a Shortlist Clio award in the Student Print category for his Jeep campaign, “Go Wild.” In the campaign, he uses extreme closeups of zebra stripes, giraffe spots and crocodile scales to mimic different landscapes for the Jeeps to drive through. 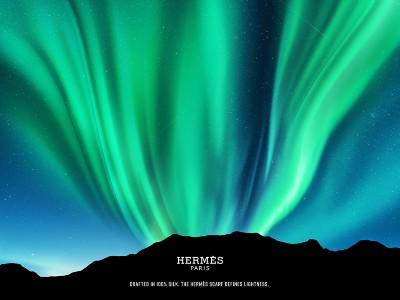 “Jeeps are a very adaptable type of car,” Luo says. “I was thinking about it zigzagging through animal prints that could become wild landscapes. And then the concept was born.”

Luo and Gormley, copywriter, won a Clio Shortlist award in the Student Digital/Mobile category for their digital campaign “Greenscreen” for Connect4Climate. The team created the concept of an Amazon search filter that prioritizes eco-friendly products over disposable or single-use items in the search results when activated.

Luo says the guidance of his professors was invaluable.

“Professors White and O’Neill have a very astute sense of what works and what does not, and you have to 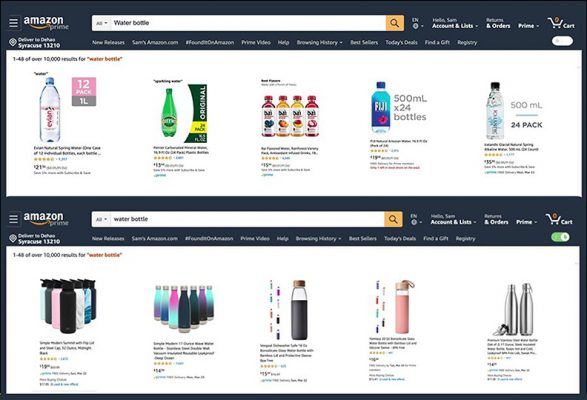 believe them. You have to trust them,” he says.

Luo was a student for three semesters in courses taught by White, a former art director. She helped him see the nuances of the craft, of making the design as compelling as the idea, he says.

“She guides students through all the campaigns and works very hard helping us make each one as strong as [it] can be.”

Baptista, art director, and Cutuli, copywriter, won a Clio Shortlist in the Student Innovation category for “CashCan.” The two created the concept after they learned that 88% of public trash cans in the U.S. do not have a recycling bin nearby, leading to many recyclable goods being thrown out. Baptista and Cutuli saw an opportunity for global companies like Coca-Cola to step in and do something to help get their products recycled more often and to make a long-term positive impact on the environment.

“We had a feeling people would jump at the chance to make money while they recycled,” Cutuli says. “Maia’s brilliant design and videography along with my copy helped our idea of CashCan become clear in the case study video.”

He says winning a Clio Shortlist is one of the highest honors he has received.

“I was absolutely ecstatic,” Cutuli says. “Hours of concepting and endless revisions, on both my side and Maia’s side, led to this award. This is what it feels like for all that hard work to pay off.”

Cutuli’s time at Newhouse was a valuable experience for him as a copywriter, he says, and Professors White and O’Neill pushed him to continuously create great work.

“I learned the ins and outs of the entire advertising industry in my three-and-a-half years at Newhouse. It was the best investment I have ever made.”

He says O’Neill, a professor he had for three continuous semesters and a copywriter himself, held him to a high standard and helped make his work stronger.

“He gave me the feedback necessary for me to understand what good copy was,” Cutuli says. “Although copywriting is subjective, there is a certain standard that is well received in the advertising business, and all my professors knew every aspect of it.”

Samantha Savery is a graduate student in arts journalism and communications at the Newhouse School.