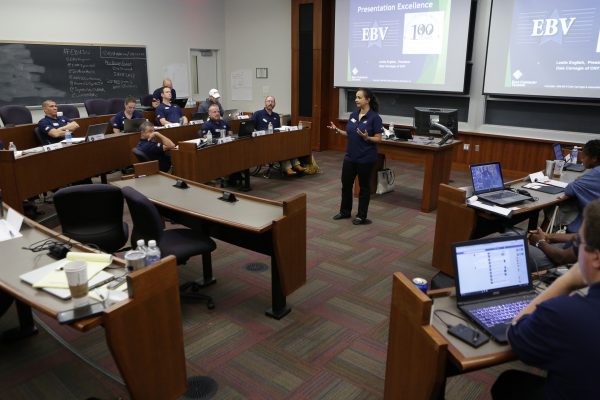 A prior cohort during the Entrepreneurship Bootcamp for Veterans.

During the last week in July, a time when most college campuses are largely empty in between semesters, Syracuse University’s National Veterans Resource Center will be bustling with activity. Two programs that align with Syracuse University’s historical commitment to military-connected students, Entrepreneurship Bootcamp for Veterans (EBV) and the seventh annual Warrior Scholar Project (WSP), will begin on July 24 and run through July 31.

Open to post-9/11 veterans with an honorable discharge, EBV is a nine-day residency that delivers world-class entrepreneurship training with fellow veterans. Sessions include introducing elements of a business plan, developing pitches for venture capitalists or other funders, and legal considerations for small business owners. In addition, EBV alumni participate in panel discussions to offer their unique perspectives. The entire EBV experience, including travel and lodging, is offered without any cost to participating veterans. At the conclusion of the program, graduates will be supported by the Institute for Veterans and Military Families’ (IVMF) Post-Program Support team over the next 12 months with ongoing support focused on small business creation and growth.

“EBV’s cutting-edge training in entrepreneurship and small business management for veterans is the flagship program of the Institute for Veteran and Military Families. It predates the IVMF itself,” says Vice Chancellor and IVMF Executive Director J. Michael Haynie. “Nearly 80% of EBV alumni have started or grown their business after attending this boot camp and over 90% are still in business today.” 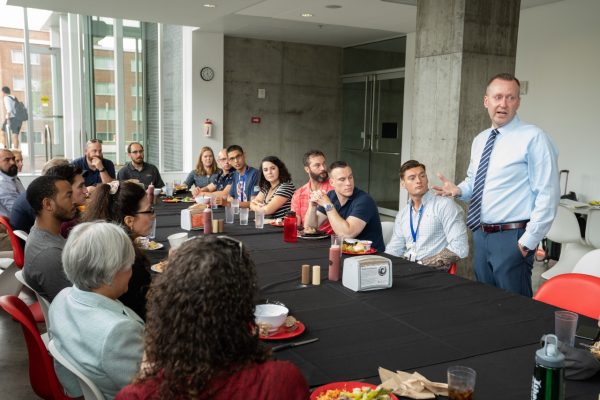 The WSP provides a way forward academically for military veterans following their transition out of service. WSP is a series of intensive, weeklong college preparatory academic boot camps. In addition to training military personnel in the skills required for college, they are taught that they can be a valuable addition to the classroom. Writing tutors, sessions on analytical reading and an opportunity to work with other student-veterans prepare them to be successful within a campus environment.

“Service members don’t follow a semester schedule, so neither do we,” says Ron Novack, executive director of the Office of Veteran and Military Affairs. “The seventh annual Warrior Scholar Project program is held over the summer so we can set student veterans up for success before they arrive in a classroom for the first time.”

WSP is also a national program, with 2021 in-person boot camps offered by the University of Michigan, University of Arizona and Notre Dame. Virtual programs will be offered over the remainder of the summer by universities including Harvard, Chicago and Cornell.