— Excerpt from the poem “Amazement Awaits” by Maya Angelou

In 2008, iconic poet Maya Angelou wrote “Amazement Awaits” at the request of the United States Olympic Committee to celebrate the 2008 Summer Olympics in Beijing, China.

Rick Burton, the David B. Falk Endowed Professor of Sport Management in the David B. Falk College of Sport and Human Dynamics, was chief marketing officer for the U.S. Olympic Committee in 2008 and part of the team that created a video around Angelou’s reading of her poem. 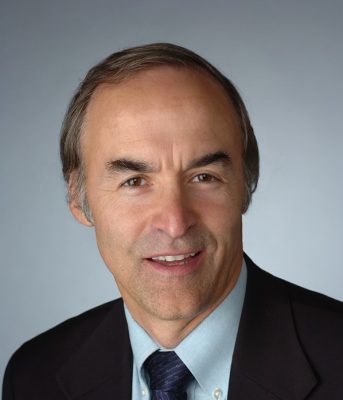 Rick Burton, the David B. Falk Endowed Professor of Sport Management, was chief marketing officer for the U.S. Olympic Committee in 2008.

“Maya Angelou’s poem was about how the Olympics expand our imagination of brotherhood and sisterhood,” Burton says. “I may sound naïve or idealistic, but the Olympics do expand our knowledge of ourselves because we can see the rest of the world gather. I get to see what you look like, and I get to celebrate your achievement because you rose to the level of being able to represent your country at the Olympics.

“The games lift us in different ways,’’ Burton adds, “and they truly are a device for peace and better understanding mankind.”

At the same time, Burton recognizes that more than amazement awaits the participants at these Summer Olympics. On July 12, as COVID-19 cases continued to rise in Japan, host city Tokyo entered a new state of emergency that will run through at least Aug. 22.

On July 8, the International Olympic Committee (IOC) announced that spectators would be banned from nearly all venues. Opinion polls have shown between 50 and 80% of Japanese oppose holding the Olympics, depending on how the question is phrased, and on July 10 about 40 people staged a small anti-Olympic protest outside the hotel where IOC President Thomas Bach is isolating before the games.

In early June, Burton addressed the question of whether Japan should hold the Olympics in a commentary for Sportico called “Tokyo’s Pandemic Olympics Raises Thorny Moral, Business Issues.” Burton pointed out how the IOC’s “full steam ahead” decision seemed at times to be indifferent to the day’s current events, such as longtime IOC member India being in the throes of a deadly COVID crisis.

Burton says frankly that nothing has happened in the last month to change his mind. But as he continues to observe the lead-up to the Olympics, he is increasingly fascinated by the key stakeholders’ determination to hold the games.

“Tokyo has bought into that so they’re doing it, NBC would want these games to be televised because they’ve sunk billions into this, and somewhere lost in the discussion is everyone is comfortable—and this is the part that fascinates me—that they can do it with no deaths,” Burton says. “That no athlete will get COVID, no administrator, no timer, no track official, no swimming pool maintenance man. You have to love the confidence that they’re going to be able to stage these games.”

And what if something does go wrong?

“If they have a tragedy or outbreak, a whole lot of people are suddenly going to say, ‘Well, it wasn’t me, I didn’t cause the games to be held’ and I think everyone is then going to be looking at, who got it wrong? Who didn’t forecast that this could happen?” Burton says. “So I imagine there are a whole lot of worst-case scenarios and back-up plans, but as I said to a couple of the media outlets, we’re talking about shoes dropping.

“The shoe that dropped (July 8) was OK, there will be no spectators,” Burton continues. “Are there more shoes to drop? Was that the last shoe, or could be a shoe that says we can’t afford to do 17 days so we’re dropping it down to 14 days? Could it be that events that are held outside of Tokyo are going to be cancelled because we can’t afford to go into some other community because now it’s an emergency setting?” 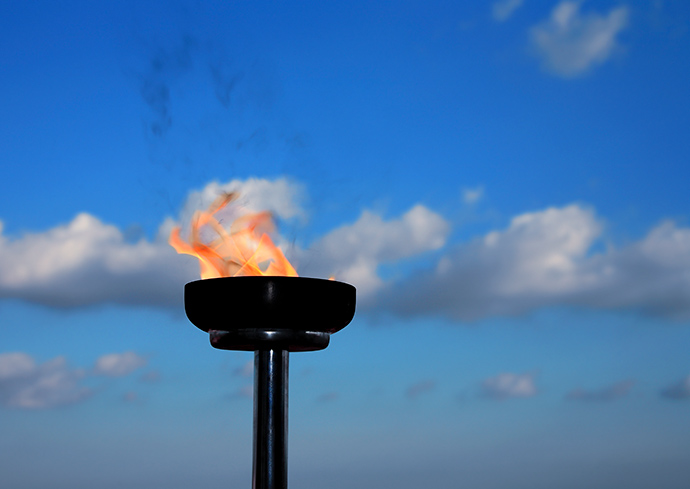 “The games lift us in different ways,’’ says Rick Burton, the David B. Falk Endowed Professor of Sport Management, “and they truly are a device for peace and better understanding mankind.”

Burton is frequently interviewed by the media because of his connection to the U.S. Olympic Committee (USOC) and his vast background in the business side of sports. As chief marketing officer for the 2008 Summer Olympics, he directed the USOC’s partnerships for IOC and USOC sponsorship activation and worked closely with IOC members on several IOC events.

Burton served as commissioner of Australia’s National Basketball League from 2003-07 and oversaw every aspect of the league’s development and growth. He knows what sponsors want to get out of their sponsorships as he has touched every corner of sports marketing, from working with Nike as it developed business efforts in China to working for the Miller Brewing Company when it was a sponsor of the NFL and NBA.

In Japan, Prime Minister Yoshihide Suga and Olympic organizers have long seen the games as an opportunity to show Japan’s fortitude in the face of a devastating 2011 earthquake and nuclear crisis. And Bach, the IOC president, has made it his mission to keep the world’s premier sporting event intact despite the pandemic.

“You’re never a former Olympian or you’re never ex-Olympian, you’re always an Olympian,” Burton says. “So for the people who are going to these games, they are about to become, forevermore, Olympians. And a whole lot of people are working very hard to allow them to wear that mantle.”

And for that, Burton says, we should give the organizers their due because even with all the concerns and despite the huge amounts of money that will be made or lost, the Tokyo Olympics will still leave a legacy that’s immune from the business side of the equation.

“It may be that someone sitting on the couch in Iowa was able to forget about the troubles in their life and came home and watched Simone Biles perform in gymnastics and that lifted them a little bit for the day,” Burton says. “For all the people who are struggling in the pandemic, these games were able to provide relief of some kind. Maybe that’s the legacy.”

Fresh Take: Rick Burton and his longtime co-author, University of Maine Graduate Business School Dean Norm O’Reilly, are slated to contribute an Olympics column tentatively scheduled to appear in Sports Business Journal Aug. 3. The column will explore the brands involved in the Olympics and how they are faring one week into the games.