Trouble in Haiti: Professors Provide Insight Into Past, Present and Future of Caribbean Country

This week, Haitian president Jovenel Moïse was assassinated in his home, and his wife was injured in the attack. Haitian authorities have begun to arrest and detain suspects. Some have been killed. The assassination has thrown the country into further political and societal chaos, as protestors had been calling for Moïse to be removed from office for months, and a rise of violent street gangs have terrorized Haitian residents.

Syracuse University professors Jean Jonassaint and Horace G. Campbell provide insight on the current political and cultural situation in Haiti. Both are available for interview and provide written comments below that can be quoted directly. 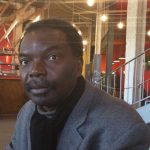 Jean Jonassaint is from Haiti, a professor of French and Francophone Studies, and an expert on French-Caribbean culture. Jonassaint says:

“As Haitian, it’s a tragedy for me, a new low in the downward spiral of the country. I used to say the problem in Haiti is not the government, but the opposition. Now I have to say the main problems are the drug cartels and their affiliate gangs.

“Today, it’s clear the international intervention in Haiti lead by the U.S., Canada and France is a disaster. If the so-called ‘amis d’Haïti’ – who may not be friends of the Haitian People – would like to do something to help the Haitians, they must take a very different approach. They must avoid two devils: the private sector (local or international) and the NGOs. In other words, it’s time to have some clear agenda and timetable, and mostly to put the reconstruction effort of the country directly, or at least under control of military forces of the donors, as the top priority, not election or constitution or other non-practical matter.

“The second important front is the education system that needs to be rethought, not by pushing the nonsense of education in Creole, what the country can’t afford, but by proposing some more realistic and pragmatic curricula to reach the real need of the country, not some bright students.

“The third critical front is to revamp the production of goods and services in the country. Right now Haiti is producing almost nothing, that must change. Again, economic development is possible only if we have realistic economic and business plans that take into account the real potential of the country and the population.

“Obviously to achieve these plans, we need stability and security. On these critical issues, we need bold actions, not talking points.” 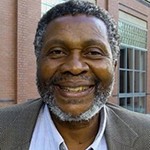 “The information that ex-soldiers from Colombia were involved brought to the spotlight the ways in which the society of Haiti has been enmeshed in the world of drugs, criminality, and instability since the overthrow of President Jean Bertrand Aristide in 2004.

“For the past thirty years, the peoples of Haiti have yearned for a new mode of politics to transcend the dictatorship of the Duvalier’s (Papa Doc and Baby Doc). After popular uprisings Jean Bertrand Aristide was elevated to the Presidency, only to be removed by the military. This military intervention, supported by external forces in North America and the Organization of American States, brought militarists and drug dealers under General Joseph Raoul Cédras to the forefront of the society. The working peoples of Haiti were crushed by an alliance between local militarists, external military peacekeepers and drug dealers.

“The devastating 2010 earthquake further deepened the tragic socio-economic situation in Haiti. An estimated 230,000 Haitians lost their lives, 300,000 were injured, and more than 1.5 million displaced because of collapsed buildings and infrastructure. External military interventions by the United Nations, humanitarian workers and international foundations joined in the corruption to strengthen the anti-democratic forces in Haitian society. In 2015, Moïse was elected president in a very flawed process, but was only able to take office in 2017. From the moment he entered the presidency, his administration became immersed in the anti-people traditions that had kept the ruling elites together. President Jovenel Moïse’s term, fed by spectacular corruption, mismanagement and repression was scheduled to come to a legal end in February 2021. Moise sought to remain in power, notwithstanding the Haitian Constitution, the electoral law or the will of the Haitian people.

“Mass demonstrations, kidnappings of school children, the unleashing of death squads, gangs and counter gangs dotted the landscape while the external foundations and humanitarians were busy with ‘governance issues.’ The nature and manner of the assassination of the president has brought further urgency on the need for genuine reconstruction and support for democratic transition in Haiti.”