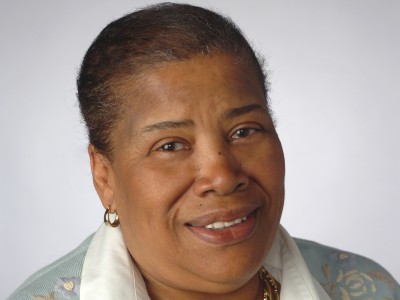 May was born in Jacksonville, Florida, the daughter of Mary and Thaddeus Kennerly. She was a proud historically Black colleges and universities alumna, earning a bachelor’s degree in psychology from Fisk University. She earned a master’s degree in social work from Syracuse University.

She was a social worker at St Joseph’s Hospital Health Center and later returned to Syracuse University as an educational counselor, embarking on a new mission to find resources for students who had great potential but limited personal resources and support systems. May was promoted to director of HEOP, and later developed and directed the Summer Start program.

During her 40-year career at the University, May was committed to designing and directing programs that helped in the retention and graduation of African American and Latino students, aiding in their educational and professional success. She also developed summer programs that gave entering first-year students a jump-start on the rigor of living independently. Additionally, she coordinated summer courses allowing students to earn an academic early start to college.

An excellent grants writer, May secured various funds to advance the goals of student support services. She took great pride in opening one of the first computer study labs for students in the HEOP program. Additionally, she established linkages with other programs supplementing student academic learning with mentors and tutors.

“JoAnn was a dedicated advocate for students of color in the Office of Supportive Services. She believed they were worthy, talented and had every right to be a part of the student body on the Syracuse University campus,” says Marsha Senior, director of HEOP. “She was a mentor and teacher to many and will be greatly missed.

May’s love of the arts made her an early supporter and board member of the Community Folk Art Center (CFAC), and her service to CFAC began when it was a small gallery on South Salina Street. She supported the arts in many ways, including through her membership in The Links, Incorporated. May was also a member of the Syracuse alumnae chapter of Delta Sigma Theta Sorority, Inc. for 44 years and a former advisor to the Syracuse University Kappa Lambda chapter of the sorority.

May was an avid gardener, pet lover and cook. She loved new adventures: hiking up Blue Mountain in the Adirondacks, biking on the Erie Canal, horseback riding and cross-country skiing. She was an avid Syracuse basketball fan especially when her son, James, was a member of the Orange basketball team.

She is survived by her son, James K. May (Luz); granddaughter, Nylah; former spouse, James May; and a host of beloved aunts, uncles and cousins.