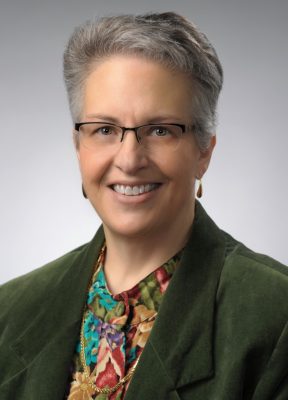 Masingila was appointed dean of the School of Education in 2015 after serving as interim dean since February 2014. A professor of mathematics and mathematics education, she joined the Syracuse University faculty in 1992. She previously chaired the Department of Teaching and Leadership Programs in the School of Education and the Department of Science Teaching in the College of Arts and Sciences.

“Joanna’s leadership has been impactful in countless ways,” says Interim Vice Chancellor and Provost John Liu. “The school has seen an impressive increase in faculty diversity and highly relevant research, the launch of innovative programs including online degree programs, and the growth of signature programs like InclusiveU. Joanna’s emphasis on inclusive education and partnerships with school districts, particularly during the pandemic, exemplify Syracuse University’s commitment to providing students with distinctive learning experiences and engagement in our communities.”

Kelly Chandler-Olcott, Laura J. and L. Douglas Meredith Professor for Teaching Excellence, has agreed to lead the School of Education as interim dean while the University launches a national search for Masingila’s successor.

Masingila says her decision came after a thoughtful evaluation of her professional and personal aspirations.  “This past year has been difficult for many people. My husband’s passing in January was a huge loss for me and has naturally caused me to reflect on the life that Adamson and I shared, and how I wish to engage in the next phases of my personal and professional life,” she says. “I value my time working with the School of Education as dean, the exciting direction of our recent strategic discussions, the relationships we have developed and our many important collaborative undertakings. I am also looking forward to engaging in scholarly work that I have put on hold during my time as dean.”

During her tenure, Masingila hired 25 new faculty members and supported 18 faculty members through promotion and tenure who remain at the School of Education, increasing the school’s percentage of faculty of color to 40%. She established a Holmes Scholars program at the School of Education, an initiative of the American Association of Colleges for Teacher Education that supports students who self-identify as racially and ethnically diverse at either the undergraduate, master’s or doctoral level to pursue a career in the education professoriate, the PK-12 teaching workforce, or a leadership position in the education and education research fields. She has also worked to provide Leadership Scholarships for incoming undergraduate students.

Masingila established the school’s Office of Research and Grants Administration to support scholarly work, proposal submission and grants management. During her tenure, the school has supported the launch of three centers with opportunities for scholarly research and outreach, including the Lender Center for Social Justice, the Center on Disability and Inclusion and the Center for Experiential Pedagogy and Practice. She has created a new partnership with the Solvay Union Free School District and strengthened partnerships with the Syracuse City School District and schools in New York City through the Bridge to the City program. She has led the launch of an online master’s degree in instructional design, development and evaluation, and the submission of an online bachelor’s degree in selected studies in education and a multidisciplinary STEM education doctoral program for New York State Education Department approval.

Since joining Syracuse University in 1992 as an assistant professor of mathematics and mathematics education in the College of Arts and Sciences and the School of Education, Masingila has risen through the ranks and collected numerous honors, including the Excellence in Graduate Education Faculty Recognition Award (2006) and the Martin Luther King Jr. Unsung Hero Award (2005). She was named a Laura J. and L. Douglas Meredith Professor for Teaching Excellence in 2003 and a Gateway Fellow in 2002. In 1998, she was a Fulbright Scholar to Kenyatta University in Nairobi, Kenya, and also spent fall 2011 on research leave there. Masingila has worked extensively with teachers and teacher educators on professional development and research activities in Kenya for more than 20 years.

Masingila’s research interests include teacher development, teacher educator development, mathematical knowledge for teaching teachers, and students’ out-of-school mathematics practice. She is or has been a principal investigator or co-principal investigator on more than $7 million in grants, including six from the National Science Foundation, two from the United States Agency for International Development, and two from the International Research and Exchanges Board of the U.S. Department of State’s Bureau of Educational and Cultural Affairs. Masingila has published widely in journals and books and developed a number of multimedia case studies examining issues in teaching practice.

Active in policy and advocacy work for teacher and leader education, Masingila is currently a board member of the Professional Standards and Practices Board for Teaching for New York State, an executive council member of the Council of Academic Deans from Research Education Institutions and the past president of the New York Association of Colleges for Teacher Education.