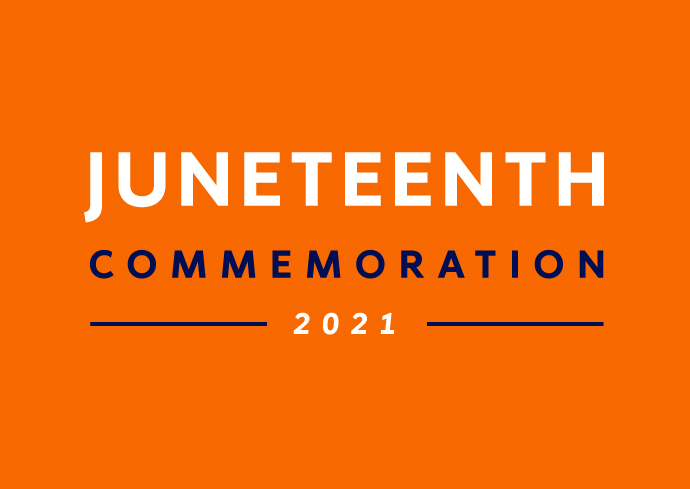 In observance of Juneteenth, the Office of Diversity and Inclusion is partnering with Syracuse University Libraries to share meaningful opportunities to better understand this significant day in American history and reflect on the continued struggle for equity and justice.

Each day of the month leading up to June 19, the University will commemorate Juneteenth by sharing resources to learn more about the Black experience.

This 19-day observance will include a series of readings, lectures, videos and other content leading up to and following Juneteenth. Every day, the content will be posted on the Office of Diversity and Inclusion website and on the office’s Instagram account, @Syracuseudiversity.

“Syracuse University’s observance of Juneteenth provides an opportunity to reflect on the history and significance of this day,” says Chief Diversity and Inclusion Officer Keith A. Alford. “Let’s keep these important conversations about equity and justice going. Our transformative actions will make a difference in addressing the challenges we face to overcome systemic racism. Building on the diversity of our strengths will help in our efforts to come together as a community and a nation.”

Juneteenth marks the date of June 19, 1865, when enslaved people in Texas were informed they were free by federal troops who had arrived in Galveston. This happened two months after the Civil War had already ended, and more than two years after President Abraham Lincoln issued the Emancipation Proclamation in 1863.

The Emancipation Proclamation did not end slavery. It wasn’t until 1865 that slavery was abolished in the United States with the passage of the 13th Amendment.

In Texas, Juneteenth became a date for those who had been freed and their descendants to celebrate the anniversary of receiving the news of their freedom—and the celebration has developed into a day to honor the strength and perseverance of African Americans. Texas was the first state to establish the date as a state holiday in 1980, and most other states have followed. In 2020, the commemoration took on even greater meaning during the nationwide protests for racial justice.

The campus community is encouraged to discover and contemplate the various resources that will be shared by the Office of Diversity and Inclusion in partnership with the Syracuse University Libraries.

Today, Wednesday, June 2, the resources provided are an introduction to Juneteenth from the “Encyclopedia of Emancipation and Abolition in the Transatlantic World” and a social media post about 5 Things You Probably Didn’t Know About Juneteenth.

Syracuse University will officially observe Juneteenth on Friday, June 18; administrative offices will be closed in its observance.