In March 2020, the Thursday Morning Roundtable weekly public forum was nearing the end of its 54th year as a Syracuse University and Syracuse community institution.

The charm of “TMR” had always been its personal touch: Community members would gather at a Syracuse University location, enjoy fresh coffee and pastries, and listen to prominent newsmakers discuss current topics in Central New York and beyond. And following the presentations, community members could ask whatever questions they’d like.

But then the pandemic hit, lockdowns were ordered, and the staff members from the University’s Office of Community Engagement who host TMR knew they would have to get creative if they wanted to get to season No. 55.

“We’re always looking at ways to improve TMR and make it more engaging,” says Emily Winiecki, community engagement coordinator for the Office of Community Engagement, who schedules speakers and moderates the Q&A sessions. “In an odd way, the pandemic gave us an opportunity to implement changes we had been considering as a way to expand the reach of TMR.” 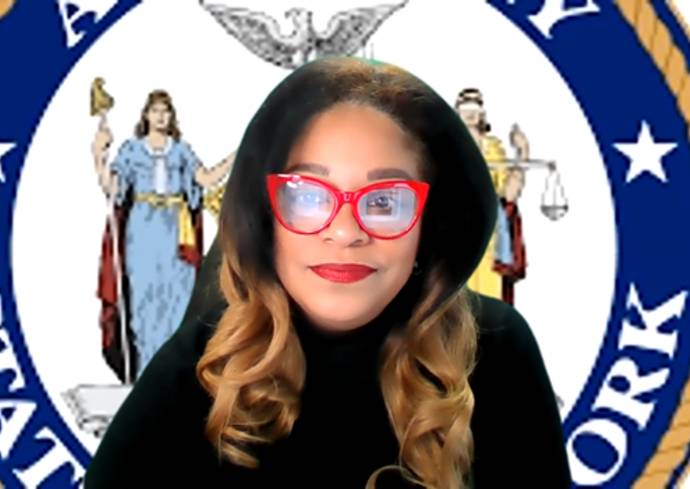 Assemblymember Pamela Hunter on her Zoom for the April 22 Thursday Morning Roundtable.

Working with the University’s IT staff and in coordination with Cydney Johnson, vice president for community engagement and government relations, and Mark Jackson, executive director for community engagement, the Office of Community Engagement turned TMR into a weekly Zoom session that remained open to the public through a simple registration process. Participants were still able to ask questions through the chat function, so the Q&A session remained a staple at the end of the 8-9 a.m. forums.

With TMR now on Zoom, participants didn’t have to wake up as early, drive in snow or miss any work because they could watch from their homes or offices.

“They did a fabulous job with TMR on Zoom this year,” says Jeanne Jackson, a regular TMR participant from Manlius and a retired vice president at Feldmeier Equipment in Syracuse. “Several of us who are no longer working love having it on Zoom so that we don’t have to get up, get dressed and get out of the house early. Zoom works perfectly for us.” 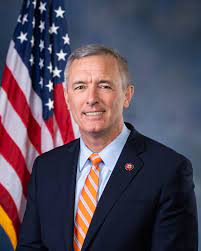 U.S. Rep. John Katko, R-Camillus, was one of the most popular guests during the 55th season of TMR.

“Not only are we getting more attendees, but we are able to bring in different speakers from local, state and national politics because they can connect from anywhere,” Winiecki says. “We hope to use this technology to continue to expand the reach of TMR and continue to connect speakers to the general public to spark more discussion of the day’s important topics.”

The timing of the speakers was as notable as their prominence: Katko appeared at TMR just weeks after he became the first Republican member of Congress to announce his support for the article of impeachment against President Donald Trump; Hunter appeared just two days after Derek Chauvin was found guilty in the death of George Floyd and she provided a national perspective on policing; and Onondaga County Board of Election commissioners Dustin Czarny and Michele Sardo presented before the Nov. 3 election and provided prescient comments on election reform as the fairness of elections would soon be called into question.

“Thursday Morning Roundtable did a great job of pivoting their weekly conversations to a virtual forum that allowed for community leaders to deliver their presentations and messages with just as much impact as before the pandemic,” says TMR participant Calvin Corriders, manager of neighborhood economic development at CenterState CEO in Syracuse.

In addition to keeping up with the ever-changing news cycle this past year, TMR recognized many significant observances with presentations on: 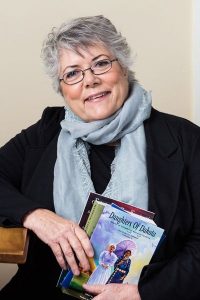 The video from Sally Roesch Wagner’s presentation on Women’s History Month was the most viewed this TMR season.

Throughout TMR’s 25 presentations over the fall and spring semesters, participants also learned, among other things, about the new Salt City Market food hall in downtown Syracuse; the Blueprint 15 plan for holistic redevelopment of the East Adams Street neighborhood in Syracuse; and the COVID-19 early warning wastewater surveillance platform developed by a local team of scientists led by the David B. Falk College of Sport and Human Dynamics public health professor David Larsen.

And naturally, the 2020-21 TMR season kicked off with “Syracuse University’s Reopening and Response to COVID-19” with speaker J. Michael Haynie, vice chancellor for strategic initiatives and founder and executive director of the Institute for Veterans and Military Families, who continues to lead University’s COVID-19 response.

The 2020-21 TMR forums attracted nearly 1,450 attendees, an average of 58 attendees per forum that was higher than the previous in-person average. The forums were also amplified through media coverage from syracuse.com, NewsChannel 9, CNY Central, WAER radio and other local news outlets.

The forums were recorded on Zoom and viewed frequently through the Office of Community Engagement webpage. They were also recorded through a partnership with WCNY radio, and the audio versions can be found on WCNY’s Thursday Morning Roundtable webpage.

As for the 2021-22 season of TMR, Winiecki says the safety of the participants and guests will remain the top priority, but she envisions a time when campus and community members can attend either through Zoom or in-person, whichever is most convenient for them. And for those who can’t attend in real time, the forums will continue to be accessible through the community engagement and WCNY websites.

“We want to continue to emphasize the ‘Thursday’ in Thursday Morning Roundtable, but we also understand that times have changed,” Winiecki says. “Through our various platforms you can participate live or watch or listen later on any day of the week.”