The month of June is Pride Month in America. Originally started as Gay Pride Day to honor the 1969 Stonewall Uprising that was the catalyst for the gay liberation movement in the U.S., the day has morphed into a month of parades, picnics, celebrations and learning opportunities in honor of the LGBTQ+ population.

For your Pride Month coverage in June, Syracuse University professors are available for interviews to provide insight and perspective on the LGBTQ+ issues and trends, from the legal to the political to the social:

Think again. The LGBTQ+ community is growing its political power. From Pete Buttigieg’s appointment as U.S. Secretary of Transportation, to Caitlyn Jenner’s announcement to run for governor of California, members of the LGBTQ+ community are amassing and growing its political power. In what was dubbed a “rainbow wave” last year, dozens of LGBTQ+ candidates captured historic wins in the 2020 U.S. elections. It included the elections of the first openly transgender person for a State Senate seat and the first gay Black men elected to Congress.

William Robert is the director of LGBTQ Studies and an associate professor of religion at Syracuse University’s College of Arts and Sciences. Prof. Roberts talks about the importance of remembering the political diversity within this growing community of voters and lawmakers.

“I’m almost always thrilled when LGBTQ+ candidates win political offices.  I say ‘almost’ because our identities are intersections. They’re never reducible to one category, like gender or sexuality.  LGBTQ+ citizens aren’t a bloc of one-issue voters. They seem not to be a bloc at all, given how little national media attention they receive.”

“What’s most exciting to me are how many LGBTQ+ persons of color who have won recent elections and how their victories range from local to national positions. If the old saying is right, that ‘all politics are local,’ that gives me hope that LGBTQ+ persons can effect urgently needed sociopolitical change.”

During the 2021 legislative session in dozens of states, there has been a surge in anti-trans bills. Legislatures in 30 some states have considered banning trans youth from sports teams that align with their gender identity. Twenty have weighed bans on gender-confirming medical care for transgender minors. The Human Rights Campaign has called 2021 the worst year for anti-LGBTQ legislation in recent history. 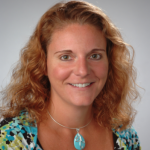 Deborah Coolhart is an associate professor in the Marriage and Family Therapy Department at Syracuse University’s David B. Falk College of Sport and Human Dynamics. A licensed marriage and family therapist, Coolhart’s scholarly interests include clinical issues related to marginalized and queer experiences and relationships, with a focus on transgender people and their families. Coolhart created the Transgender Treatment Team, which provides services throughout Central New York and where Syracuse University students gain specialized training with trans people and their families.

Coolhart has this to say about actions to restrict health care to trans patients.

“And while there have been steps to afford LGBTQ people the same basic rights as other humans, there are also steps being taken backward. (Last year) the Trump administration finalized an administrative rule for the Department of Health and Human Services, making it legal for healthcare providers to refuse medical treatment for LGBTQ people. This rule especially impacts the trans community, who overwhelmingly report mistreatment in healthcare settings.”

“(Past rulings) also allowed insurance companies to deny coverage for transition-related medically necessary treatments for trans people, including hormone therapy and surgeries. So, if you’re trans and get in a car accident, is the hospital allowed to let you die?”

Doron Dorfman, associate professor at Syracuse University College of Law, is available to speak to the media on issues surrounding the current restrictions on gay men donating blood. 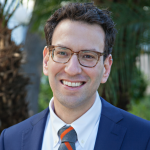 Professor Dorfman studies the intersections of health, law and social science to understand perceptions around public health. His scholarship explores how stigma informs the legal treatment of disempowered communities through.

His latest paper, The PrEP Penalty, which will be published later this year by Boston College Law Review, exposes the paradoxical legal treatment of people who use PrEP, the treatment shown to be highly effective in preventing HIV infection. Dorfman writes that while PreP has wide approval and acceptance for the prevention of HIV, the FDA still restricts PrEP users, largely sexually active gay men, from donating blood through a legal policy known as the ‘blood ban.’  Dorfman’s research shows how moral judgment impacts decisions related to public health which is detrimental not only to LGBTQ individuals but also to society as a whole.

Dorfman wrote about this issue last year for an op-ed in Law 360:  “COVID-19 May Help Lift FDA Policy On Gay Blood Donors.”

For more information or to schedule an interview with any of these professors, please contact a member of the Syracuse University media relations department.

This week Anand Syed, the subject of the Serial podcast that cast doubt on his guilt in a murder case, walked out of prison after prosecutors recommended that his conviction be vacated. A judge overturned his murder conviction in the…

COVID was deadlier for those with intellectual disabilities, according to new research

Authors of a new peer-reviewed paper have discovered that COVID was the leading cause of death for people with intellectual and developmental disabilities (IDD) in 2020. The study, “COVID-19 Mortality Burden and Comorbidity Patterns Among Decedents with and without Intellectual…

California lawmakers have passed a measure cracking down on the future sales of new gasoline cars. The rules call for the ban of new gas-powered cars by 2035, with target guidelines to phase out the cars in increments. It is…