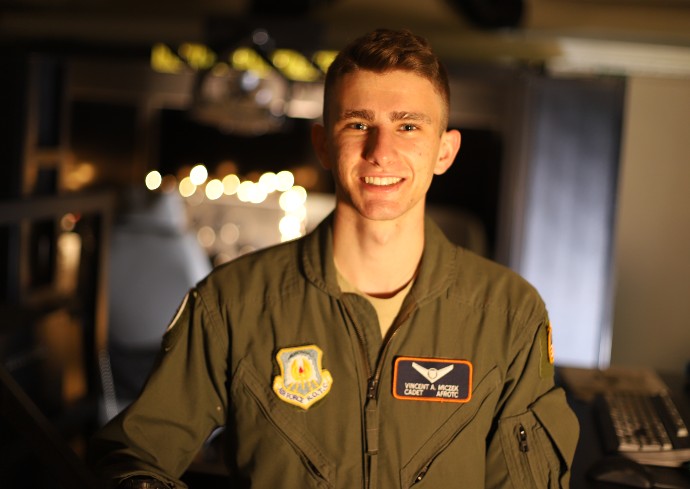 Vincent Miczek ’21 recently earned a bachelor’s degree in aerospace engineering from the College of Engineering and Computer Science (ECS) and is commissioning into the United States Air Force and will be headed to Vance Air Force Base, Oklahoma. At the end of 2021, he’ll start pilot training.

“There is a strong correlation between aerospace engineering and becoming a pilot for such complex systems,” says Miczek, who is a member of the University’s Air Force Reserve Officer Training Corps (AFROTC).  “With a strong background in the field and applying my studies every single time I enter one of their aircraft, I have a better understanding about these systems, not to mention the aerodynamics associated with how aircraft fly.” Miczek says his degree will be applied almost immediately as he learns the intricates of his assigned aircraft. “I can’t wait to start this next chapter in my life,” he says.