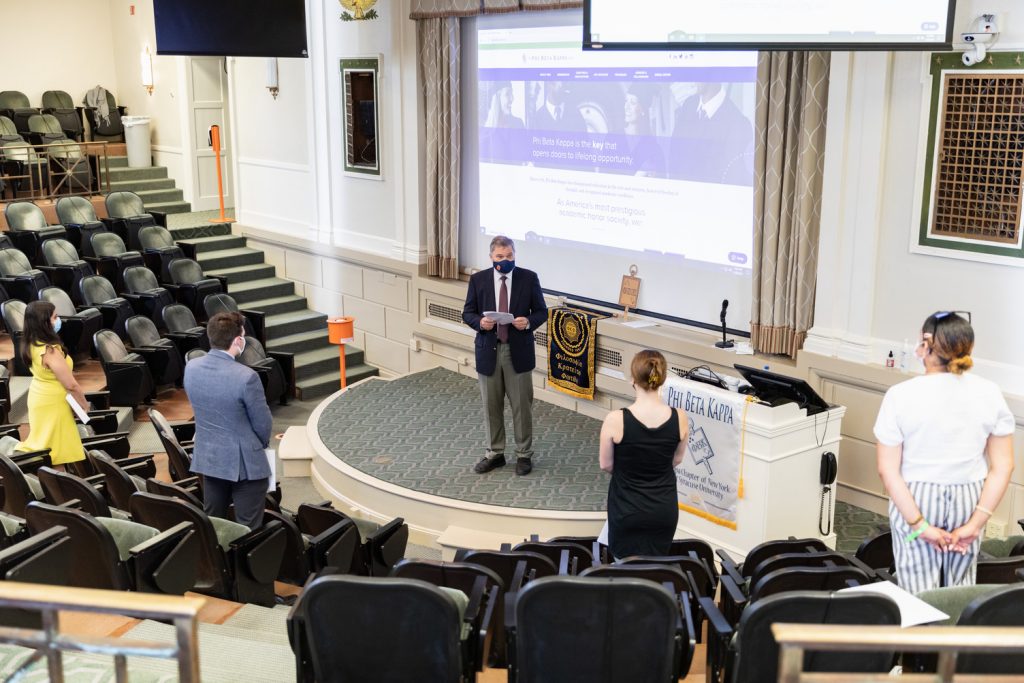 Fifty-six students in the College of Arts and Sciences, the Maxwell School of Citizenship and Public Affairs and the S.I. Newhouse School of Public Communications were inducted into the Syracuse University chapter of Phi Beta Kappa May 20.

Phi Beta Kappa is the oldest honorary society for students in the liberal arts, started in 1776, and one of the most prestigious undergraduate honorary societies in the United States. To be eligible for induction, students must have a major in the College of Arts and Sciences or the Maxwell School, and meet several criteria including a minimum cumulative grade point average, mastery of a foreign language, basic competence in mathematics and good character.

“It is always a privilege to induct outstanding students into Phi Beta Kappa, which is universally recognized as the premier academic honor society in America,” says Chancellor Kent Syverud. “Membership puts them in the company of our nation’s most notable leaders, scholars, artists, scientists, journalists and public servants, both past and present. I urge our new inductees to embrace the meaning of the Greek letters, which stand for ‘Love of learning is the guide of life.’” 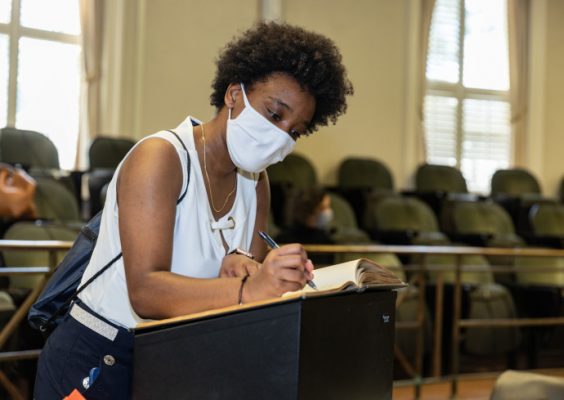 Chris Johnson, associate provost, professor of civil and environmental engineering, and president of the Syracuse University chapter of Phi Beta Kappa says, “It is a privilege to celebrate outstanding academic achievement by students in the liberal arts and sciences. Membership in Phi Beta Kappa opens doors inside and outside of academia and is widely recognized by employers as a credential that indicates a deep and broad understanding of the liberal arts and the ability to communicate effectively.”

The students inducted into Phi Beta Kappa were the following: