Seven New Members Elected to University’s Board of Trustees

Syracuse University has announced the election of seven new members to its Board of Trustees, all of whom are recognized leaders in their fields and are either alumni or otherwise deeply connected to the University through family and service. The new members include Sharon R. Barner ’79, Michael E. Blackshear ’91, Deborah A. Henretta G’85, Gisele A. Marcus ’89, Kenneth A. Pontarelli ’92 and David M. Zaslav, and Ryan P. McNaughton ’96, who will become the president of the Syracuse University Alumni Association Board on July 1, 2021 and serve a two-year term on the Board.

“The board welcomes these new members who have demonstrated dedication and commitment to the mission, vision and values of the University,” says Board of Trustees Chair Kathleen A. Walters ’73. “I am especially impressed with the breadth and depth of governance experience held by many of our new members. They bring both skills and wisdom that will help guide the board through the challenges facing higher education in these unprecedented times.”

Chancellor Kent Syverud says the value brought by these diverse and distinguished professionals will help the University remain on course to achieve its strategic goals. “We are truly honored to have our new members willing to commit the time and resources it takes to ensure this generation of students and the generations to come have access to an extraordinary student experience and opportunities for academic, personal and professional success,” Chancellor Syverud says. 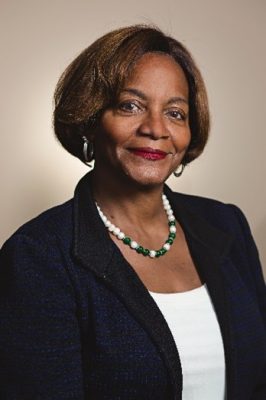 She lives with her husband, Haywood McDuffie, in Carmel, Indiana. They have three children: Haywood McDuffie III ’17 (College of Visual and Performing Arts) and twins Meredith and Devin. 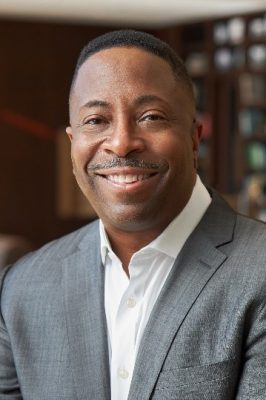 Prior to RSG, he was North America chief compliance officer for Chubb Insurance Group; held various leadership roles with Marsh & McLennan Companies, focusing on compliance and government affairs; and served KPMG and PricewaterhouseCoopers in compliance and risk management advisory roles.

Blackshear was recognized as an influential insurance professional in Insurance Business America’s (IBA) 2021 Global 100, and in 2020 as a change agent and one of the IBA Hot 100 insurance practitioners that push the insurance industry forward in opening doors of opportunity to people of all races, ethnicities, genders, nationalities, orientations and ages.

Blackshear obtained a B.S. in finance from Syracuse University’s Martin J. Whitman School of Management, in 1991, an MBA from St. John’s University in 1995, and a J.D. from Fordham Law School in 1999. He also received a certificate in managing ethics in organizations from Bentley College and has recently completed a certificate at Loyola University Chicago at the Diversity, Equity, and Inclusion Leadership Institute.

Blackshear serves on Syracuse University’s Whitman Advisory Council, the Office of Multicultural Advancement Advisory Board and the National Campaign Council. He received Syracuse University’s Chancellor’s Citation in recognition of his significant career and civic achievements, and received the Annual Ruth Whitehead Whaley Award from Fordham University’s Black Law Student Association for his prominence in the field of compliance.

He and his wife Rhonda reside in Chicago, Illinois. 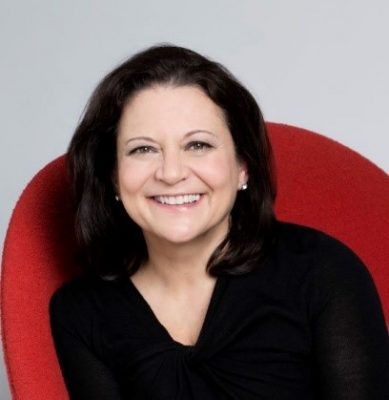 Henretta has had a distinguished career in executive leadership at global companies and is a respected thought leader on issues related to digital transformation, diversity and leadership development. She is a partner at Council Advisors (formerly G100 Companies) and vice chair of SSA & Company, where she oversees its digital transformation practice.

Henretta spent 30 years at Procter & Gamble serving as president and senior executive officer of several different lines of business: its beauty business, its e-business; its Asia business; and its baby care business. For seven consecutive years, she was listed on Fortune’s U.S. and international rankings of the 50 Most Powerful Women in Business.

She currently serves on the boards of several public companies (American Eagle Outfitters, Corning, Meritage Homes and NiSource) and privately held SC Johnson. She is frequently included on Women Inc.’s list of the 50 most powerful female board directors.

She is married to Sean Murray and is the mother of three: Caitlin Murray G’16 (who has a master’s degree in multimedia, photography and design from Syracuse’s Newhouse School), Connor and Shannon. 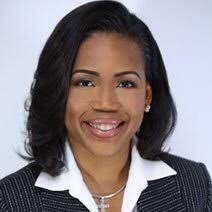 Marcus has inspired countless individuals to aspire high, beat the odds and bring along others on professional journeys. She currently serves as the chief operating officer of NPWR, a networking app being developed to help people network effectively. She recently completed a TEDx titled “Networking Made Easy” and speaks internationally on networking, leadership and women in the workplace.

Marcus’ volunteer work includes being the co-chair of the International Trends and Services committee of The Archway (MO) Chapter of The Links, Incorporated, delivering transformational programs to people of African ancestry globally to have a better quality of life and emerge out of poverty. As co-chair of the Delta Sigma Theta Sorority Inc., Kappa Lambda Chapter $1M endowment fund, she is devoted to providing scholarship opportunities for female students with financial need. She is a trustee at Friendship West Baptist Church, chair emeritus of the Black Repertory Theatre and treasurer of Child & Family Institute.

Marcus earned a B.S. in management information systems and transportation management from Syracuse University’s Whitman School in 1989 and an MBA from Harvard University in 1994.

She is a member of Syracuse University’s Multicultural Advancement Advisory Council, former vice president of the Syracuse University Alumni Association and inaugural lecturer for the University’s Sankofa Lecture Series. In 2014, Marcus received the Chancellor’s Citation for Excellence in Global Business Management. She also endowed an Our Time Has Come Scholarship in her name at the Whitman School of Management. 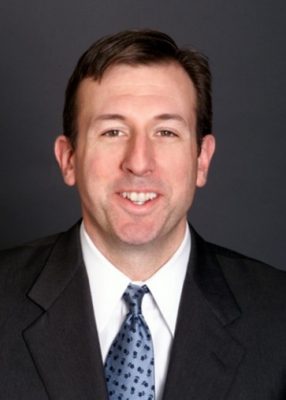 Pontarelli has had a distinguished career with Goldman Sachs, where he is now partner and managing director and leads the firm’s private equity impact investing efforts within its Asset Management Division.

Pontarelli first joined Goldman in 1992 and worked his way up from analyst to become a managing director in 2004 and a partner in 2006. He was also the chief investment officer of Goldman’s West Street Energy Partners for five years.

In 2018, he founded Mission Driven Capital Partners, a New York City-based firm focused on sustainability investing, where he functioned as chief investment officer. He returned to Goldman Sachs in 2020.

During his long career in the investment industry, Pontarelli made the Forbes Top 50 Dealmakers list of private equity executives who are focused primarily on fund performance, exits and recent success in raising money. He previously served as a director of several New York Stock Exchange (NYSE) publicly traded corporations and is currently a director of several privately held businesses.

Pontarelli earned a dual B.S. degree in finance from Syracuse University’s Whitman School and economics from the College of Arts and Sciences and the Maxwell School in 1992. While at Syracuse, he was a member of the Delta Tau Delta fraternity. He graduated from Harvard Business School in 1997 with an MBA with distinction.

He lives in New York City with his wife, Tracey Pontarelli, and their three children: Charlotte ’24 (College of Visual and Performing Arts), Brody ’25 (Falk College), and Tess. 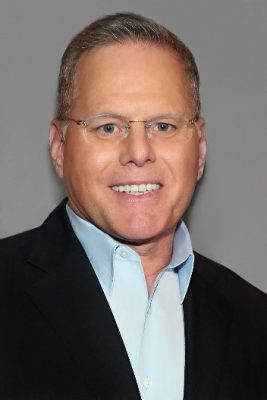 David Zaslav has led Discovery since 2007 as president and CEO, overseeing all operations for all brand platforms, including pay-TV, free-to-air, direct-to-consumer and digital. Under his leadership, Discovery began trading as a public company in 2008, became a Fortune 500 company in 2014, acquired Scripps Networks Interactive in 2018 and launched Discovery+ this year, now reaching three billion viewers worldwide. Zaslav also spearheaded the launch and growth of Discovery Impact, the company’s corporate social responsibility program, including a global conservation initiative to protect the wild tiger population. On May 17, 2021, AT&T and Discovery, Inc. announced their intention to combine WarnerMedia and Discovery, bringing together media holdings including CNN, HBO, HGTV, Food Network and others. Zaslav will lead the new organization.

Prior to joining Discovery, Zaslav had a distinguished career at NBCUniversal, where he was instrumental in developing and launching CNBC and helped create MSNBC. He was previously an attorney with the New York firm of LeBoeuf, Lamb, Leiby & MacRae.

He has received multiple awards for his contributions to the media industry, including the Fred Dressler Leadership Award from Syracuse University’s Newhouse School. He was inducted into the prestigious Cable Hall of Fame in 2017 and into the Cable TV Pioneers Class of 2018.

Zaslav lives in New York City with his wife Pam. Two of their three children are Syracuse University alumni: Alison Zaslav ’14 (College of Arts and Sciences, Maxwell School and Newhouse School) and Jamie Zaslav ’16 (Newhouse School). Their son, Jordon Zaslav, is a graduate of Duke University. 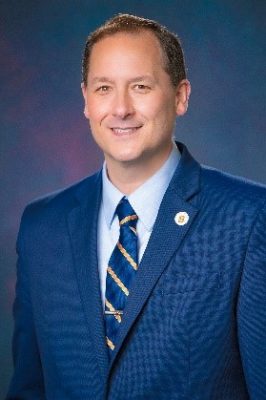 McNaughton has used his prolific communications skills and passion for fundraising to impact the lives of others and improve communities. He currently serves as vice president of government affairs for the Youngstown/Warren Regional Chamber, advancing public policy to promote regional economic prosperity. Previously, he was director of community relations and resource development for the Trumbull County Board of Developmental Disabilities and executive director of its Fairhaven Foundation. He also spent eight years at Kent State University, in both advancement and career services, and served as a city councilman in Niles, Ohio.

McNaughton graduated from Syracuse University’s Newhouse School in 1996 with a B.S. degree in broadcast journalism and spent more than a dozen years in radio and television broadcasting, primarily as a sports reporter in Cleveland and Syracuse. McNaughton also earned a Master of Education degree from Westminster College (Pennsylvania) in 2011, and a Master of Arts degree in public relations from Kent State University in 2017.

McNaughton will assume the presidency of the Syracuse University Alumni Association (SUAA) on July 1, 2021. He has been on the SUAA Board of Directors since 2014, becoming vice president in 2018, and president-elect last year. In 2009, he helped to strengthen the Northeast Ohio Alumni Club and was chosen to be its president. He is a frequent presence at college fairs where he represents what it means to bleed Orange.

The Amherst, Ohio, native is married to Kristenne Robison, Ph.D., who obtained her Ph.D. in 2010 from Syracuse University’s Maxwell School. They are the parents of two boys, Declan and Eamonn.