The work of two WAER staff members was recently honored in the 55th Annual Awards for Excellence in Broadcasting competition, sponsored by the New York State Broadcasters Association (NYSBA).

The NYSBA represents the interests of over 300 television and radio stations in the New York State Assembly, the United States Congress and various other legislative bodies. 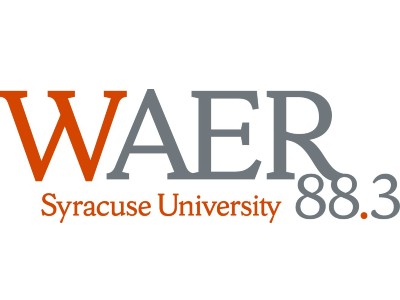 WAER News Director Chris Bolt was awarded Outstanding News Feature for his piece “How to Warn Kids About Dangers of Vaping? Cornell Program Shows Through a Microscope.” Gill Gross ’21, a senior broadcast and digital journalism major in the S.I. Newhouse School of Public Communications, was recognized in the Outstanding Sports Coverage category for his piece “Overdue: Retire a Women’s Jersey at Syracuse University.”

“We are grateful for the donor support that allows WAER to do the kind of impactful journalism that we can all be proud of,” says Joe Lee, director and general manager of WAER.

Bolt has covered news in the Central New York community for over 30 years in addition to serving as teacher and mentor to hundreds of aspiring journalists.

A member of the WAER Sports Department for four years, Gross has broadcast Syracuse University sporting events and produced sportscasts and feature reports, contributing to television broadcasts and podcasts. His post-graduate plans include work in tennis broadcasting.

The awards will be presented at a luncheon in the fall.