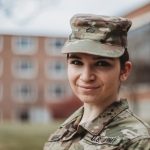 The Dottle Family ROTC Cadet Scholarship recipients were chosen through a competitive process that assessed the applicant’s academics, citizenship, physical aptitude and potential to serve successfully in the U.S. Army and U.S. Air Force. This scholarship allows the ROTC programs to recognize deserving cadets and ensure that the University’s ROTC programs continue to train the best military leaders in the country. This scholarship was part of a larger leadership gift from the Dottle family, which provided support and funding to the Office of Veteran and Military Affairs, as well as further operational support to both the Air Force and Army ROTC programs. 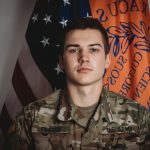 Madeline Messare is a junior studying forensic science and psychology with a minor in Chinese language. She is a member of the Syracuse Women’s Rugby team and a resident advisor in the Psychology Living and Learning Community on campus. Her post-graduation goal is to attend law school to focus on criminal and military law. Her dream is to join the U.S. Army Judge Advocate General Corps to help protect people who are affected by the shortcomings of military and federal law. Messare says, “I will use this honor to drive me to make a positive difference within the ROTC community and any future communities I will join as a soldier.” 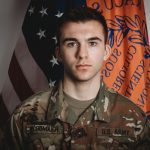 Robert Fraser is a first-year student from Denver, Colorado, majoring in political science in the Maxwell School of Citizenship and Public Affairs. He is honored to be selected as a Dottle Scholar. “Being awarded this scholarship will continue to push me in Army ROTC and to be an outstanding citizen in our community,” Fraser says. 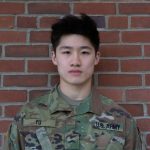 Michael McDonough is a first-year civil engineering major. Originally from Springfield, New Jersey, he is a member of Syracuse University Ambulance and the Society of Hispanic Professional Engineers. This past fall, he helped raise over $3,500 for the Wounded Warrior Project Carry Forward 5k. In the past he has also worked with patients at Children’s Specialized Hospital of Mountainside, New Jersey, pairing them with volunteer police officers to help them shop for their family for the holidays. 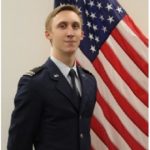 Jason Yu is a first-year student from New York City. He graduated from Phillips Exeter Academy where he served as head editor of the school newspaper’s humor section. At Syracuse University, Jasper plans to major in international relations and minor in Arabic and finance. He is also active in the John Quincy Adams Society foreign policy club and Greek life on campus. After graduation, Jason plans to pursue a role as a military intelligence officer, and study law. 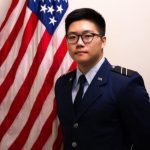 Gerrit VanVranken is a 2018 graduate of Jamesville Dewitt High School in Jamesville, New York. In the past, he has participated in Civil Air Patrol NY Wing’s Flight Academy and accumulated 10 solo hours of flight time. VanVranken chose to pursue a commission in the U.S. Air Force because he wants to be a pilot. “I’m always striving to fly again and can’t wait for the next opportunity to learn more about it,” he says. VanVranken currently works in his spare time as a desk attendant in Syracuse University’s Esports Room. 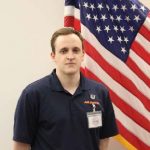 Mingeun Song is from Bayside, New York, and studies general biology. Song chose to pursue a commission in the U.S. Air Force to learn and strengthen leadership skills, grow as a person, and give back to the nation that provided the opportunities and support that helped him become who he is today. He aspires to serve the Air Force as a dentist to provide care for the people who protect our nation. “My dad has been in the dentistry field for over 20 years, and I was inspired to follow in his footsteps. I wish to challenge myself to eventually become an oral surgeon,” Song says. 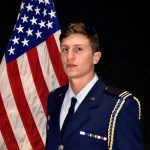 Quinn Pelichoff is currently a junior in the School of Architecture. Originally from Burlingame, California, Pelichoff has always been interested in building. He hopes to use those skills in the Air Force by constructing barracks, roads, runways and hangers as an architect or civil engineer. Pelichoff comes from a family legacy of service, including both of his grandfathers who served in the U.S. Air Force. He has made the dean’s list in the School of Architecture from Fall 2018 through the Fall 2020 semester.

Nikolaus Sarisky is a junior majoring in biology. His hometown is Suwanee, Georgia, and his goal is to work in special operations for the Air Force. Sarisky is an active member of the Arnold Air Society and helps design physical training plans for cadets in Air Force ROTC as the training operations support element commander.