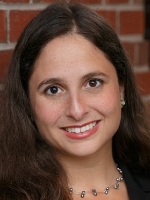 Nina Kohn, the David M. Levy Professor of Law and faculty director of online education in the College of Law, wrote an op-ed for The Washington Post titled “Covid awakened Americans to a nursing home crisis. Now comes the hard part.” Kohn, who also serves as faculty affiliate with the Syracuse University Aging Studies Institute, is an expert on elder law.

Kohn writes that while nursing home residents make up less than half of 1% of the American population, they accounted for nearly a quarter of all COVID-19 deaths during the pandemic. This statistic, Kohn argues, reflects the long-standing systemic problems plaguing nursing home facilities across the nation. Kohn writes that understaffing and underspending on resident care are the biggest challenges facing the industry, and that many facilities put profit above resident welfare.

While there are a few state-level rules in place to protect nursing home residents, such as mandatory facility checks, Kohn says that the enforcement of such policies fails to protect the elderly. Substantial fines are rarely imposed on facilities not upholding care standards, which Kohn says creates no motivation or reason to fix problems within the facilities. She also writes that many facilities are severely understaffed, which became an even more severe problem during the pandemic.

Kohn believes that minimum staffing standards and spending requirements on resident care would start to greatly improve the situation at many nursing home facilities. “Ultimately we know what needs to be done to improve long-term care in the United States. The question is whether politicians care as much about nursing home residents as they do about the nursing home lobby, which remains a potent political force,” Kohn concludes.

To read her essay in its entirety, visit The Washington Post.