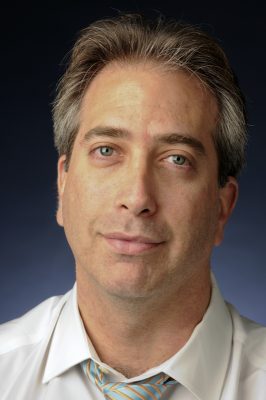 Roy Gutterman, associate professor of newspaper and online journalism and director of the Tully Center for Free Speech in the Newhouse School, wrote an op-ed for Syracuse.com: “Assaults on press freedom, here and abroad, endanger democracy.” Gutterman is an expert on communications law and the First Amendment.

Gutterman writes that in 1991, a group of international journalists and press freedom activists joined together to write the Declaration of Windhoek on Promoting an Independent and Pluralistic African Press, which outlined principles of press freedom for media, governments and citizens across the globe. Gutterman says that the declaration came at a time where emerging democracies were in need of free press ideals, as America was setting the standard. The document is celebrated each year on UNESCO’s World Press Freedom Day, May 3.

Now, 30 years later, Gutterman says that these issues regarding freedom of the press are now hitting much closer to home, not only in seemingly “far-off places.” “As much as our First Amendment is a symbol and statement to the world about the constitutional and legal protection afforded to the press and speech, anti-press political rhetoric over the past few years sought to minimize the protections and diminish the role of the institutional press,” Gutterman writes.

Part of Gutterman’s mission in leading the Tully Center for Free Speech is to uphold the work of journalists who risk their lives in the name of free speech. Gutterman says that this week the Tully Center will give an award to Igor Rudnikov, a Russian journalist who survived an assassination attempt and was jailed for over a year for running a newspaper that was critical of Russian leadership. It is people like Rudnikov, Gutterman writes, that uphold the original principles of the Windhoek Declaration and are dedicated to telling the truth.

To read his essay in its entirety, visit Syracuse.com.