‘Why Is There Over-Policing for Low-Level Offenses?’ 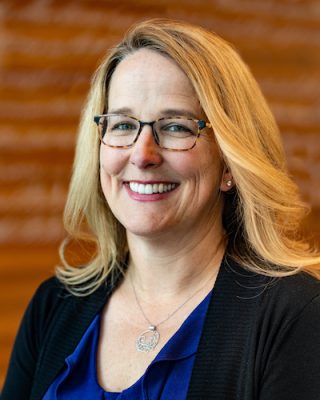 Lauryn Gouldin, Crandall Melvin Associate Professor of Law in the College of Law, authored an op-ed for The Hill titled “Why is there over-policing for low-level offenses?” Gouldin, who also serves as the director of the Syracuse Civics Initiative, teaches on criminal law and criminal justice reform.

Gouldin writes that while much of the nation is breathing a “small sigh of relief” that Derek Chauvin will be held accountable for the death of George Floyd, the nation is still plagued by continued police violence. The injury and death of those who have committed low-level offenses raises the question of why police use policing methods that cause such damage and trauma, Gouldin says.

She attributes part of the answer to two Supreme Court cases, Whren v. United States and Atwater v. City of Lago Vista, as these cases provide legal precedent that allows police “to use stops and custodial arrests for low-level offenses to get information about more serious crimes.” Gouldin writes that both cases provide empowerment for officers to act on their racial biases when making unnecessary arrests, especially when there is enough suspension that gives them hope of unearthing evidence of more significant crimes.

As an expert on Fourth Amendment law, Gouldin writes that “custodial arrest is an overwhelming intrusion on the fundamental liberty, autonomy, personal security and dignity rights that the Fourth Amendment protects.” She writes that while proposed and ongoing reforms to the criminal justice system are promising, the Supreme Court must take mote immediate actions to address these problems.

“Our communities, particularly those Black and brown communities subjected to the most aggressive police intrusions on physical liberty, pay far too great a price for the court’s faith that good cops will avoid bad outcomes,” Gouldin concludes.

To read her essay in its entirety, visit The Hill.