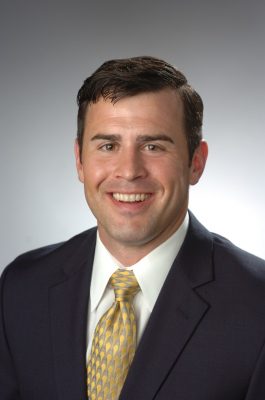 Nick Armstrong, managing director of research and data in the Institute for Veterans and Military Families (IVMF), authored an op-ed for Military Times titled “How Biden’s budget signals the right ideas to address veterans issues.” Armstrong also serves as an adjunct professor of public administration and international affairs in the Maxwell School.

Armstrong explains that the White House recently unveiled its fiscal year 2022 discretionary budget request, which elaborates on an 8% boost in spending for the Department of Veterans Affairs’ (VA) budget. The plan outlines spending increases in the areas of veteran suicide and homelessness, future-focused job training for veterans and research on evolving veteran need, Armstrong writes.

The request outlines devotes $540 million for suicide prevention programming at the VA, as well as $2.1 billion toward ending veteran homelessness. Given the pervasiveness of both suicide and homelessness in the veteran community, Armstrong says these measures and necessary and effective as the two problems are so closely related. “Preventing suicide and homelessness in tandem requires an approach that addresses social drivers and provides clinical interventions for those at risk,” Armstrong writes.

The budget also outlines the creation of a pilot program between the VA and Department of Labor to train veterans in clean energy jobs. Armstrong says that this plan utilizes veterans’ skills as an asset in the U.S. economy, while also potentially improving veteran employment rates. Lastly, the request allocates $882 million toward new veteran research initiatives, many of which are specific to health care.

Ultimately, Armstrong believes the Biden administration is on the right path. However, he says “success will require more than dollars alone. It will require the right strategy to deploy those resources in an effective, evidence-based approach.”

To read his essay in its entirety, visit the Military Times.