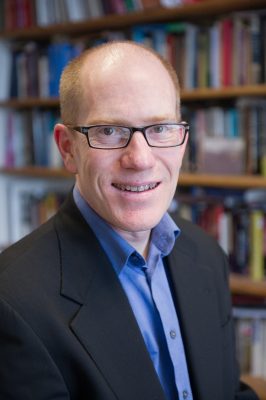 Brian Taylor, professor of political science in the Maxwell School, wrote an op-ed for Foreign Affairs titled “Putin’s Rules of the Game.” Taylor is an expert on Russian politics and recently authored “The Code of Putinism,” published by Oxford University Press.

While 2020 was a difficult year around the globe, Taylor writes that for Russian President Vladimir Putin it was a bright spot. Putin managed to solve his “2024 problem” by manufacturing a constitutional overhaul that nullified his previous presidential term limit, allowing him to potentially stay in power until 2036. Taylor says that Putin’s solution to the problem was both for his own benefit and the benefit of Russia’s political and economic elite, as it quelled fears of a future succession crisis that could threaten their power and wealth.

Taylor writes that the constitutional referendum does very little for most Russian people. This is a risk given Putin’s steadily declining popularity in recent years, Taylor says. He notes that years of a weak economy and poor leadership have taken a toll on the spirit of many Russians, which Taylor believes does not bode well for stability in the future. “Meaningful political stability is achieved not by keeping one ruler in power for decades and decades but by building a system that moves from leader to leader without major trauma,” Taylor writes.

Taylor also states that claims asserting that Putin’s “2024 problem” solution cements his rule until 2036 are wrong. He writes that, despite the constitutional change, Putin will continue to face voting challenges and backlash on the rapidly growing Russian internet. However, Taylor believes that if Putin remains in power for an additional 16 years, the poor state of U.S.-Russia relations will only continue. Therefore, Taylor writes that it is likely that the Biden administration will increase its attention on countries neighboring Russia to “push Putin’s buttons.”

Ultimately, Taylor believes that an eventual post-Putin era does not equate to a democratic breakthrough in Russia. “Historically, the end of a personalistic regime often leads to another authoritarian government. Still, nearly every leadership change in Russia and the Soviet Union over the last century has led to major shifts in domestic or foreign policy. The same will likely be true after Putin,” Taylor writes. In the end, Taylor says it is up to the United States to “work with Russia where it can and contain Russia where it cannot” in order to mitigate successional turmoil when change does arrive.

To read his essay in its entirety, visit the Foreign Affairs website.