Share
Board of Trusteessyracuse university alumni associationWhitman School of Management

In 2013, Variety magazine honored Syracuse University alumnus and trustee Marshall M. Gelfand ’50 with its Business Managers Elite Award and an article titled “Veteran Business Manager Balances Work and Philanthropy.” Gelfand, who died April 1 at the age of 93, was indeed renowned for his dedication to his work, his boundless energy, his charitable causes, his generous philanthropic leadership and his devotion to his beloved Syracuse University and fraternity Sigma Alpha Mu. 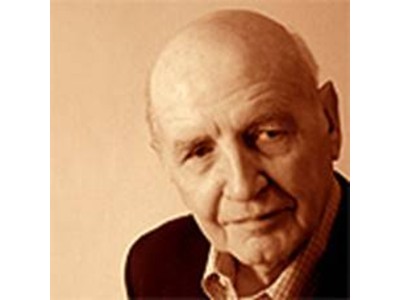 Gelfand became a Life Trustee in 1993, first appointed to the Board of Trustees in 1983, and provided service to the Board’s Student Affairs Committee (now known as the Enrollment and Student Experience Committee), the $300-million Commitment to Learning Campaign Executive Committee and the National Committee for the Schine Student Center Campaign. Gelfand was also instrumental in launching the Syracuse University satellite campus in Los Angeles in 2009, where he served as advisor.

“Marshall served the interests of Syracuse University students as he engaged in and supported the University’s initiatives, even as he advanced in his professional life,” says Board Chair Kathy Walters ’73. “Through his advocacy and his philanthropy, he touched countless lives from coast to coast.”

In an article written in 2010, the Office of Veteran and Military Affairs (OVMF) said Gelfand’s story is a Syracuse University story, “one that speaks to our past, our present and our future.” He balanced his academic career (Martin J. Whitman School of Management and law school at New York University) with his military service in the 1940s and 1950s.

With a degree in accounting from the Whitman School and a law degree from New York University, Gelfand opened his own accounting firm. It was a serendipitous phone call from an attorney whom he’d met at a party that would shape the trajectory of his career. He was introduced to the touring group of Peter, Paul and Mary, and became their accountant, eventually adding big names like Neil Diamond, Bob Dylan, James Taylor, Carly Simon and Debra Winger to his portfolio of clients. In 1967, Gelfand and partners officially founded Gelfand, Rennert & Feldman, LLP, which would become one of the top business management firms in the entertainment industry with offices worldwide representing clients in the fields of music, motion pictures, television, literature and medicine.

Gelfand was an engaged and generous alumnus throughout his lifetime. He was a board member of the Syracuse University Alumni Association, the Southern California Alumni Club and chair of the Southern California Regional Campaign. He established the Marshall M. Gelfand Endowed Scholarship and the Marshall M. Gelfand Special Education Endowed Scholarship. He generously supported other initiatives in the College of Arts and Sciences, the Martin J. Whitman School of Management and Syracuse University Athletics.

“Marshall was a dedicated advocate and loyal champion of Syracuse University—from his work on the Board of Trustees, to his generous support of initiatives that provided opportunities for students and truly enhanced the student experience,” says Chancellor Kent Syverud. “The University’s reach and impact are greater today because of Marshall’s service and generosity.”

In 1996, Gelfand received the George Arents Pioneer Medal, the University’s highest alumni honor, and, in 2007 at the Half-Century Dinner celebrating his 50th class reunion, he received the Melvin A. Eggers Senior Alumni Award. He was also a recipient of the Orange Circle Award in 2010.

Gelfand created the Judy Fund in memory of his late wife, the largest family fund in the history of the Alzheimer’s Association, raising over $9 million in support of Alzheimer’s research and care. In 2014, he received the Sargent and Eunice Shriver Profiles in Dignity award for his work. 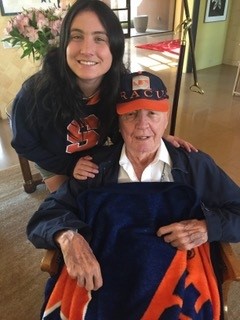 Gelfand was a first generation American. His parents were Russian immigrants who settled in Claremont, New Hampshire, in the early 1900s, and opened a tailoring business there. Gelfand, who was born in 1927, attended Stevens High School in Claremont, played basketball and was editor of the yearbook and graduation speaker.