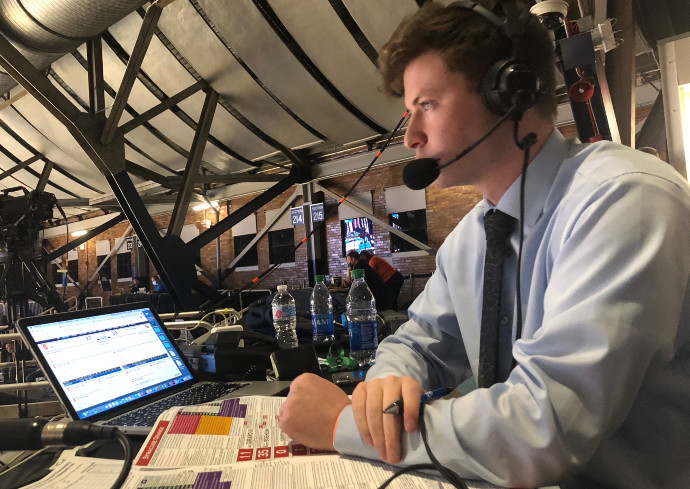 When the Syracuse University men’s basketball team ended its NCAA Tournament run last month, it also marked the end of a long season for the student media broadcast team at WAER.

Newhouse School of Public Communications seniors Corey Spector, Cooper Boardman and Gillon Gross traveled to Indianapolis to broadcast the men’s basketball game against San Diego State, and then, following the team’s first round win, its game against West Virginia.

After the win over the Mountaineers, the WAER team remained in Indianapolis during the weeklong break between games for COVID-19 safety. The extended stay meant additional hotel and meal charges for the radio station, which had seen a decrease in revenue related to the global pandemic.

“I was too busy enjoying the win over West Virginia to think about how the changes in this year’s tournament schedule would impact our broadcast crew,” says Lee. “Matt Dery was the first to alert me.”

“I happened to be in Indianapolis and reached out to Joe Lee to see if the broadcast crew needed anything,” says Dery. “Once I connected with the crew, they told me they might have to stay with a friend an hour away if the team advanced to the Sweet Sixteen. There was no way I was letting that happen, so I rounded up some guys from my era to see if they would help out with the hotel cost for the extra week. There was zero hesitation from any of them.” 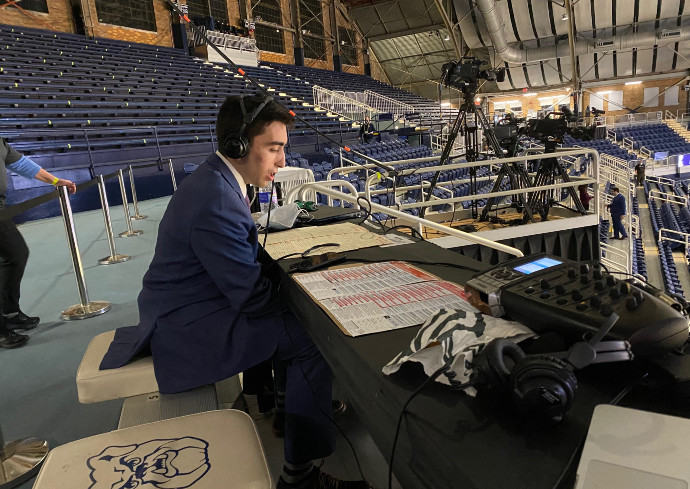 The “guys” Dery is referring to are former WAER student broadcasters Damon Amendolara ’01, Tim Benz ’93, Steve Bunin ’96, Mike Cranston ’95, Dave Pasch ’94, Andrew Siciliano ’96 and Zachary Zaidman ’96. They all pooled resources to cover the hotel cost for the week because, “WAER is family,” according to Dery.

WAER student broadcasters spent the week in between games completing remote coursework, preparing for the next broadcast and zipping around the Indianapolis Motor Speedway.

“The NCAA held a media-only event at the home of the Indianapolis 500 where they gave media members a tour of the grounds, photo opportunities next to trophies and the iconic brick finish line, and a chance to drive three laps around the speedway in a 2021 Chevy Tahoe,” Spector says. “It was a great way to break up our week.”

For Lee, the generosity from the station’s alumni was another reminder of the bonds that tie together generations of WAER students.

“We see it all the time,” he says. “We’re fortunate to have an active alumni base, one that’s always looking to support our current students.”