‘China Has a Large and Growing Navy: What is the Rest of the Story?’ 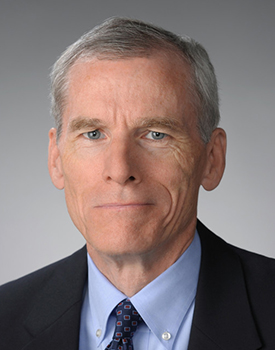 Robert Murrett, professor of practice of public administration and international affairs in the Maxwell School and deputy director of the Institute for Security Policy and Law, wrote an op-ed for the Military Times titled “China has a large and growing navy: What is the rest of the story?” Murrett is a former career intelligence officer in the U.S. Navy and specializes in defense analysis and military intelligence.

Murrett writes that there is increasing interest in the growth of the Chinese navy, known formally as the Peoples Liberation Army Navy (PLAN). PLAN has grown its fleets at a consistent rate, but Murrett believes it is also necessary to assess the navy’s strategy, operational proficiency, and regional and global power.

Murrett says that while China’s navy has vastly expanded their operational scope, they do not yet have a global reach. “The PLAN will achieve the proficiency associated with extended maritime employment in time, but a strategy which allows both a regional and global deployment posture has yet to be fully realized,” Murrett writes.

The Chinese navy also has a different command structure than many other navies, Murrett says, as there are two individuals in charge of each warship. Murrett believes this causes clear potential for disagreement at the command level, which would likely trickle down to the crew and cause delays in decision making. Lastly, Murrett emphasizes the importance of having a balance of naval power between the Pacific and beyond.

“We should never take our maritime allies in the Asia-Pacific region and elsewhere for granted, and China is fully aware of their standing and strategic impact,” Murrett writes. Ultimately, Murrett believes that the growth of PLAN is worthy of American attention, as “quantity has a quality all of its own.”

To read his essay in its entirety, visit the Military Times website.