Rovensky is currently enrolled in GEO300/NAT300, an entirely virtual Abroad@Home class taught by the Syracuse London Center. This spring, Abroad@Home courses are bringing professors and classes from Syracuse Abroad Centers to the home campus through online learning. 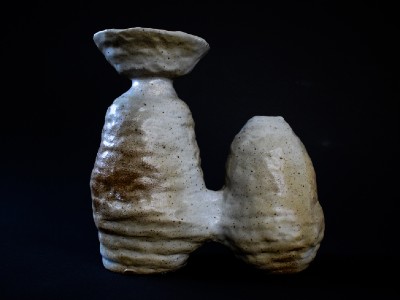 “These are exactly the kinds of community collaborations and student opportunities we are excited to build,” says Petra Hejnova, director of curriculum and academic services at Syracuse Abroad. “The pandemic slowed down global movement, but not global learning. Our professors abroad have adapted to online teaching in innovative ways, bringing the world to students wherever they are and pushing things beyond the classroom—even when that ‘classroom’ is a Zoom room.”

“Climates of Resistance: Environmental Racism and Collective Action” is Syracuse Abroad’s first Native American and Indigenous Studies course. The class, led by Becca Farnum, examines systemic environmental inequalities with particular attention to the experiences of Black, Indigenous and people of color in the 21st century.

When taught in-person at the London Center, “Climates of Resistance” builds on field studies in the Arctic with the Sámi people as part of Syracuse Abroad’s “Sustainability on Trial” Signature Seminar. This semester, the virtual course includes guest speakers and case studies from around the globe.

One of those guest speakers is Diné artist Emma Robbins, an environmental activist working to get running water to the nearly one in three families living without it in the Navajo Nation. While talking with the class about The Navajo Water Project, Robbins invited students to submit artwork to an exhibition curated in honor of World Water Day on March 22. Rovensky did so, and was selected as a featured artist.

The Chapter House exhibition, but when you come from water, explores interpretations of water in artistic form from voices around the world. In her poem “Atlas,” which inspired the exhibition’s title, award-winning poet Terisa Siagatonu ponders the realities of being from Sāmoa, an island in the South Pacific that is victim to colonization, tourism and American military imperialism. For Siagatonu, water is the place she is from, in part because it threatens to overtake what little land makes up Sāmoa, but also because the ocean’s vastness is easier to see than the island. As water surrounds her homelands, how might water shape other places we are from? 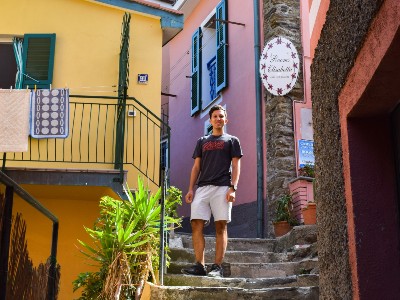 Rovensky’s piece, “Mounds,” responds to this question by considering the effects of residual wet matter that is deposited and manipulated by water. Clay is a type of wet matter, intrinsically tied to water, which transports, forms and resists the material. With the withdrawal of moisture, the clay maintains its shape but exhibits properties opposite to those of its wet state, becoming brittle and weak. Upon firing, the clay enters its strongest phase. “Mounds” was created using a coil stacking technique, and was finished with a mixture of high-fire glazes.

“I wanted to achieve a smooth but bumpy finish to the piece, to maximize the effects of dehydration on the clay body,” Rovensky says. “The coils used in its production were drier than normal to exaggerate this effect.”

The vessel is a part of Rovensky’s ongoing thesis research, which aims to expose the ecological transformations of territories laced with human agency by examining the residues left by water. His goal is to deviate from the nostalgic notion of a return to nature in favor of a critical awareness about these interactions. He uses digital fabrication and photogrammetry methodology to reassess the potential of clay through the industrialized practice of slip-casting. More of Rovensky’s work is showcased on his website.

As part of his Architecture curriculum, Rovensky studied at Syracuse London in spring 2019 and Syracuse Florence in fall 2019. His time abroad was spent exploring his host cities, studying and sketching local architecture and immersing himself in unique cultures.

The piece was produced with the support of Margie Hughto, ceramics professor in the College of Visual and Performing Arts.

Learn more about the exhibition and Indigenous-led arts-based activism at www.thechapterhouse.org/.