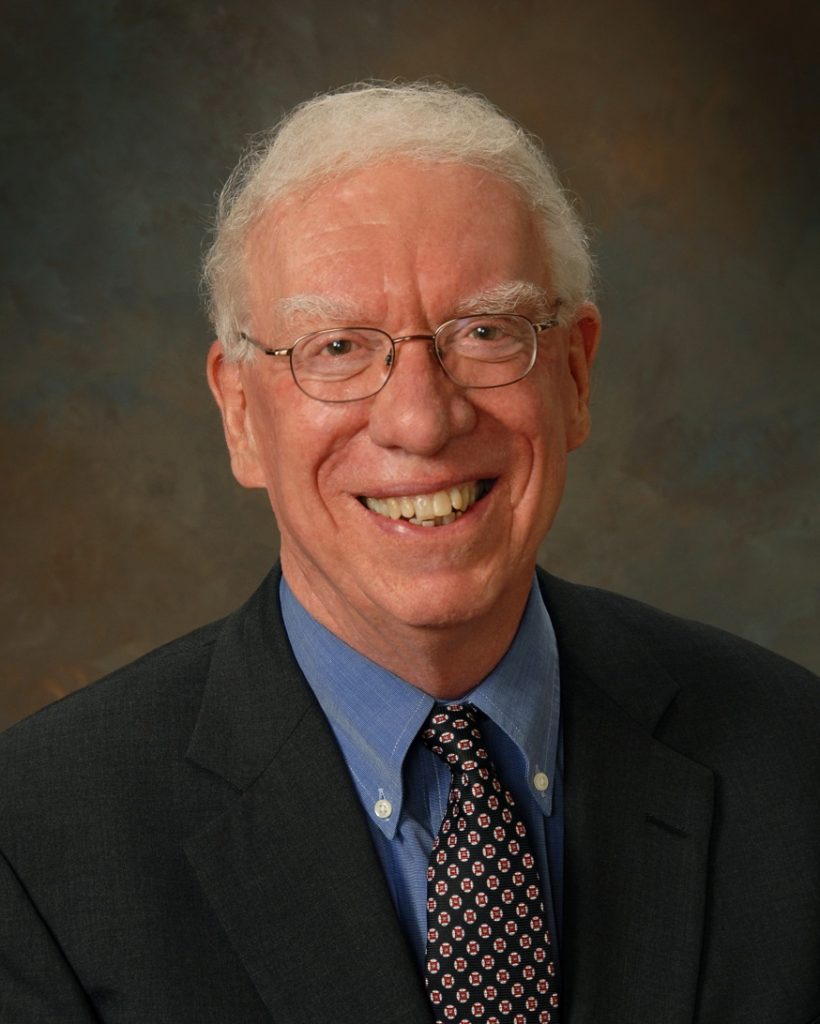 Barclay was also a member of the College of Law Advisory Board. In 1984, he received the George Arents Award, the University’s highest alumni honor.

“Doug was such a force in his professional life of public service, yet he found time to remain connected to his alma mater and serve Syracuse University in many valuable ways,” says Board Chair Kathleen Walters ’73. “On behalf of the Board, we extend our deepest sympathies and support to Doug’s wife, Dee Dee, the entire Barclay family and everyone who knew and loved Doug.”

Barclay and his wife, Sara “Dee Dee” Seiter Barclay, provided the lead gift for the establishment of the H. Douglas Barclay Law Library in the College of Law. They generously supported other initiatives in the College of Law, the Maxwell School of Citizenship and Public Affairs, Syracuse University Athletics, Syracuse University Libraries and international enrollment.

“A towering figure in local, state and national government, Doug never forgot his Central New York roots,” says Chancellor Kent Syverud. “Doug remained a strong advocate of Syracuse University, and we all benefitted from the knowledge and experience he brought to the Board and the generosity he showed to our students.”

In 1990, President George H. W. Bush appointed Barclay a public board member of the Overseas Private Investment Corp. He served there until 1993, when his successor was named. In 2002, President George W. Bush appointed Barclay to represent the United States at the inauguration of the president of the Republic of Costa Rica and to serve as a member of the panel of conciliators at the International Center of the Settlement of Investments Disputes. He also served as U.S. ambassador to the Republic of El Salvador from 2003-07.

“Ambassador Barclay was a larger-than-life figure whose distinguished career in public service spanned many years,’’ says College of Law Dean Craig M. Boise. “He made many significant contributions to the University, the College of Law, New York state and the nation. The College of Law community extends our deepest condolences to the Barclay family.”

A former overseer of the Nelson A. Rockefeller Institute of Government, Barclay was a Fellow of the American Bar Foundation and chair of the Alexis de Tocqueville Society of the United Way of Central New York. He was also the former president (1991-2003), chairman emeritus (2003-present) and member of the Board of Directors of the Syracuse Metropolitan Development Association. Barclay also served on the New York State Economic Development Power Allocation Board, the Board of Directors of Modern Courts, and the Board of the New York Racing Association.

Barclay was a recipient of the Private Sector Initiative Commendation from the President of the United States; the John Jay Education Award from The Commission on Independent Colleges and Universities in New York; and multiple El Salvadorian honors, including the “Noble Amigo de El Salvador” (“Noble Friend of El Salvador”) award from that country’s legislative assembly in 2006, and the Republic of El Salvador’s Award of the Orden Nacional Jose Matias Delgado en el Grado de Gran Cruz de Plata in 2007.

Dear Students: In anticipation of potentially receiving more vaccine in the coming days, the Barnes Center at The Arch is reopening the pre-registration form for those interested in receiving the vaccine on campus. Please complete the form to indicate your…

Dear Students, Families, Faculty and Staff: With less than 40 days to go in the spring semester, we are delighted to share positive news regarding Syracuse University’s 2021 Commencement. Earlier this week, New York State published statewide guidelines for graduation…

Dear Students and Families: The end of the spring semester is quickly approaching. In fact, it will conclude in a little over five weeks. It has been an experience unlike anything we’ve ever experienced, but together, everyone in our community…

A longstanding tradition honoring two exemplar seniors, the Division of Enrollment and the Student Experience announces today the selection of Ava Breitbeck and Morgan Storino as the Class of 2022 Senior Class Marshals. In this role, Breitbeck and Storino serve…

Amir Rahnamay-Azar, senior vice president for business, finance and administrative services (BFAS) and chief financial officer, today announced the members of the search committee for the next chief, campus safety and emergency management services (CSEMS). The new chief will oversee…