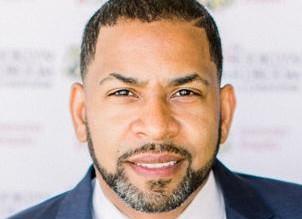 J. Christopher Hamilton, assistant professor of television, radio and film in the Newhouse School, wrote an op-ed for LA Progressive titled “Black Content Needs: Black Capital and Control?” Hamilton, who is also an attorney and executive producer, has spent his career brokering content deals and teaching about revenue and financing models in the entertainment industry.

The film and television industry has served an important role in telling the history and stories of the Black community, Hamilton writes, as the industry has helped to amplify Black voices and experiences. However, Hamilton argues that there are still many economic barriers in front of creative projects featuring Black actors and directors. The only way to continue the progress in the industry, Hamilton says, is to gain ownership and capital.

Hamilton says that Black directors and producers can rarely source major financing for productions within their communities, as there are few people who act as stakeholders with the ability to greenlight production. Therefore, Hamilton argues that it is essential for Black filmmakers to gain “capital and control” to successfully tell Black stories.

“Change in the paradigm won’t come until there is real change in the power structure that undergirds the system creating the content or when we create our own financing and distribution pipeline,” Hamilton writes. Ultimately, for Hamilton, it comes down to evaluating which community leaders will align their money and brands with the mission of creating an international film distribution owned and run by Blacks for Black stories.

To read his essay in its entirety, visit LA Progressive.