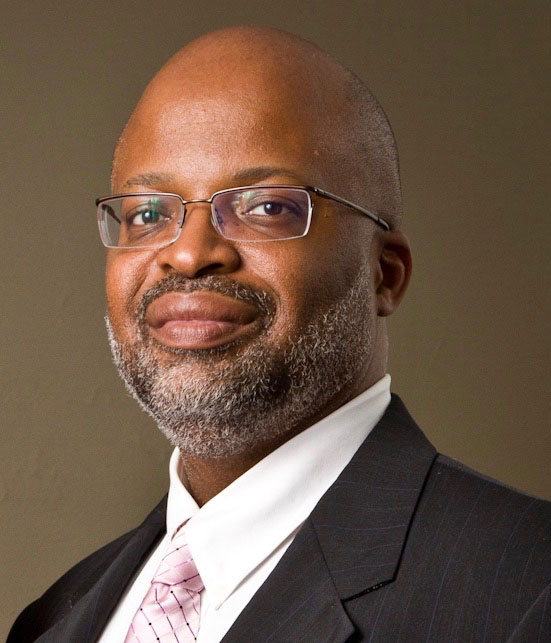 James Haywood Rolling Jr. walked into the Museum of Modern Art in New York City wearing faded jeans, old sneakers and a backpack, just like the rest of his classmates from Cooper Union, a private college in the city. Rolling, still not much older than 16 after having started college a year early, was at the museum with the rest of his lithography class to see a special collection of prints.

As the students moved past the front desk, a security guard asked if he could help Rolling. The guard, who was African American, told Rolling that the delivery entrance was on the side of the building, implying that Rolling was a delivery boy and not part of the class.

“I felt like I had been slapped upside my head with his powerful uniform-clad words, sucker-punched by a representative of the (museum), the institution on whose property I stood,” Rolling writes in his new memoir “Growing Up Ugly: Memoirs of a Black Boy Daydreaming.” “I was left stinging.”

While his white classmates didn’t react at all, Rolling realized he had been singled out because he was the only African American in the group. After explaining he was with the class, Rolling followed the group to another reception area on the upper floor. This time, a white female receptionist singled out Rolling and asked, “May I help you?”

“No, you may not help me! I am with the group!” Rolling said angrily before peeling away from the group and heading to the subway. It was the first time, Rolling writes, when “all I felt was my skin.”

“I was a first-generation college student on a full tuition scholarship at the Cooper Union but no one walking past me could see that. My skin was all in the way,” Rolling writes. “Fully aware of myself as others saw me, I felt ashamed and angry at what I was wearing — not the torn jeans and beat-up sneakers, but the skin.”

Now a Syracuse University professor, Rolling says that day “shook his awareness” that his pigmentation sent signals to people that he was something other than a full-scholarship college student attending a museum exhibit with his class. It was, Rolling says, just one of the earliest examples of the microaggressions, slights and underestimations he has had to overcome in his life.

“From that day I understood I was always going to be perceived differently because of my hue, but I also didn’t want that to be an impediment for me accomplishing the things I was interested in doing,” Rolling says. “I wanted to become a catalyst for other individuals who are likewise traumatized by a society that clearly thinks very little of them and has low expectations for their achievement.”

Rolling, a dual professor of arts education in the College of Visual and Performing Arts and teaching and leadership in the School of Education, has spent his entire career as an educator focused on developing the next generation of diverse, creative leaders who travel paths they weren’t aware they could travel. And that’s why Rolling was the ideal candidate to replace Marcelle Haddix as co-director of the Lender Center for Social Justice at Syracuse University.

Rolling’s appointment will be announced March 4 at the annual Lender Symposium and he will begin his three-year term at the start of the fall semester.

“I’ve never seen a resume with involvement in such a diverse group of areas,” says Marvin Lender ’63, who along with his wife, Helaine ’65, provided the inspiration and funding for the Lender Center. “When you talk to James, you realize he is full of energy and creativity, but what resonates most to me is his commitment to the area closest to our hearts, social justice.”

A Commitment to Students and Social Justice

To fulfill their enduring mission to develop ethical and courageous citizens, Marvin and Helaine Lender provided a generous $5 million gift to create a multidisciplinary center that would include research support, symposia, and faculty and student fellowships. The Lender Center for Social Justice launched in September 2018, and Haddix, Dean’s Professor in Reading and Language Arts in the School of Education, and Kendall Phillips, professor of communication and rhetorical studies in the College of Visual and Performing Arts, were named as the inaugural co-directors.

Haddix’s three-year term is ending, and Phillips’ term will end next year.  The idea of limiting a co-director’s term to three years, Phillips says, is to prevent “founder’s syndrome,” which occurs when someone who builds a system doesn’t allow it to develop and grow.

“Marcelle and Kendall have made an incredible contribution because they have set, not just the tone, but the structure on how the center will operate and the procedures by which we’ll be guided,” Marvin Lender says. “That’s very important, because we were starting from scratch and there was no model for this. To their credit, they have set the foundation here so that James and the people who will follow will have a starting point.”

With Rolling, Phillips says, the Lender Center found a co-director who will adhere to the center’s principles but also bring a fresh perspective. Phillips and Rolling previously worked together in the College of Visual and Performing Arts, where Phillips was an associate dean of research and graduate studies and Rolling was VPA’s first Director of Diversity, Equity and Inclusion.

“James is a tremendously accomplished scholar; his resume is staggering,” Phillips says. “And I think what really makes James stand out, to me, is that he combines a very impressive intelligence with a wide-ranging vision and a deep commitment to issues of social justice, equity, inclusivity. He really brings that full package.”

Rolling’s reach extends nationally as he is the incoming president of the National Art Education Association (NAEA), where he currently serves as Chair of the association’s Equity, Diversity, and Inclusion Commission.

Like Phillips, Haddix has had several opportunities to collaborate with Rolling on community-engagement and literacy-focused projects, and she considers him a mentor as she has moved up the academic ranks. Haddix says the Lender Center position was “a natural progression” for Rolling as more of his local and national work has centered around diversity, equity and inclusion.

“The Lender Center’s main mission is supporting and cultivating student leaders who are socially just and equity-minded, and I know James to be a committed and passionate teacher, educator and advisor to his students,” Haddix says. “That love and commitment to teaching and education is an important attribute to being one of the co-directors.”

If Archie Bunker Isn’t the Enemy, What Is?

On Feb. 27, Rolling presented “Strategies for Effective Intervention into Systemic and Structural Inequities” at Syracuse University’s first Racial Equity Academic Symposium. His talk focused on how humans are immersed in, sustained through, and sometimes imperiled by various types of systems. 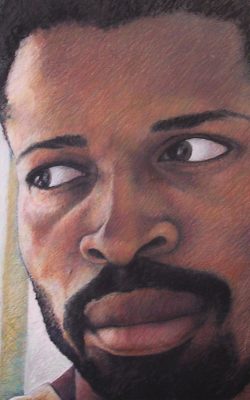 Since the murders of George Floyd, Breonna Taylor and Ahmaud Arbery in 2020, Rolling says he has turned his focus to researching how a thorough understanding of the nature of systems can become an advantage in the effort to effectively dismantle what is typically termed “systemic racism.” Last summer, at the request of the NAEA’s executive director, Rolling wrote an open letter to art educators that explored how to construct an anti-racist agenda based on the understanding that the primary problem is not individual mindsets, but actually the systemic conditions that produce those mindsets.

“Archie Bunker isn’t the enemy, it’s the systems that produce the Archie Bunkers,” Rolling says, referring to the famously bigoted TV character from the 1970s sitcom “All in the Family.”

Rolling’s recent activities – his diversity, equity and inclusion roles with the College of Visual and Performing Arts; the open letter and his recent presentation at the university’s Racial Equity Academic Symposium; and his new memoir which is dedicated to youngsters who are looking to discover their own creative superpowers – are all the result of a lifelong journey that will continue at the Lender Center.

“I’ve always frankly thought of myself more as a creativity educator than an arts educator,” Rolling says. “So my interest has always been, how do we create a better society and greater common ground? How do we create better functioning and better relationships? How do we create effective communication and transformation?”

In other words, how can you redirect and educate the Archie Bunkers before they become Archie Bunkers, and what can the Lender Center bring to this effort? A former architecture school major at the Cooper Union before switching to fine art, Rolling is planning to build a few working models to find out.

“One of the avenues the Lender Center might be able to explore is, how do you redesign the behaviors of institutions and structures that are resistant to change?” Rolling says. “I’m going to keep up my own scholarship about these matters and hopefully there’s a synergy between what I and Kendall and other directors who follow behind us – as well as future student and faculty fellows – can all do that will help inform that key question.”

The time is not just right for Rolling, it’s right for all of us. From the Floyd, Taylor and Arbery murders to the Jan. 6 riot at the U.S. Capitol, the last year has told us we are long overdue for change, and it’s time to start looking deeper at the reasons why it has been so difficult to change.

“We’re at a pretty low point, and we keep going down. We’re anything but turned around in this country,” Lender says. “The Lender Center is not the answer to all of the problems we are having, but we can make a contribution and do the right thing, and to do that we need the right people in place. James is one of those people.”