Nearly 6,000 workers at an Amazon fulfillment center in Bessemer, AL are voting this month on whether they want to join the Retail, Wholesale and Department Store Union. It could be the first Amazon warehouse union in the country. 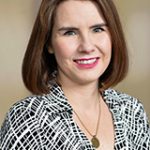 Lynne Vincent is an assistant professor of management with expertise in industrial and labor relations at Syracuse University’s Whitman School of Management. She says:

“This unionization movement is not just about those workers at the Bessemer, AL warehouse. This is part of a more complicated conversation about the treatment of low-wage workers and workers of color. This is part of the racial reckoning and economic equality reckoning facing our nation.”

Prof. Vincent answers questions related to the ongoing unionization efforts, and is available for media interviews and individual questions as well.

Q: Pres. Biden appeared to lend his support to this unionization effort over the weekend. What is the significance of a sitting president voicing support to this cause? And from a labor history perspective, is this historic or unusual?

A: Over the last 30 years, there has been a fairly public and significant government response against unions. One relevant example is August 5, 1981, when President Reagan fired 11,359 air-traffic controllers two days after they went on strike for increases in pay and a shortened workweek. That action harmed not only the striking workers but the industry in general. Other presidents have enjoyed the support of unions, but President Biden’s claim to be a pro-union president is notable. Recent presidents have not been as vocal in their support.

Historically, workers have less power than organizations. If a president lends some of his or her power to support workers, that is valuable. It amplifies the voice of the workers and lends legitimacy to their cause. One of the notable aspects is that more people with power from different backgrounds and domains are speaking out in support of the workers. NFL players should receive credit because they were some of the first public supporters. Stacey Abrams, Daniel Glover, Tina Fey, and Bernie Sanders also publicly supported the workers’ unionization efforts.

Q: What would be the significance if this union measure does not pass? What message would this send to other workers seeking union representation in their workplaces?

A: It would be a signal that more work is needed to be done. One vote for unionization can signal that success is possible, but a vote to not unionize is not an indication that unionization is not possible. To be clear, a victory for the union and the workers would be monumental and incredibly important. However, if the vote fails, the movement does not fail. Movements take time, and this movement is gaining momentum.

Epic vs. Apple Decision Avoided the Most Difficult Antitrust Issues

Developers like Epic Games, which is the creator behind the popular game Fortnite, will be able to use alternative payment systems within the Apple platform, according to a recent legal decision. Earlier this month, a judge ruled that Apple was…

What do seatbelt laws and vaccine mandates have in common?

Throughout the United States, there are people who have come out strongly against mask or vaccine mandates. But Syracuse University assistant professor Kyla Garrett Wagner, who studies the relationships between public health and the First Amendment, says that laws and…

Merkel Prepares to Step Down With Legacy of Tackling Crises

The AP wrote, “Angela Merkel will leave office as one of modern Germany’s longest-serving leaders and a global diplomatic heavyweight, with a legacy defined by her management of a succession of crises that shook a fragile Europe rather than any…

A state of emergency was declared in New York on Sept. 2 following the torrential rainfall and heavy flooding in many parts of the Northeast last night. At least 10 deaths have been reported across Maryland, New Jersey and New…

On Aug. 31, the last of the American troops left Afghanistan. In an afternoon address, President Biden spoke extensively about the costs of war for American servicemembers and veterans and the lasting impacts on their mental health. Kenneth Marfilius is…