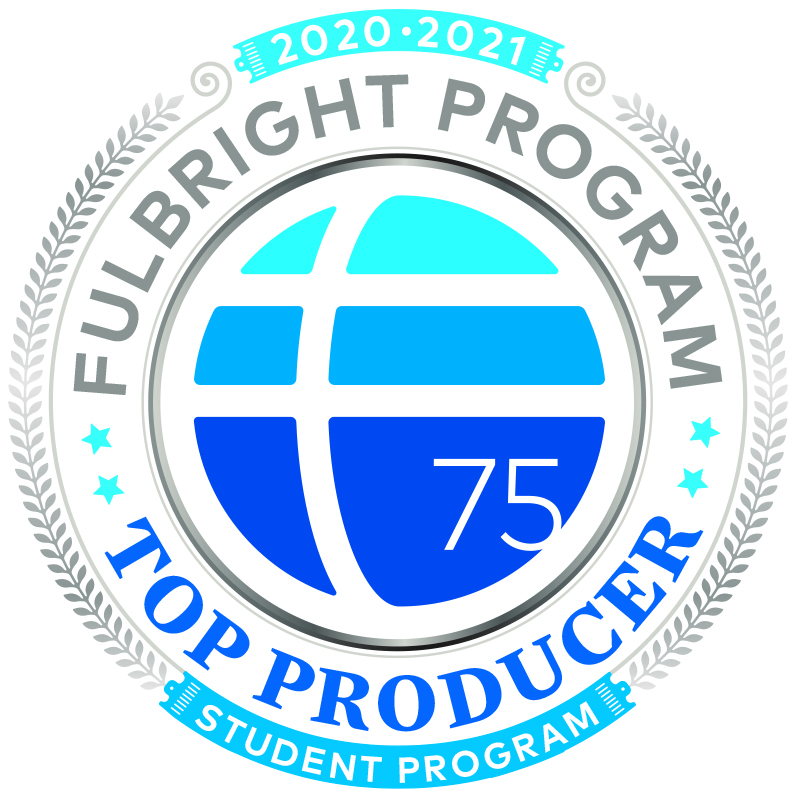 Syracuse University has been included on the list of U.S. colleges and universities (doctoral institutions) that produced the most 2020-21 Fulbright U.S. students. The announcement is made annually by the U.S. Department of State’s Bureau of Educational and Cultural Affairs (ECA), the government’s flagship international educational exchange program. The list appeared in the Feb. 15 issue of The Chronicle of Higher Education.

“The entire Syracuse University community shares my pride in our Fulbright scholars and the faculty and staff who work together to support them through the application process.  Their success shows the world that Syracuse University is a place for students whose ambition to make an impact and global perspective set them apart as leaders and scholars,” says Chancellor Kent Syverud.

Thirteen Syracuse University alumni were awarded Fulbright awards in the 2020-21 application cycle. The University’s Fulbright applications are facilitated through the Center for Fellowship and Scholarship Advising (CFSA). “This distinction was earned by our extraordinary students and alumni, and was facilitated by the University’s commitment to preparing them to be agents of positive change in the world,” says CFSA Director Jolynn Parker. “It is truly a privilege to work with our Fulbright applicants because they have such vision and dedication.”

The prestigious Fulbright Program was created to increase mutual understanding between the people of the United States and the people of other countries. Fulbright is the world’s largest and most diverse international educational exchange program. The primary source of funding for the Fulbright Program is an annual appropriation made by the U.S. Congress to the ECA.

This year marks the 75th anniversary of the Fulbright Program. Since its inception in 1946, over 400,000 people from all backgrounds—recent university graduates, teachers, scientists and researchers, artists, and more—have participated in the Fulbright Program and returned with an expanded worldview, a deep appreciation for their host country and its people, and a new network of colleagues and friends.

“We are delighted to see that the colleges and universities we are honoring as 2020-21 Fulbright Top Producing Institutions reflect the geographic and institutional diversity of higher education in the United States,” says Mary Kirk, director of the Office of Academic Exchange Programs in the ECA. “In supporting their faculty advisors and administrators who guide their students through the Fulbright application process, these institutions benefit from having their students represent their campus overseas, often inspiring reciprocal exchanges from foreign Fulbrighters. Fulbright U.S. students enrich their educations, advance their careers and make valuable contributions abroad and at home. They also expand their networks by joining the diverse and accomplished group of Fulbright alumni and receiving the professional recognition that comes with being named a Fulbright Student.”

Many of Syracuse University’s 13 Fulbright grantees from the 2020-21 cycle have deferred or delayed their grants in response to their host country’s guidelines related to COVID-19.  Some, however, are currently in country, enrolled in a graduate program or teaching English. 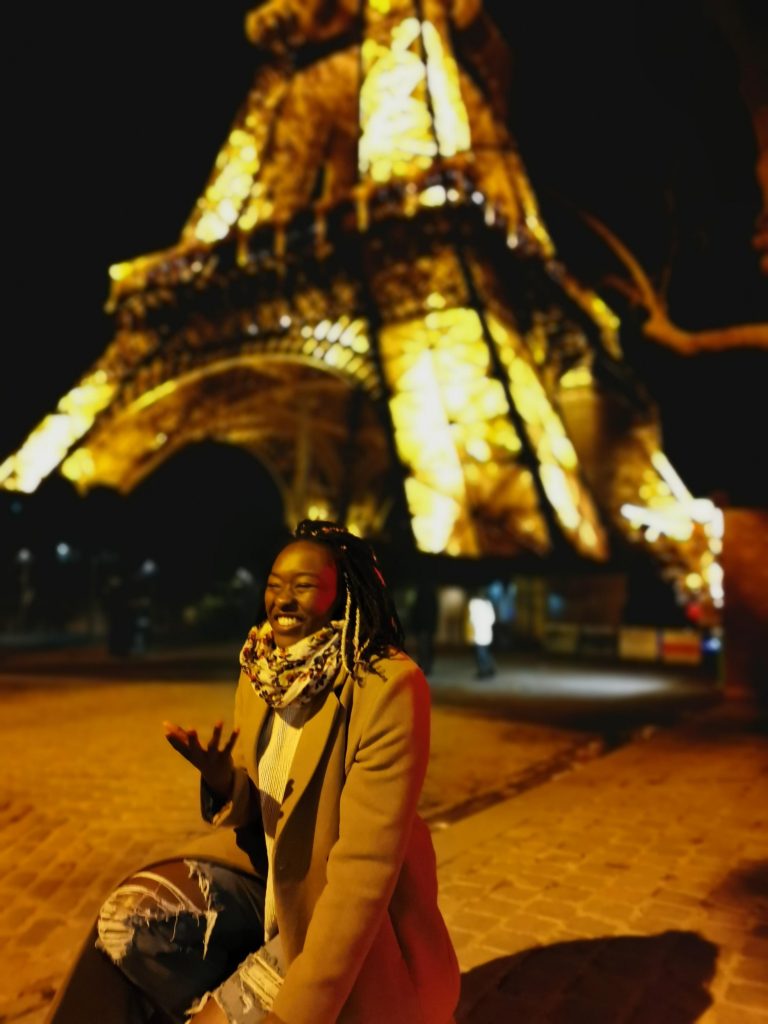 Santita Ebangwese ’19, G’20, who completed a five-year bachelor’s to master’s degree program in biomedical engineering in the College of Engineering and Computer Science, received a Fulbright research award to the Université Paris-Saclay. There, she has been working on the first year of a master’s degree in biology health since late August. “The setup and evaluation of the classes is heavily based on research and making us active scientists, which is a huge reason for choosing this program,” she says. Ebangwese, an alumna of the Renée Crown University Honors Program, has also obtained an internship in a lab at Sorbonne University, where she will be working with plants.

Ebangwese, who was a member of the Syracuse University volleyball team, is now playing on a professional volleyball team in the Elite Feminin league in France. “I love that I have the opportunity of continuing to play volleyball,” she says.

The COVID-19 pandemic delayed the start of the Fulbright experience for Cayla Sharp ’20, an international relations graduate from the College of Arts and Sciences and the Maxwell School, who received an English teaching assistantship award to South Korea.  She is now in the country, where she has been engaged in orientation, including an intensive language course and virtual and in-person seminars, for the past several weeks. She departs for Changwon, the location of her teaching placement, on Friday.

“Once I am at my placement, I plan on engaging with the North Korean Defectors program in Changwon, which is something I am very passionate about as it was the focus of my studies during my time at Syracuse,” she says.

The University is on track to have another notable year in the 2021-22 application cycle. In October, CFSA submitted 50 Fulbright applications for consideration, a University record. Twenty-six students and alumni were recently notified that they have been named as semifinalists. Notifications of awards will happen on a rolling basis throughout the spring.

Fulbright will open its next application cycle in April, with materials due in October. Students and alumni interested in learning more about the Fulbright program and applying in the next cycle, should attend one of CFSA’s online Fulbright information sessions. Information sessions are scheduled for April 30 from 2 to 3 p.m. and May 13 from noon to 1 p.m. Registration for the sessions is now available.