The University Lectures continues its 20th season this spring on Tuesday, Feb. 23, with Misty Copeland, principal dancer with the American Ballet Theater. 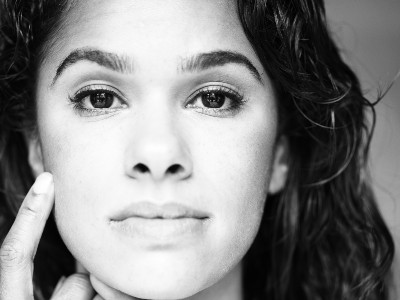 The virtual lecture, via Zoom webinar, will begin at 7:30 p.m. ET. Audience members will be able to submit questions for consideration as part of the experience, time permitting. Those attending should register in advance at lectures.syr.edu to receive the Zoom link. Communication Access Real-Time Translation will be available.

Copeland will be interviewed by Broadway and television actress Shanel Bailey ’19. The lecture is co-sponsored by the Office of Multicultural Advancement.

Copeland began her ballet studies at 13 years old, and at 15, won first place in the Music Center Spotlight Awards. She studied at the San Francisco Ballet School and American Ballet Theatre’s (ABT) Summer Intensive on a full scholarship and was declared ABT’s National Coca-Cola Scholar in 2000. She joined the ABT’s Studio Company in September 2000 and the ABT as a member of the corps de ballet in April 2001.

In August 2007, Copeland became the company’s second African American soloist and the first in two decades. She was promoted to principal dancer in August 2015, making her the first African American woman to ever be promoted to the position in the company’s 75-year history. She made her Broadway debut in the role of Ivy Smith/Miss Turnstiles with the critically acclaimed show “On the Town.”

She has performed in a variety of classical and contemporary roles with ABT, including the title role in “Firebird,” Clara in “The Nutcracker,” Odette/Odile in “Swan Lake” and Aurora in “Sleeping Beauty.”

She holds a number of honors and endorsements, but has found her passion in giving back. She was named National Youth of the Year Ambassador for the Boys & Girls Clubs of America in 2013, and was appointed to the President’s Council on Fitness, Sports and Nutrition by President Obama in 2014. She has been a Turnaround Arts Ambassador since 2016, representing the Gregory Jocko Jackson School in Brooklyn.

Copeland received an honorary degree from the University of Hartford in 2014 for her contributions to classical ballet and for helping to diversify the art form.

Other guests of the University Lectures this season include Stephanie Johnson-Cunningham, agent for arts and culture (March 17) and Nyle DiMarco, deaf activist and winner of “Dancing with the Stars” and “America’s Next Top Model” (March 23).