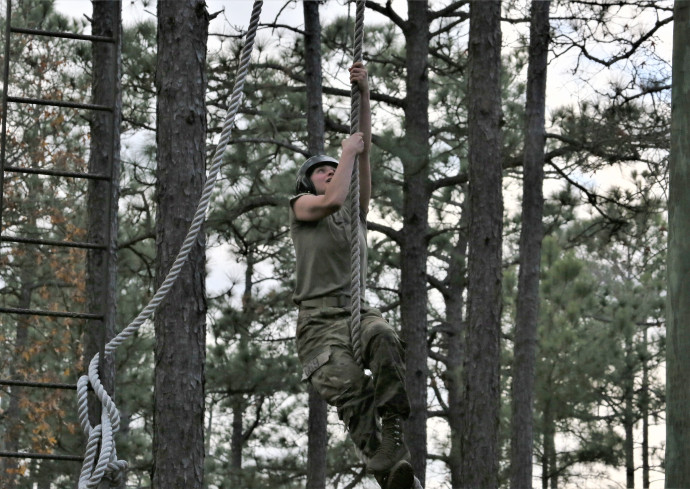 Their success has helped pave the way for other cadets to attend the course in the future. Based on their first-ever attendance and selection, the U.S. Army John F. Kennedy Special Warfare Center and School will now expand the opportunity to all ROTC programs starting in the summer.

Gordon and Little’s selection to attend CAAS will allow them to become active duty civil affairs officers after completing an assignment in their first Army branch. Once they are eligible for promotion as first lieutenants, they will enter a role the Army describes as the “Special Operations community’s warrior-diplomats.”  Using foreign language training, cultural expertise and skilled negotiation, civil affairs soldiers build formal and informal relationships to accomplish objectives in diplomatically or politically sensitive areas.

Gordon and Little’s attendance and subsequent selection at CAAS gives them the opportunity to join the Civil Affairs Regiment as part of U.S. Army Special Operations. They will train in some of the most challenging scenarios and work abroad with a highly specialized team on missions that will influence global operations.

“The potential these young leaders have demonstrated absolutely astonishes me and I could not be prouder of their accomplishment,” says Lieutenant Colonel Jennifer Gotie, Syracuse University’s Army ROTC professor of military science. “They are the future of the special operations community and the important work being done.”

Civil affairs was first mentioned as a possible career path for Gordon when she met Gotie, who is also a civil affairs officer. “I met with her during my sophomore year to introduce myself and discuss my goals and aspirations. As a civil affairs officer she offered insight about her career and experiences, and I was intrigued,” Gordon says. “I had never heard of the Civil Affairs branch before, but it felt perfectly aligned with what I wanted to experience and accomplish in my military career, specifically with language and culture.”

Gordon is a double major in Chinese and Arabic. “I’ve had the opportunity in ROTC to be in leadership positions as a platoon leader last semester, and company commander this upcoming semester,” Gordon says. “This has allowed me to learn and develop my leadership style, attitude and capabilities. I think that is an important understanding going into a course like this, because in Civil Affairs you operate on small teams where everyone is a leader.” 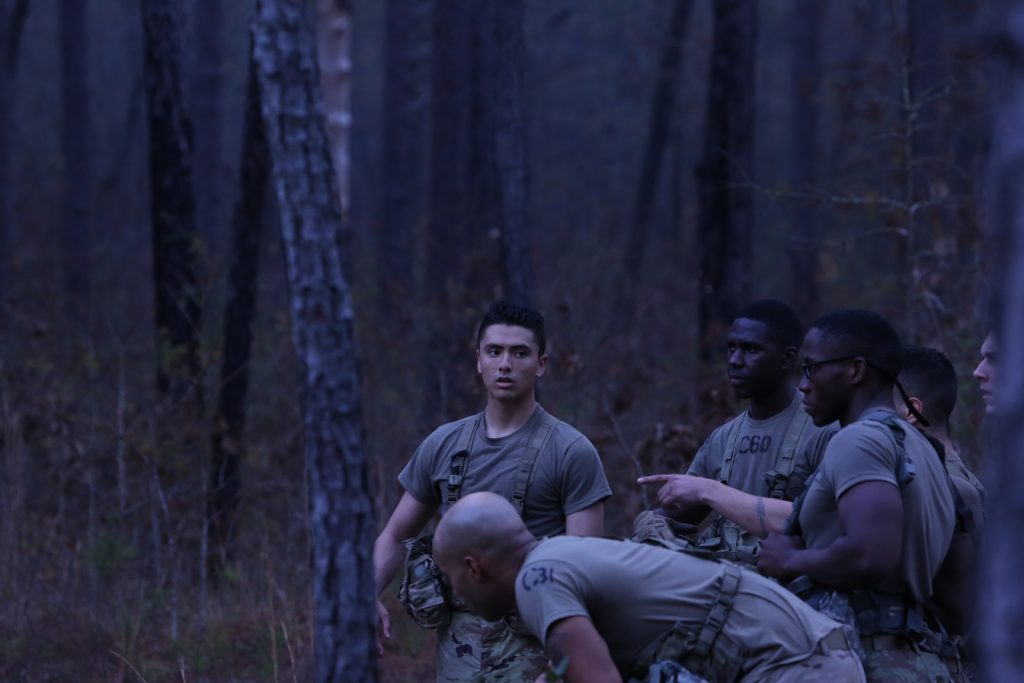 Little had a similar experience. “I knew that there’s Special Forces and these other kinds of branches in the special operations community, but I wasn’t aware of Civil Affairs,” he says.

As a history and philosophy double major, his interests also meshed well with elements of the Civil Affairs mission. An ability to understand the context of global politics while being empathetic to different perspectives helped him in assessments taken during selection.

Little’s experience as a member of Syracuse University’s student ambulance organization was also helpful. Taking emergency calls as an ambulance driver allowed him to be “comfortable being uncomfortable” at selection. “Just having that kind of a balance of knowing that you’re never going to go into a situation knowing everything, really helped me out because I was able to go through these unpredictable circumstances and still come out on top,” Little says.

“These cadets will enter the Civil Affairs training pathway at the earliest possible date and upon completion will have the opportunity for more key developmental time as a Civil Affairs team commander,” Goins says.

Goins says he hopes Gordon and Little took away a valuable set of insights on their strengths and weaknesses—both  physical and mental. Along with the practical application of their individual skills in a small team, the course exposed them to a wide breadth of leadership styles, an extremely diverse collection of soldiers, and challenges that are not entirely unique to the Civil Affairs Regiment, says Goins.

Gordon says they would not have had this opportunity without the advocacy of Gotie. “She came into our program and right off the bat was trying to make opportunities happen for cadets that we didn’t even know were possible,” says Gordon. “She saw us and felt that we embodied some of the right characteristics to be successful in this career, so she fought for this possibility and we are both extremely grateful for it,” Gordon says.

Little agrees and is happy Syracuse University Army ROTC allows him to strike the balance between college life and his future in the U.S. Army. “This selection course is not something that cadets ever went to, but because of Lieutenant Colonel Gotie’s background, she knew some people and she got some sponsors to get us to go. We were lucky to attend.”