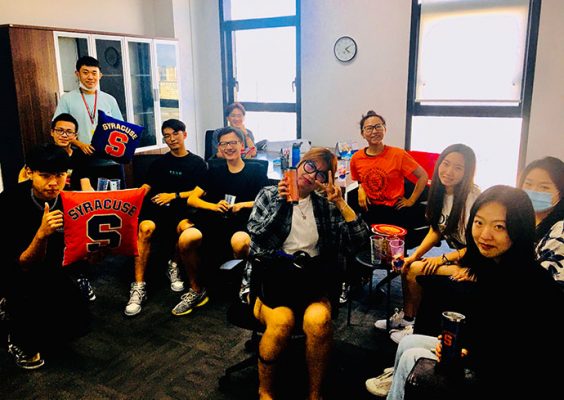 Members of the Student Representative Council, formed by the Syracuse in Shanghai program

The travel restrictions put in place due to COVID have kept many newly enrolled international students home as they were about to begin their coursework at Syracuse University. The majority of these students live in China, so the University partnered with the Council on International Educational Exchange (CIEE) and East China Normal University to establish the Syracuse in Shanghai program.

Within China, the first lockdowns due to the worldwide pandemic had been lifted by the start of the school year for international students in Shanghai. While the public health situation in China enabled a return to some in-person activities, many of these newly enrolled Syracuse undergraduate students were acclimating to the demands of the American education system. This was combined with the challenges faced by most first-year students entering college, like making friends and feeling at home in a new community.

To help give the students a sense of campus community, the Syracuse in Shanghai program formed the Student Representative Council (SRC) to help organize events where students could safely connect for professional development and to socialize.

Ziyu (Connor) Huang, a junior majoring in accounting and supply chain management at the Whitman School of Management, volunteers his time as the program coordinator for the program in China.

Huang is also a member of the Chinese Students and Scholars Association, where he serves as the minister of student activities. Huang says he was motivated to volunteer because he knows what it felt like to arrive in Syracuse and to adapt to living and studying in a new environment. “I’m fresh out of high school when I first get to Syracuse, it made me think of my questions like where to play and where to hang out with my friends, those kinds of questions,” he says. 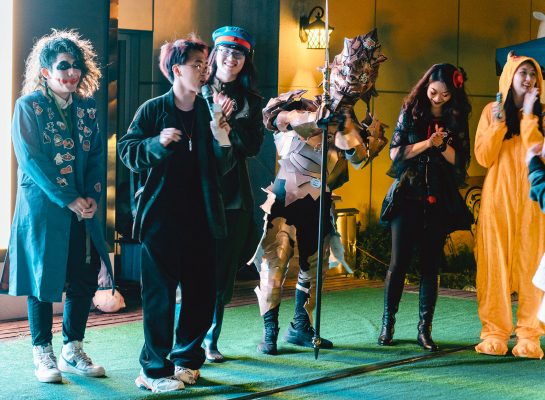 The Student Representative Council helps organize events where students can safely connect for professional development and to socialize.

Helping international students adapt to a new classroom setting is also what motivated biology major Xiaoyang (Gary) Wang. Wang is originally from China, but spent the last four years attending school in Australia before enrolling in the College of Arts and Sciences. He says he is happy to help the students in Shanghai bridge the cultural differences they will inevitably face while going to school in the United States.

“I think in China, we have a more conservative education. There are places where high school students are under strict supervision from teachers and their parents,” says Wang. “Going to a university in America, I think is quite challenging for them. They must control themselves more and they have to organize their lives by themselves. I think that’s the biggest transition for them.”

In addition to social events like a Halloween party, the SRC also helped organize writing workshops and resume building workshops for students.

Members of the SRC say volunteering has also been a positive experience for them. Yixiu (Angelo) Wei, a member of the student council majoring in international relations, says getting involved 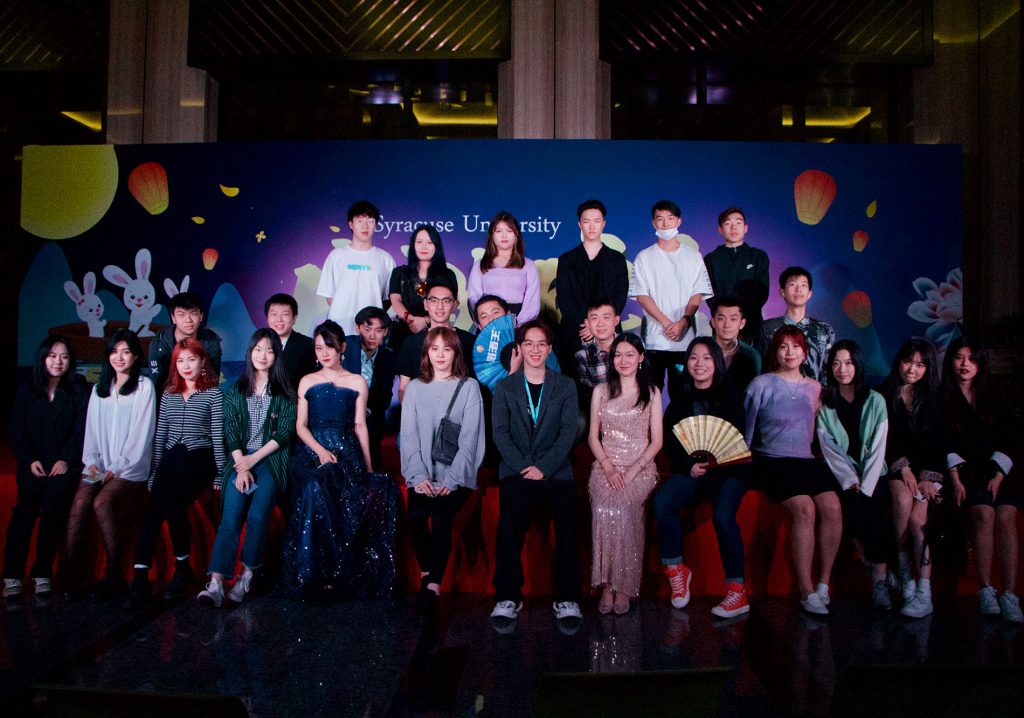 helped him meet new people and expand his social circle ahead of coming to campus. “I work with the SRC because I want to get to know more people, and I want to know more things about Syracuse,” he says.

Angelo has personal experience in the United States education system that can help international students navigate the new setting. He attended school in California, starting in the eighth grade. “I think setting up a student council truly boosted new students’ confidence in their future at Syracuse University,” he says. Angelo says the fact that Syracuse University wanted to ensure the international students in Shanghai could still have a college experience despite COVID restrictions made them feel like valued members of the Orange community.

For first-year student Jiaxin (Jesse) Ma, her time on the SRC spent organizing events has her considering a major in management. “My major is still undecided, but I found what I might like to do in the future by doing all the activities and student council,” she says.

“I think at first it’s very uncomfortable, it’s very unfamiliar how the classes work. After I joined student council, I learned more about every detail during our semester and classes,” Ma says. “Now I can also pass this information to our friends or other students. I think it’s a process which really makes me feel like I have a better understanding and I can really help guide others and answer all their questions.”

Huang says he empathizes with the first-year students because they will have less time on campus due to the travel restrictions. “At the same time, they have to adapt to the education system in United States,” he says.

Huang sees the SRC as a way to welcome these students to the Syracuse community, even if that means not technically in Central New York. “This lets them know that Syracuse University wants to help them join the community,” Huang says. “We organize a lot of activities to enrich the student’s campus life, even though we are in a different country.”