‘A Private Fix for Public Health’ 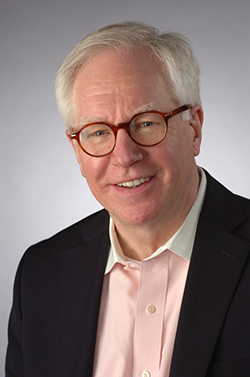 Carl Schramm, University Professor in the School of Information Studies, wrote an op-ed for City Journal titled “A Private Fix for Public Health.” Schramm is an expert on innovation and economic growth, spending a decade as president of the Ewing Marion Kauffman Foundation.

Schramm recalls how before the first cases of the coronavirus emerged in the U.S. public health agencies, such as the Centers for Disease Control and Prevention (CDC), concerned themselves with issues from e-cigarettes to what should be sold at highway rest stops. Schramm argues that the CDC’s activity was wrongly placed, as the agency was not producing any information on how a virus like COVID-19 could spread and how to contain it.

Schramm writes that the CDC’s “arrogance and bureaucracy led to contaminated and delayed testing.” Instead of focusing on the most pressing health issue of the moment, Schramm says that the CDC’s response was delayed and it then employed ineffective restrictions on the American public. Moving forward, Schramm explains that public health officials have been unsuccessful with the vaccine’s rollout, risking countless additional lives.

Ultimately, Schramm writes that “U.S. public health must return to its core function of protecting Americans from transmissible diseases—not from themselves.” To do so, Schramm believes that the CDC should downsize to its original name, the Communicable Disease Center, and private philanthropy should step in to rebuild the nation’s public health infrastructure. “We can’t control when the next pandemic will strike, but we can vastly improve our response by empowering private institutions to bolster, if not surpass, our sclerotic public health bureaucracy,” Schramm says.

To read his commentary in full, visit City Journal.