Poetry and the Super Bowl: two moments that need the other

This Sunday, Amanda Gorman will be the first poet to read an original work before the Super Bowl. Gorman, the youth poet laureate who recited her poem “The Hill We Climb” at the presidential inauguration last month, will be sharing a new work at this year’s Super Bowl.

Bruce Smith, an American poet and professor of English at the College of Arts and Sciences at Syracuse University, reflected on the juxtaposition of poetry at a football championship.

“What poetry lacks is an audience, capital, a fly over by the Air Force, national fanaticism and an anthem, a halftime show with the Weeknd,” said Smith. “What the Super Bowl lacks is the counter voice of poetry, the theater of the interior, a kind of prayer.”

Gorman’s new poem will honor three Americans — Los Angeles educator Trimaine Davis, Florida nurse manager Suzie Dorner and Pittsburgh-based James Martin, a Marine veteran who volunteers with the Wounded Warrior Project and who has taken in local kids facing issues at home — for their work during the coronavirus pandemic.

Her appearance at the inauguration was dazzling and important, said Smith. 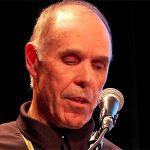 “The fact that she shares a speech disorder with the President amplifies the moment for me.  Clearly, she’s been influenced by the play, Hamilton and old school rappers, Rakim, and Notorious B.I.G. as well as Lauryn Hill.  I hope her poem serves to introduce the power of oral, performative poetry and makes listeners curious about the poetry that has immediately preceded hers, the work of Gwendolyn Brooks, Rita Dove, Wanda Coleman, and Patricia Smith.  She comes from a great line of American orators, Martin Luther King, Angela Davis, Malcolm X, Fredrick Douglass, and Sojourner Truth,” said Smith.

Bruce Smith is the author of several books of poems, including Spill (2018), Devotions (2011), Songs for Two Voices (2005), and The Other Lover (2000), a finalist for both the National Book Award and the Pulitzer Prize. He played college football for Bucknell University where he earned his undergraduate degree in 1968.