‘Democracy on Trial: Can We Save It?’ 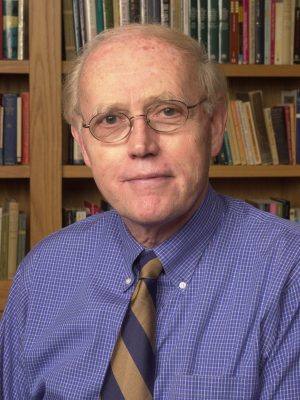 James Roger Sharp, professor emeritus of history in the Maxwell School, wrote an op-ed for Syracuse.com titled “Democracy on trial: Can we save it?” Sharp is an expert in American political history, having researched and written extensively about the history of early American politics.

Sharp recounts how 2020 will be remembered as a year where America faced a litany of obstacles. From the COVID-19 pandemic to economic disaster and the worsening climate crisis, Sharp says America has endured a year of devastation that has only been intensified by political turmoil.

Sharp writes that President Trump’s “illusions of grandeur and authoritarianism” during the past year have put the safety of American democracy at risk. Trump’s refusal to recognize the legitimacy of the election not only questioned the power of democracy but also led to the recent violent attacks on the Capitol, says Sharp. Sharp believes the only way for democracy to survive is to have “public confidence in the rule of law and regular and fair elections,” and any efforts to destroy these systems effectively destroy democracy.

While many citizens never question the lasting strength of America’s democracy, Sharp and other historians warn that a democratic heritage does not ensure an unthreatened democracy, as many other nations have seen trends away from democracy. Ultimately, Sharp questions whether the governmental structure put in place in the 18th century has the capacity to “deal with 21st-century catastrophes.”

To read his essay in its entirety, visit Syracuse.com.