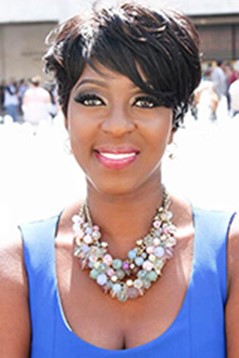 The audiobooks are narrated by the author and are also available in video form, featuring artwork from the original print books. Educational materials and discussion questions are included for educators and caregivers, designed to spark conversation and foster understanding for younger listeners.

Both stories offer important tales of triumph in the face of extreme adversity. These Access Audio productions have been made available as a gift from the Syracuse University Libraries’ Special Collections Research Center. Links to the materials are available on the Sound Beat website.

“The Emancipation of Grandpa Sandy Wills” uses actual Civil War military records as a backdrop, detailing Sandy’s journey from a suffocating slave plantation to a Union Army camp, then on to a new life as a free man. Featuring Carter Boone as Grandpa Sandy.

“Emma” would become Sandy’s wife, and grew up a brave and strong enslaved woman who had to fight for everything in her life—her freedom, her hope and her dream of education for her family.

Wills ’89 (S.I. Newhouse School of Public Communications) has received awards from The Associated Press, New York Press Club and Newswomen’s Club of NY Front Page Award, as well as a medal of excellence from the prestigious United Nations Correspondents Association. In recognition of her career, the veteran journalist received an honorary doctorate from New York College of Health Professions in May of 2005.

Wills was the first journalist invited to speak before the General Assembly of The United Nations in March of 2011 about the impact of slavery on her family during the UN’s International Remembrance of Victims of the Transatlantic Slave Trade. More about Cheryl Wills’ background and story can be found in this interview.